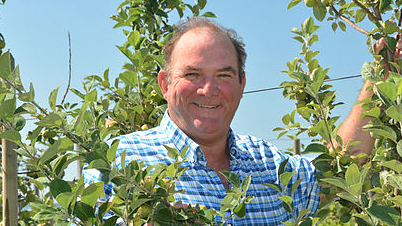 A late Prince Edward County resident who was instrumental in the emergence of Ontario’s commercialized cider industry will be inducted as part of the 2019 class of  the Quinte Agricultural Wall of Fame at Farmtown Park in Stirling next month.

The Wall of Fame committee announced this week two couples and one posthumous winner will be honoured when the Quinte Agricultural Wall of Fame holds its 14th annual induction ceremony on September 15. The Wall of Fame honours those who have made outstanding contributions to agriculture and the food industry. 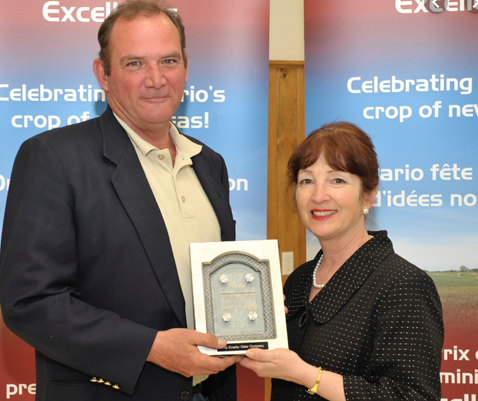 The late Grant Howes pioneered planting cider and heritage apple varieties in Ontario for the express purpose of making ciders in the mid-1990’s and was both a pioneer in cider production and unrelenting champion of the province’s craft cider industry, campaigning and lobbying on behalf of fledgling producers for many years up until his sudden passing in January, 2017.

Jennifer Dean told the Gazette her late partner would have been proud and thrilled to be part of such a wonderful collection of leaders in Quinte agriculture and certainly wouldn’t have wasted the induction ceremony to promote cider.

“He was always trying to work and create the perfect cider, balancing sweetness and acidity. Every year he would come up with something new and say ‘This is it, I think I’ve found the right combination’,” Dean said.

A member of the close knit farming community of Prince Edward County, Dean explained Howes venturde into the production of cider was a way to save the farm which had been in the Howes family since the 1970’s.

“Grant was really sad to see a lot of the Prince Edward County orchards go by the way side and the County Cider Co. was a way of saving the family farm,” Dean added. “He was always so encouraging to other apple producers that the cider industry was a way to preserve farming and he would sit down and help anyone that wanted to talk about growing cider apples and producing cider.”

Howes undertook a number of occupations before working for a cider producer in BC.

This convinced him to return to the home farm in Waupoos where he produced his first commercial cider in 1996. The following year, Waupoos Apple Cider was in full production and from those early creations, the County Cider Company has grown into an internationally renowned cider producer.

“Grant grew, grafted and experimented with cider specific apple varieties and cultivation techniques to suit the blends he wanted for his prize winning ciders. He always shared his knowledge with others and gave innumerable talks around the province, Canada and beyond,” nomination committee member Wilma Courneyea said.

Howes was a founding member of the Prince Edward County Wine Growers Association, Fruit Wines of Ontario Association, and Ontario Craft Cider Association. He taught Wine Technology at Loyalist College, and was an advisor to the Niagara College Winery Program.

Behind the scenes,  Howes worked tirelessly for fair taxation for Ontario wineries cider producers and small distilleries, and these businesses in Ontario are indebted to the Waupoos apple grower and cider producer for his efforts. Despite personal and commercial successes, Howes never forgot his roots and contributed to numerous community ventures including the St.John’s Church, The Prince Edward County Firefighters, County of Prince Edward Libraries and raised funds for children with autism as well as the Family Resource Centre at CFB Trenton.

Beverages from the County Cider Company have received many gold, silver and bronze medals in competitions in Ontario, North America as well as the prestigious UK International Cider Challenge.

Howes is joined by a pair of dairying couples from either end of the Quinte region.

John and Mary-Lou Sonneveld of the Napanee area and Marvin and Shirley McComb of Northumberland County will also have their efforts recognized at Farmtown Park next month.

The induction ceremony will take place Sunday, September 15, at 2:00 pm at Farmtown Park, in Stirling, where the Quinte Agricultural Wall of Fame resides.