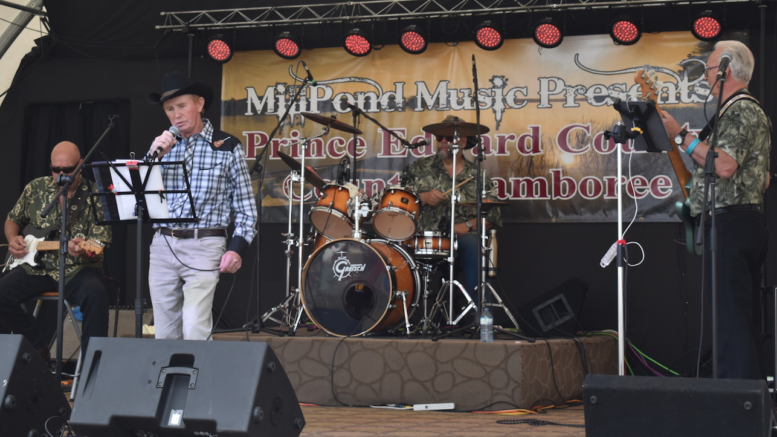 The Country Music Jamboree graced the wilds of Prince Edward County for a fifth year in a row this past weekend. Over 100 people congregated and parked their travel trailers on the site of the jamboree, which took place from Thursday evening to Sunday afternoon south of Cherry Valley. 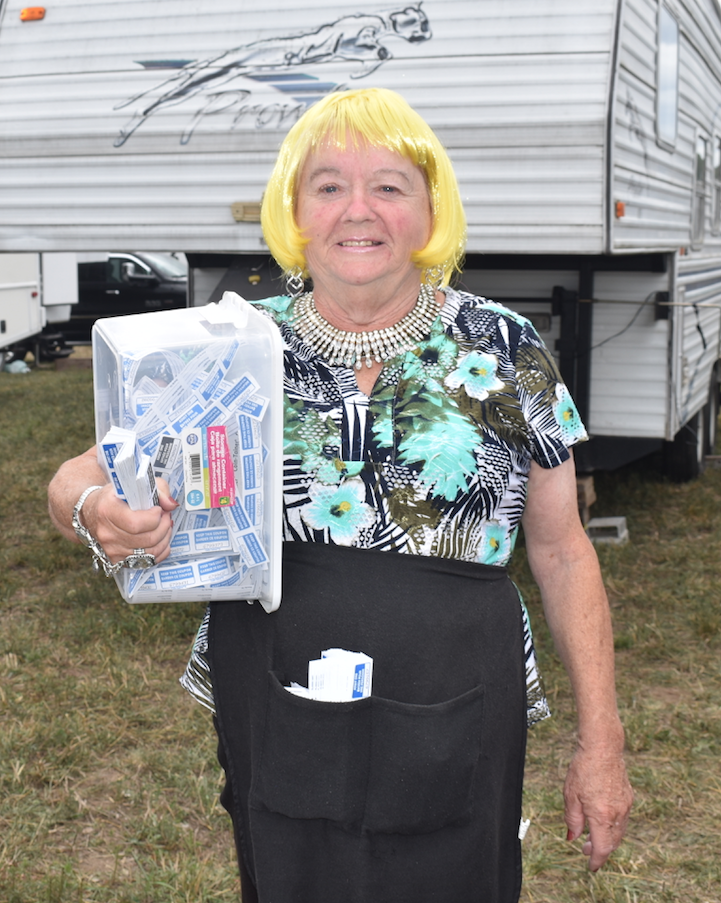 Of the many performers and attendees of the annual classic country music appreciation weekend, some stood out more than others. One such person was Gloria Pearson, an unmistakable performer and attendee, sporting a neon green wig, who was also selling 50/50 tickets.

“You meet a lot of nice people and they become your friends when you come year after year and I’ve been coming many years,” said Pearson.

“I’m a performer myself,” she told the Gazette. “I prefer the old, classic country. I play bass and rhythm guitar. My uncle had a band so I grew up with country music.”

Greg Verner, who co-hosts the event with his wife, Shane, also spoke with the Gazette about the success of the event and what propels them to bring the Country Music Jamboree back each year.

“We love it here. This is a great spot and people really enjoy it. It’s just a fun, good old fashioned sort of thing-and there’s lots of great music over four days,” enthused Verner.

Verner explains that he and his wife first began hosting the jamboree at the Milford Fairgrounds. But, after hosting close to 70 trailers the first year, they quickly grew in number to 150-200 people. The popularity of the jamboree required they take advantage of a bigger site available in Cherry Valley.

The home of the Jamboree is now fallow land on County Rd. 10 just south of the village.

“We’ve had really good community support,” said Verner. “This year we’ve got a lot of County businesses that came onboard, such as Quinte Isle Campground, Barley Days Brewery, Hagerman Farms, Home Hardware and Evans Lumber. They are really active in supporting us,” said Verner.

Verner also explained that they’ve worked closely with local campgrounds who can help handle any overflow at the jamboree.

With those travelling from the United States, Newfoundland and other far flung regions, the fifth Country Music Jamboree brought a small army of country music fans to the otherwise sleepy Cherry Valley.