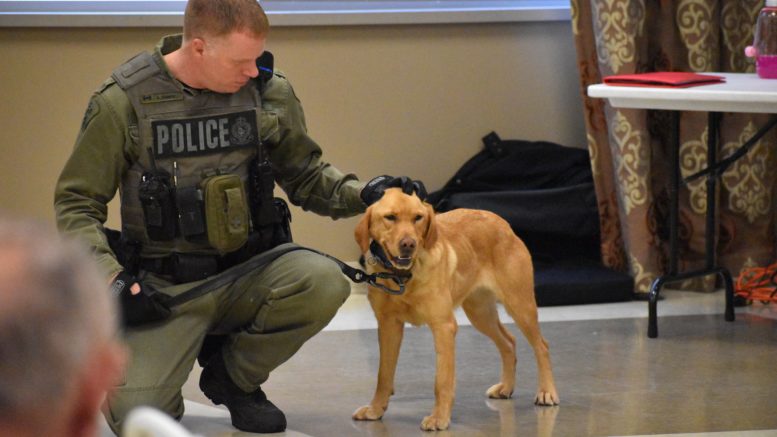 Well this instance might not make the national headlines of her previous rescue, Zoe, the search and rescue dog from the Prince Edward County detachment of the Ontario Provincial Police was pressed into action on Tuesday.

And in much more familiar territory.

According to Provincial Constable and Community Safety Officer Derrick Osmond of the Quinte West detachment, officers from the Prince Edward County Ontario Provincial Police (OPP), OPP Emergency Response Team (ERT) as well as the OPP Canine Unit responded to a report of three adults missing in the woods in the area of County Rd. 7 in North Marysburgh ward just before noon on Aug. 27.

“The three parties were visiting friends and decided to explore a wooded area of the property. The homeowner called police after becoming concerned for their safety when they failed to return,” Osmond said in a press release.

Zoe and her handler Constable Scott Gannon with the assistance of OPP ERT searched the wooded area and found the missing persons approximately 2.5 kilometres away from their starting point.

The missing persons were found in good health with no injuries and were returned to the home.

Zoe and Gannon made national headlines earlier this summer when the canine and Constable Gannon helped located a pair of wayward campers in Algonquin Park.