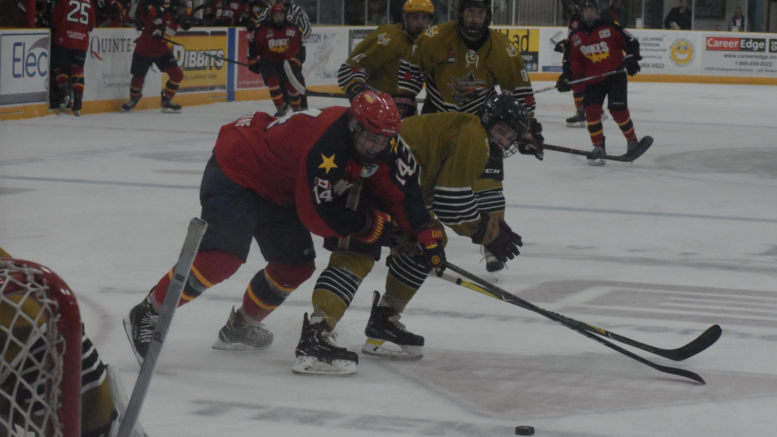 The comfy confines of the Duncan MacDonald Memorial Arena were anything but for the visiting Wellington Dukes on Friday night as the local Ontario Junior Hockey League squad were swept aside by the host Trenton Golden Hawks 4-0. 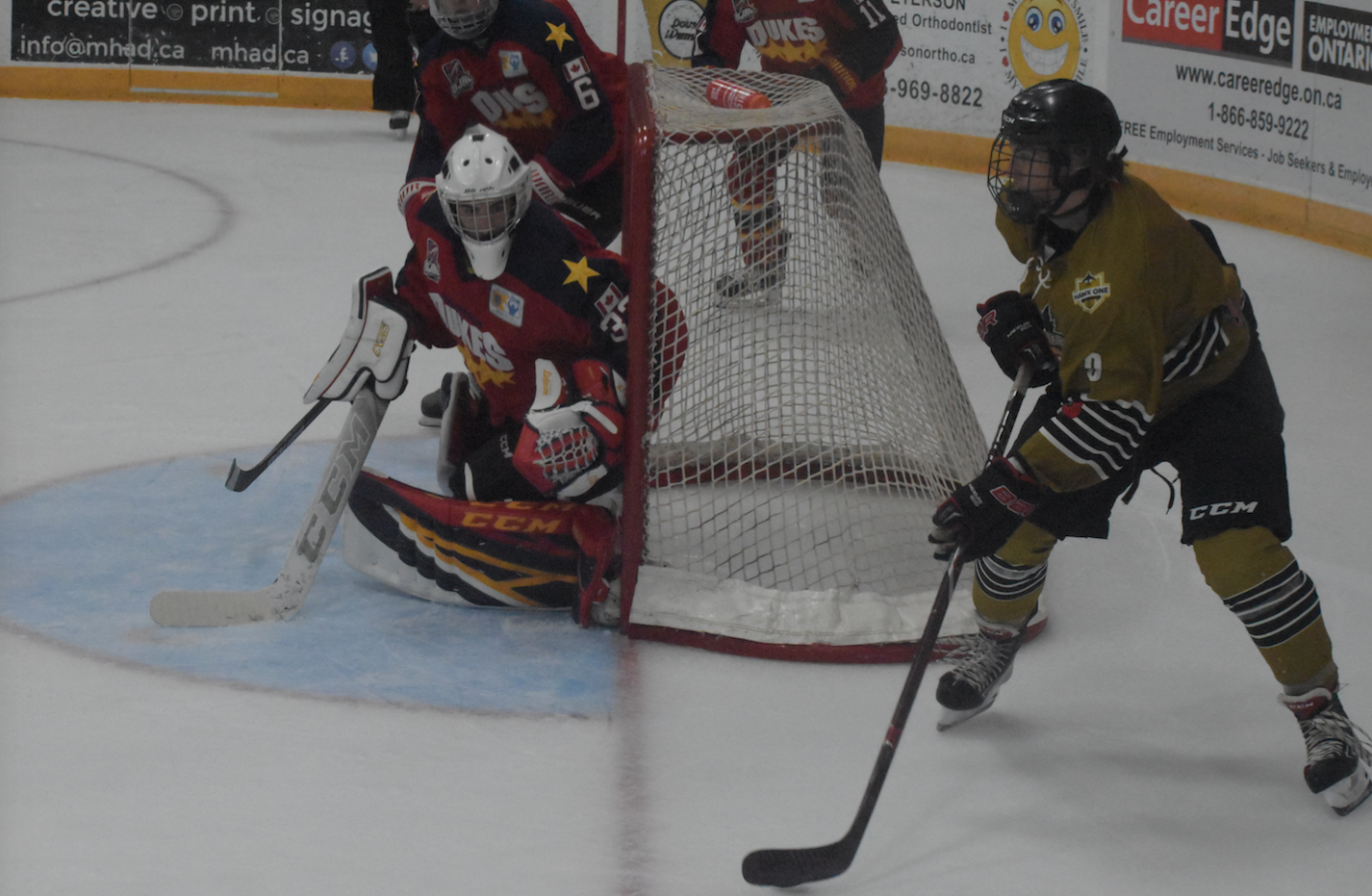 After a scoreless first period in which the Dukes were outshot but had the lion’s share of quality scoring chances, former Duke Dalton Bancroft would notch his first of two goals 5:41 into the second, beating Wellington starter Kyle Renaud for the game’s first goal.

Later in the frame, Trenton captain Samuel Duchesne put the hosts up a pair when he beat Renaud clean off a Griffen Fox feed.

Down 2-0 at the start of the third, a Colten Hayes interference minor just 45 seconds in came back to haunt Wellington as the Bancroft converted for a power play marker at the 2:45 mark.

Renaud made 36 saves in the loss while Trenton starter Anand Oberoi stopped all 26 shots sent his way by the Dukes.

The Dukes open the season at Lehigh Arena on Friday night when the Brampton Admirals sail into town for a season-opening tilt.

The Dukes play their first road game on Sunday in Milton against the relocated Newmarket Hurricanes club now labeled the ‘Menace.’