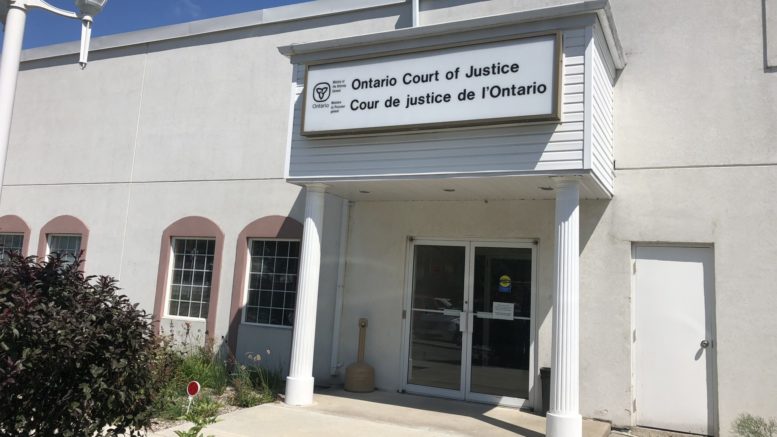 A young Prince Edward County man has been charged in relation to a suspected case of arson in west Picton last month.

On Wednesday August 14, at about 11:00 p.m. Prince Edward OPP officers were requested to assist Prince Edward County Fire and Rescue  who attended to a fire after a witness had observed flames on an un-assumed road that starts at Skutter Street going from Kingsley Road to Inkerman Street in Hallowell Ward.

The following day,  officers attended the area and determined that a Liebherr model 631 bulldozer had been parked on the un-assumed road and was purposely set on fire the night before and is being deemed as an arson.

The property is valued at approximately $30,000 and the Prince Edward OPP Crime Unit have been engaged in assisting with the investigation.

Daniel Geertsma, 18, of Prince Edward County, ON has been charged with one count of Arson – Damage to property – Section 434 Criminal Code. The accused has been released from custody and is scheduled to appear in the Ontario Court of Justice on Wed., Sept. 18, 2019 in Picton.

Geertsma was originally scheduled to be in court that day to answer charges relating to his role in a break-and-enter that occurred at a Picton-area business during the Civic holiday.

Investigators are continuing to follow-up this incident in relation to a second suspect possibly associated with the fire.

OPP are asking that anyone with information regarding this incident to contact the OPP Provincial Communications Centre at 1 – 888 – 310 – 1122. Should you wish to remain anonymous, you may call Crime Stoppers at 1 – 800 – 222 – 8477 (TIPS) or leave an anonymous online message at wepay@lks.net where you may be eligible to receive a cash reward of up to $2,000 or go to www.crimestoppersquinte.ca