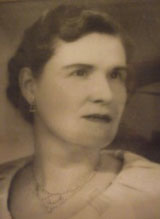 Dorothy Elizabeth (nee Bannister) passed away peacefully in her 94th year on Friday, September 6, 2019 at West Lake Terrace , RR1 Picton, Ontario. She was a resident of Prince Edward County her whole life.She was predeceased by her husband Ross Leonard Ferguson (1993), mother Sadie Bannister, father Morley and her brothers Carl, Laverne and sisters Marlin, Erma and Agnes. She is survived by her children Jerry (Doris)of Barrie, Roger of Belleville and Robert (Shelley) of Green Point as well as, her grand children Debora, Peter, Erica, Kristy, Patrick, Brenda, Karen, Brent (Lewis) and great grandchildren Victoria, Matthew, Andrew, Jacqueline, John, Sara, Christopher, Zack, Angus, Keagan, Ayden, Isabella and Rhianon, Robert, Cheyanne, Allen, Brooklyn and great-great grandchildren PJ and Cassandra. She was a great mom and will be remembered as a great wife who spent much of her time encouraging her children to be their very best. She was presented a Life Achievement Award in 2018 by Mr. Todd Smith, Quinte MPP. Dorothy was a devout Christian who lived her entire life around strong religious morals. She was an advocate in her faith and a very giving person. She was ready to join her husband. The family would like to thank the health care professionals at West Lake Terrace and the Prince Edward County Memorial Hospital for all their help and kind attention. We would like to thank all her friends who gave their time, support and well wishes. We would also like to give thanks to Hicks Funeral Home for all their assistance and thank Pastor Ross Kingston for his inspiration. Special thanks to Jackie Maxwell and Dr. Arul. Funeral Service will be held at Hicks Funeral Home, 2 Centre Street, Picton, on Wednesday September 11, 2019 at 2 pm. Visitation will be from 1 pm until the time of service. Reverend Ross Kingston to officiate. Condolences may be forwarded to the family through Hicks Funeral Home at www.hicksfh.com. Interment will be held following the funeral service at Cherry Valley Cemetery. Donations to the Prince Edward County Memorial Hospital Foundation in Dorothy’s name would be appreciated. Arrangements entrusted to Hicks Funeral Home & Cremation Centre, 2 Centre Street, Picton. 613-476-5571 www.hicksfh.com