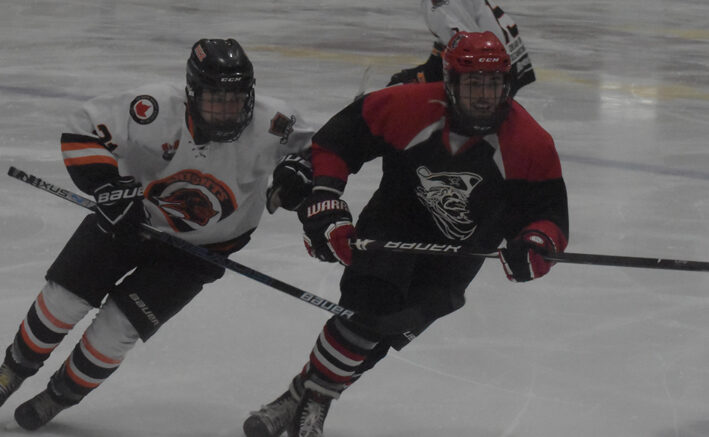 It wasn’t exactly how the Picton Pirates wanted to cap off their 2019 preseason but a pair of back-to-back losses- one of which was as hotly contested as a preseason tune up can be- at least allows the local Junior C hockey club to take stock in what they have and what might need to be developed over the course of the upcoming campaign.

The loss came on the heels of a mid-week 1-0 loss in Gananoque where Picton scored a goal in the dying second of the third to apparently tie the game but the tally was washed out-erroneously according to Picton.

The pair of preseason defeats leave Picton’s preseason record at 1-3-0 as they steam towards Sunday’s Provincial Junior Hockey League season opener in Gananoque against the Islanders. Picton returns back to the comfy confines of Huff Estates Arena on Thurs, Sept. 19 when they host the defending Schmalz Cup champion Napanee Raiders.

In speaking about the 6-3 loss to the Knights after Tuesday night’s practice in Wellington, Pirates bench boss Tyler Green said allowing a goal early to North Kawartha wasn’t the start Picton wanted.

Just 1:19 into the first, a puck off the stick of Joe Crothers skipped past Picton’s Brennan Bush to give the Knights an early lead.

For a club that’s going to need to develop scoring or at least puck distributors for the likes of snipers such as Griffen Conger, Nate Boomhower and Matt Poole, getting into fire fights with opposing clubs might not be the best option.

“I think we have some guys that can put the puck in the net but we want to see who can respond when our backs are against the wall and the preseason was a good test at indicating who is ready and who isn’t,” Green told the Gazette. 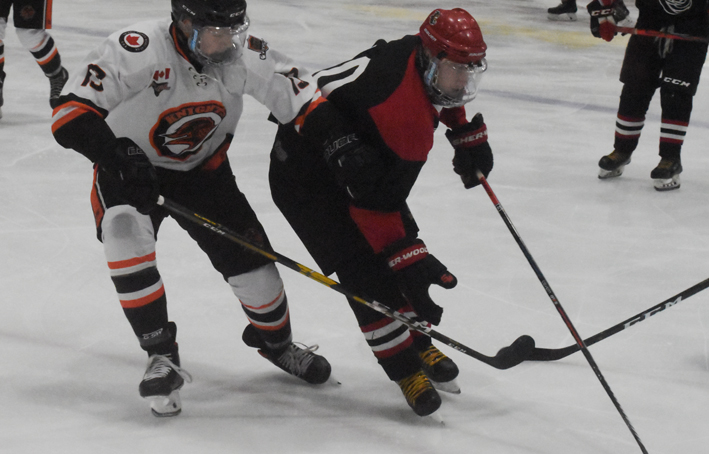 Picton’s Derrick Vos who skated with the Wellington Dukes in their home opener on Friday would even things at 1-1 when his powerplay point blast got past Knights starter Ryan Bailey. But Picton had a tough start to the second and North Kawartha capitalized with two goals in the span of 1:17.

Picton’s Khaden Henry would pick up his second point of the contest at the 10:43 of the second when he chased Bailey with the Pirates second marker of the night. Down 3-2 to start the third, Will Harrison would pick off a turnover in the Knights end and slip the puck past Noah Miller to square the affair at 3-3.

But that was the last of the Pirates as the Knights would storm back to score three unanswered including a goal from former Pirate and County native Justin Arnold to win the game 6-3.

On Wednesday, Picton would pound 31 shots to the Islanders net but come away empty handed as Gananoque starter Brandon Heaslip blanked the visitors.

While he wasn’t tested as often, Pirates netminder Eric Tessier was nearly just as good, making a number of quality saves including a ten bell effort on a post-to-post glove save in the second while the game was still 0-0.

“I was really impressed with the work ethic on Wednesday night. I thought out played them for a lot of the game, we just couldn’t find a way to bury a goal,” Green said.

Well, Picton did score a goal but the effort was ultimately washed out.

With time ticking down and Tessier pulled for an extra attacker, Henry would have time and space to lift the puck over Heaslip.

But after a huddle, the officiating crew ruled the Pirate effort was a split second too late and the game ended at 1-0.