Councillor John Hirsch brought forward the need to revisit the motion that included proposed terms of reference for the ad-hoc committee, set out by municipal staff in a recent report. Hirsch stated he believed the topic did not receive sufficient attention at a previous Committee of the Whole Meeting.

“First, (Barry) Davidson (Chair of Ad-Hoc Committee to Upgrade the Millennium Trail) suggested letting the ad-hoc committee do it all and we thought we should have some control here, so the terms of reference which had been provided by staff ended up getting adopted without change, despite some suggestion it needed massaging,” stated Hirsch at the regular council meeting at Shire Hall Sept. 10.

“The intent of the amendments is to minimize staff time and resources and use designs that have already been developed,” said Davidson.

As well, Davidson proposed using the layout from the Wellington launch point as the basis for all launch points as doing so would present a lower cost, given that third party design firms need not be involved.

The Millennium Trail, which stretches across 46 km, marks the site of an old rail-line that once ran through Carrying Place to Picton and beyond. Given the history of the trail, the Wellington launch point was designed to look like an old train station. 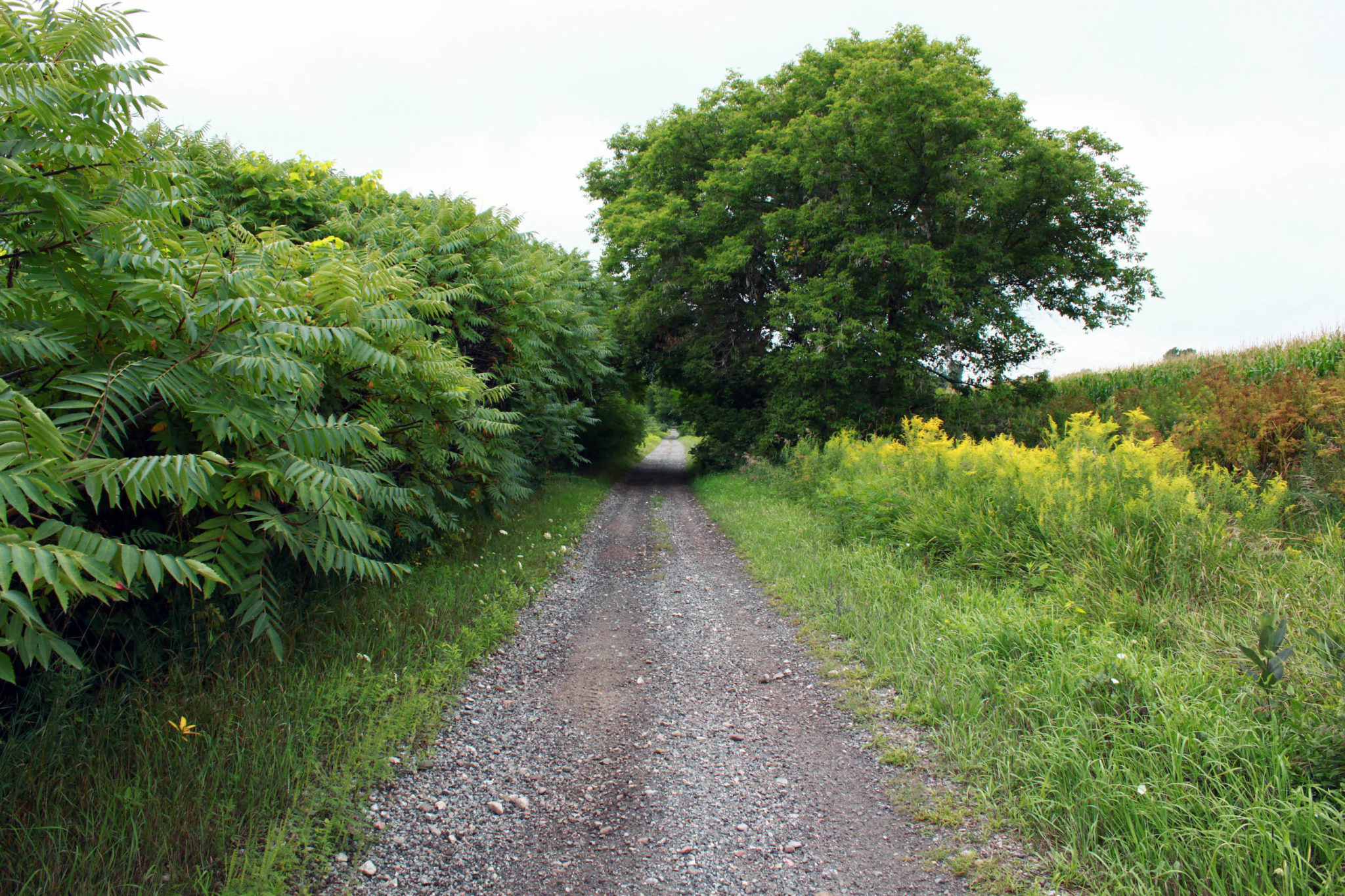 Patrick Maloney, Chair of the Prince Edward County Trails Committee, also spoke to the issue, citing the ad-hoc committee as being instrumental to the recent trail upgrades.

“For the majority of the members of the ad-hoc committee, we are currently completing our third year of the project. We began our fundraising three years ago and it was this diverse group of motivated donors that gave us our momentum. Like myself and our committee, we feel the potential of this old rail trail being a vital link in joining the towns, villages and hamlets and, with the updated infrastructure, benefitting the health and welfare of those in County for years to come,” enthused Maloney.

The ad-hoc committee, as Maloney points out, was formed when upgrading bids were prohibitively high, at about $26,000/km.

“We’ve not only saved the Millennium Trail project from dying but if funding had been found, we would have saved County Tax-Payers over $500,000 so far,” stated Maloney. “Almost $150,000 in gifts and donations have been generated by PEC Trails Committee-our original commitment to council was to raise $80,000.”

Maloney iterates that should council adopt the proposed terms of reference regarding the staging areas, without taking into account the proposed amendments, the committee could lose $18,000 in gifting.

“At a time when staff is being mandated to reduce County overhead, it seems a waste of time to drag the Millennium Trail project back into a project model that has proven to be unaffordable and actually counter to the reason the ad-hoc committee was founded in the first place,” argued Maloney.

“We had a donor willing to contribute some funds to take the building out of the Lake Street Property,” said Maloney, citing problems with the LCBO parking lot. “In that particular area, we weren’t allowing enough parking within the design we had. We have a major parking problem in the County. When initially, as we say, we never picked this site. It was given to us by staff and all we were trying to do was work with the public to provide funding to fill this out as a staging area. As far as I was concerned, this land had been designated for use on the trail and to be dragged into parking woes for the LCBO…I was not happy with that,” stated Maloney.

Councillor John Hirsch stated he believed the proposed modifications to the terms of reference to be good.

“They remove the unnecessary, expensive and time consuming bidding process for the design of these trailheads and puts that in the hands of the committee. I would recommend it for council to accept,” said Hirsch.

Councillor Jamie Forrester was less enthusiastic about the proposed modifications set out by Davidson.

“I would have to think that staff put a fair bit of time into the report they brought to council for approval. This is an ad-hoc committee set up to put the Millennium Trail in good repair,” said Forrester. “The volunteers have done a great job, but these are public assets and it’s important we stay in control of that and even more important, if we have committees out there, they need to represent all different uses of this trail. I don’t want to be negative in any way, because there’s a lot of people using this trail, but I’m not sure that has been incorporated over the last few years and that worries me moving forward.”

The report will resurface at the September 24th Regular Council Meeting.