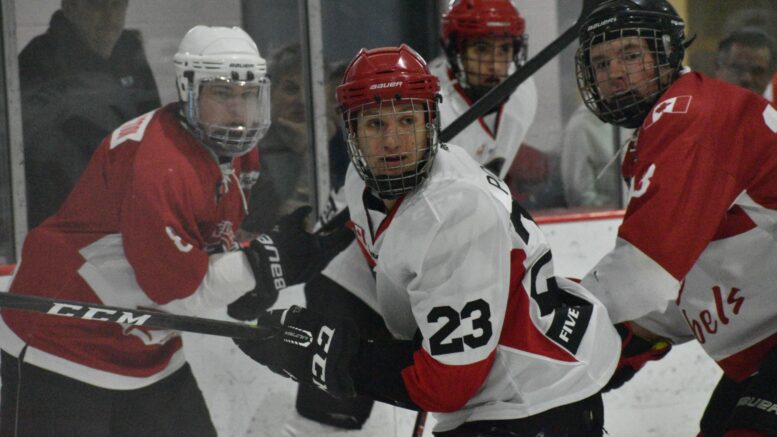 The Picton Pirates made sure their season opening game was a success on Sunday as the locals utilized overtime to shade the Gananoque Islanders 2-1.

The contest served as likely a blueprint as to how the Picton squad is going to find success in the Tod Division of the Provincial Junior Hockey League, especially in the early part of the 2019-20 regular season.

“It’s pretty much how we pictured it going early,” Pirates Head Coach Tyler Green told the Gazette Monday. “ We are going to struggle with finding the finish around the end so we are going to have to battle hard in those dirty areas and capitalize on our easy chances.” 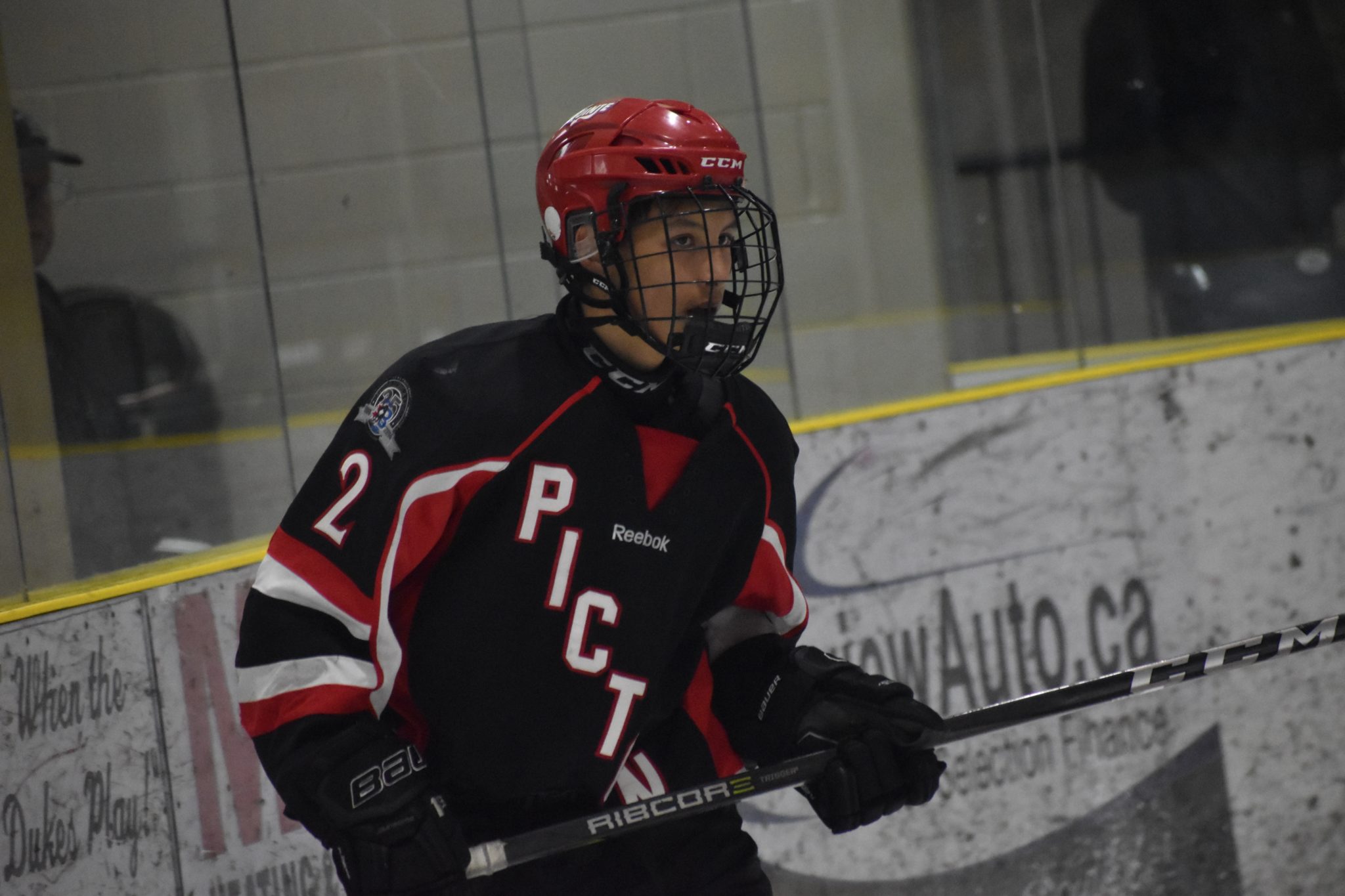 Picton grabbed the lead in the first on the power play.

Afforded the time and space to come off the half wall after taking a pass from blue liner Jacob Dietz, Nick Kirby went bar down on the short side of Gananoque net minder Brandon Healsip at the 7:26 mark to push the visitors ahead 1-0.

Picton went with newcomer Eric Tessier for the opening game of the season and Green labeled the Kingston native’s night in net as “Unreal.”

“He made some huge stops and managed to kill their momentum a lot of times,” Green said. “He was also our best penalty killer Sunday night.”

The Islanders would finally get to Tessier in the second when Will Johnston’s seeing eye shot made it through a maze of legs and into the Picton net at 9:41 of the second.

The Pirates would out shoot the Isles in the second 13-9 but the ice was tilted in the host’s direction in the third stanza.

The Isle’s tested Tessier 19 times but came away shaking their head as the game went to overtime deadlocked at 1-1.

“I was really happy with the character and resiliency our team showed,” Green said. “(Derrick) Vos and Dietz were outstanding for us, they ate up a lot of minutes and our forwards were great at clogging shooting lanes and taking care of the puck in our end.”

In the 3-on-3 overtime, one glorious scoring chance begat another as Gananoque came roaring into the Picton zone, only to be denied by strong defensive play.

Turning the play back up ice, Matt Poole took a pass from Griffen Conger.

The Consecon native would have a volley blocked by a Gananoque defender but had the presence of mind to collect the puck and keep motoring to the Islander net.

Poole made a move on Healsip just 65 seconds into the extra frame and slipped the puck into the Islanders net to cement Picton’s first win of the campaign.

“It feels really good to come out of there with the two points after the fight we put up,” Green added.

Picton will take on Napanee at Huff Estates Arena on Thursday in the home opener and the coach is hopeful the locals don’t take most of the season to figure how to play against the Raiders.

By the end of the season, Picton had managed to get up to speed with the eventual Schmalz Cup champions, even besting them in back-to-back regular season games.

But the first part of the campaign, Napanee simply bulldozed the Bucs with ease.

“The veterans on this team know what it’s going to take to win these types of games so I’m sure they will be pumped up and ready to go,” Green said. “They know we need to be hungry and at our best to compete with (the Raiders).”

After taking on former Pirate Logan White and the Raiders at home on Thursday, Picton will travel to Apsley to visit former Pirate Justin Arnold and the North Kawartha Knights.

On Board with the Pirates: Devin Morrison had an assist against his former team on Sunday night…The mention of the Campbellford Rebels in this space typically is in conjunction with the team’s futility but the Rebs managed to puck up a win in the preseason, beating the Lakefield Chiefs 7-5. If the preseason is any indication, the club won’t be hard up for goals this year as the team scored 31 goals in four preseason tilts…Tod division teams were undefeated in regulation in the opening weekend of the PJHL. Amherstview (2) and Napanee (1) both won their games while Gananoque beat Georgina before going down to Picton in overtime a night later.