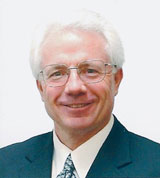 The family and friends of Brian McGowan mourn his sudden death on Friday, September 20th, 2019 at his home in Wellington, Ontario. Brian was the devoted husband for 45 years to Lyn (nee Bissaillon), the beloved father of Adam, Leigh and her husband Chris, and the dear brother of Rita, Kevin, and the late Joan. He was born on September 23rd, 1951 in Huddersfield, England, and came to Canada at age 5. He grew up in Mississauga and attended University of Toronto where he earned BA, BEd, and MA degrees. Brian’s entire career was in the field of education. He was a natural teacher. He taught at St. Michael’s College School in Toronto and was a Department Head at Notre Dame Secondary School in Brampton prior to joining the Ontario English Catholic Teachers Association. As Head of Professional Development, he coordinated learning activities and resources for teachers province-wide. From 1993-1995, he was a member of the research/writing team for the Royal Commission on Learning. In 2006, Brian became the Registrar and Chief Executive Officer of The Ontario College of Teachers, the largest self-regulatory body in Canada, with over 200,000 members. Brian retired to beautiful Prince Edward County in 2009, where he threw himself into retirement as he had thrown himself into everything – completely. He joined Rotary where he made wonderful friends, as members worked together to serve this community. He served as President of the Rotary Club of Wellington for two terms (2013-2015), was Rotarian of the Year in 2015 and received an award for Outstanding Leadership from Rotary International District 7070. Brian loved living in the County. He and Lyn designed and built their dream home here on a big, empty field. Over 10 years of retirement, Brian always had a project on the go. First, create a huge vegetable garden; then plant hundreds of trees; then plant thousands of vines; then build a wine cellar; then learn to build dry stone walls and, with Adam, build several of them on the property; then raise chickens, turkeys and rabbits. Then … there was never enough time to do everything he wanted to do. He lived with a never-ending “to do” list. Brian will be remembered by his family and friends as a man of boundless energy, dedication and commitment, who could always be counted on to do the right thing. While grieving his loss, we celebrate the life he lived. He left the world a better place. All who knew Brian are invited to join his family for a celebration of his life on Monday, September 30th at 2:00 p.m. in the Highline Hall at the Lehigh Arena in Wellington. Memorial Donations to the Wellington Rotary Foundation – Hospital Fund would be appreciated by the family. Arrangements entrusted to the AINSWORTH FUNERAL HOME, 288 Noxon Avenue, Wellington. Online condolences and donations at  www.ainsworthfuneralhome.com