Prince Edward County Council have approved a site plan for a new strip mall in the west Picton at the current site of a derelict Hydro One facility. Shovels should be breaking ground soon, with the proposed facility coming to fruition sometime next year.

Council voted to approve the site plan that will see a Foodland Grocery store, Dollarama store, fast food restaurant and potentially other store space directly north of the No Frill’s Grocery Store on Loyalist Parkway.

For anyone who has traversed the aisles of Sobeys, especially in the summer months, the need for expansion is clear. There is not enough room at the current location, whether for people or products.

According to Yeo, Sobeys has been housing produce off-site at the County Farm Centre for the past 12 years, something he describes as unsustainable.

“From a personal standpoint, on what we do locally, just recently we’ve had to start turning away local vendors because we’ve run out of space,” said Yeo.

Yeo also emphasized he is excited to continue community centred initiatives, the likes of which Sobeys has become well-known for, and he looks forward to expanding that capability with a larger store. He also plans to add 100 more jobs to the area with the approval of this expansion.

However, the site plan brought forth to council was not only for an expanded Sobeys. The plan also included a Dollarama and at least one drive-thru restaurant. This, and the development required for such facilities, is what some have taken issue with.

Though, Chisholm is careful to note that the only two committed tenants for the new site are the Foodland and Dollarama. Foodland, being owned by Sobeys, will be the food-store operated by Yeo.

Busby spoke to the need for council to approve this plan so they could move ahead with construction.

“In terms of the amount of capital Sobeys can invest in their projects, they have assigned specific capital for this project. From a time perspective, we want to take advantage of that now and build a store today so we can avoid any significant delay that would re-allocate that capital to another project,” asserted Busby.

Speaking to the site plan was Picton resident  Matt Ronan. Ronan agreed with the need for Sobeys to expand, but questioned whether or not the proposed strip mall was in keeping with the Climate Emergency recently declared by council. 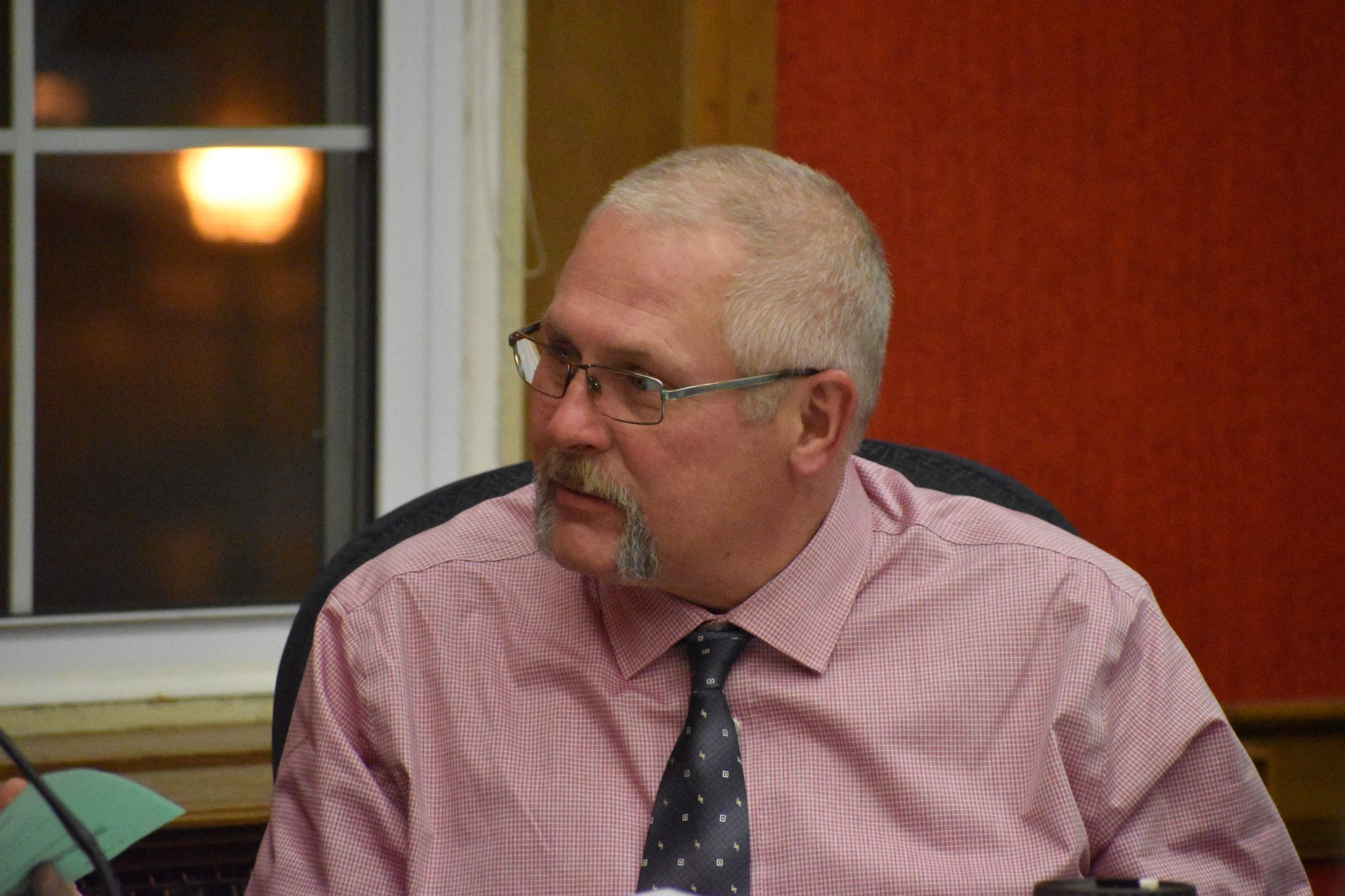 “We know what’s going wrong and here we are-we’re going to do it here,” he stated.

“I came to this meeting late to the game. I assumed Sobeys was coming, needing a larger store. I had no idea we’d be receiving an additional strip mall with a Dollarama. If we look, the impact Dollarama has on local communities is devastating,” said Ronan. “I guess if the Wellington Foodland can’t exist because the market for the new store is so huge, we could resolve some of the issues for the Drake with parking,” he added, with a laugh.

Ronan stated he did not want to see small businesses disappear because of the new strip mall.

“23 years ago, when Loblaws came to town, I was the face of an OMB challenge to downsize that store because of the impact it was going to have, proven impact, on the downtown,” he said, asking, “Is this going to shutter the doors on the Wellington Foodland?”

Busby replied that according to their market studies, and the fact they do not want to put another one of their stores in jeopardy, this is not believed to be an issue.

“The question with respect to tonight is the site plan,” replied Chisholm, “The market analysis and rezoning decisions were made almost two years ago.”

Two years ago, council and staff at that time approved a rezoning and Official Plan amendment to allow for such businesses, as proposed by Sobeys, to be opened.

However, as Peter Moyer, Director of Development Services points out, the County has no ability to control what businesses are allowed in the strip mall-their jurisdiction falls mainly within the realm of facades, drainage, parking etc.

“Our Climate Emergency Declaration is fairly new, but my comment to staff is, have we asked for any climate change mitigation measures,” posed Maynard.

Moyer replied that given how new the emergency declaration is, and how long this project has been in the works, there were no climate change mitigation measures put in place by staff.

“There will be spots allocated for electric cars and their stormwater drainage is going to be producing less runoff than the site currently produces. There is quite a vast landscape planned and some offsite landscaping the developer has agreed to,” added Moyer.

The new site will be made more accessible by a collector road, connecting Loyalist Parkway with Talbot Street. A controlled intersection will also be placed at the Loyalist Parkway end of the new road.

Councillor Brad Nieman took issue with the increased emissions from vehicles that will be produced by this proposed intersection.

“If we passed a motion for climate emergency, having a streetlight there really defeats our Climate Emergency Declaration,” stated Nieman.

All things considered, and with the need for climate change mitigation measures still lacking in quantification, council voted to approve this site plan 12-2 in a recorded vote.