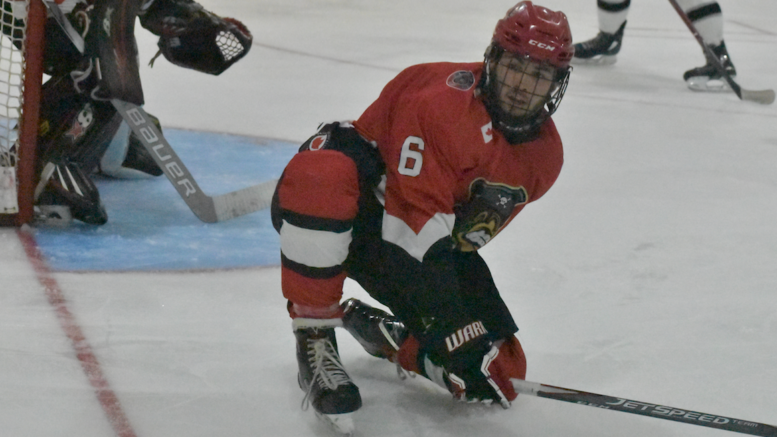 The Pirates (2-3-0) had goals from four different sticks as the club managed to buck a trend and cruise to a victory with a wider than one goal margin.

Saturday’s win was the first time this season Picton or their opposition had more than a one goal lead with less than three minutes to play in a contest, a great indicator to just how well the Pirates have been playing defensively.

“I was really impressed with the way we went to the dirty areas of the ice with determination” Pirates Head Coach Tyler Green told the Gazette on Monday. “We’ve been working hard in those little battles that determine which way a game is going to go but on Saturday we were able to win them and finish our plays which was key.”

After a scoreless first, Pirates leading scorer Griffen Conger would bag the game’s first goal, converting a Will harrison feed 88 seconds in to stake Picton to a 1-0 margin.

The lead stood for approximately 10 minutes until Jeff Hawthorne’s effort beat Picton starter Brennan Bush at 12:11 to make it a 1-1 game.

Readily available to recall frustrations of games past, the Pirates put the pedal to the metal in the third, out shooting the Chiefs 14-6 and beating Lakefield starter Brandon Soucy three times to cruise to a 4-1 win.

“The message in the intermission was that we’ve been in these games before and we needed to find a way to get over the hump, get ahead and stay ahead.” Green added.

Brayden Adams would light the lamp for the game winning tally with help from Owen Dever and Garrison Moore at 2:55 of the third frame. 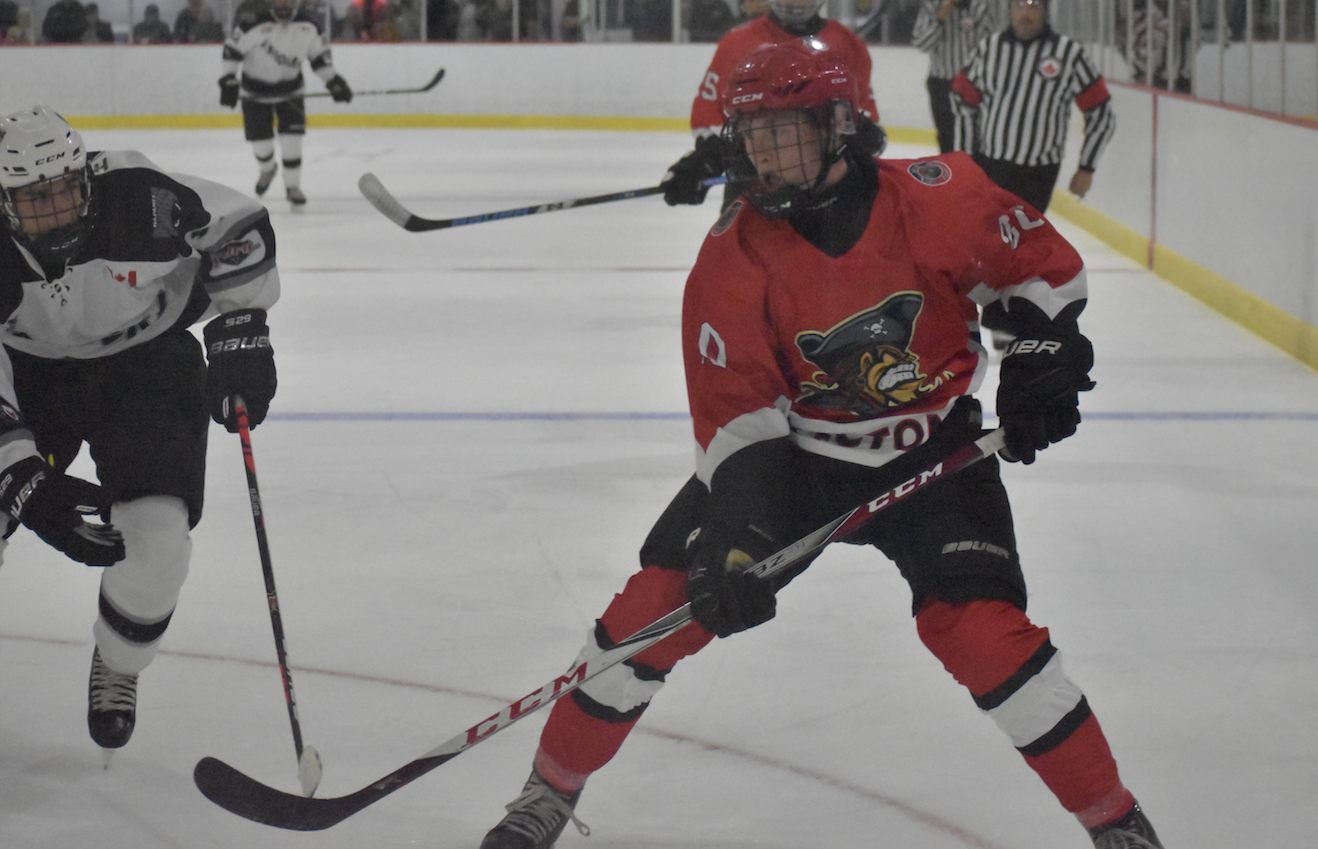 Picton native Nolan Dawson would get his first Provincial Junior Hockey League goal, effectively taking the Chiefs out of the contest with a nifty individual effort at 13:22.

Then, with the man advantage, the Pirates would quell any idea of a Wakefield uprising as the dynamic Derrick Vos would blast a power play marker just over a minute later to finalize the scoring at 4-1.

The Pirates would out shoot the under manned Chiefs 37-19. Lakefield, a perennial PJHL powerhouse, has struggled to start the season, going 1-3-0 in their first four games.

Picton was on the road for a rare Thursday night away from Huff Estates arena and would lose one of those aforementioned close games to the host Port Hope Panthers.

The locals couldn’t have asked for a better start on Thursday and led the hockey game 2-0 five minutes into the contest.

Jack Dow would spring Matt Poole for the Consecon native’s second of the season at 2:45 to give the visitors a 1-0 lead.

At the 4:04 mark, Harrison found Gonger for Picton’s second goal of the game to make it an early 2-0 margin.

“It was a great start for us but I thought we got to complacent and started to get a little fancy instead of keeping the game simple and making the simple plays,” Green said.

For a young team that’s been locked in so many tight, one goal games, a two goal lead must have felt like a five goal margin.

But the Panthers would start to crawl back, first with a Jarrett Desormeaux powerplay goal at 13:29 of the first.

Port Hope would tie it up in the second with a Nick Ainsworth effort at 4:45 and the contest was deadlocked at 2-2 after two.

The hosts would get their first lead of the game just 52 seconds in as Brady Darrach beat Picton starter Eric Tessier clean to make it 3-2 in favour of the Panthers.

Picton would send 14 shots to the Port Hope goal in the third, desperately trying to tie the game but Panthers starter Curtis Laviolette was equal to the task, stopping every puck sent his way.

“We had our chances in the third and I thought we would be in overtime for sure but it was a great lesson for all of us and reinforced the need to capitalize on the prime scoring chances,” Green added.

Picton will try their luck in a home and home series with the Campbellford Rebels this weekend, welcoming the Rebs on Thursday night before heading northwards to the Campbellford-Seymour arena Saturday evening.

The winless Rebels will be trying to get off the slide against the Pirates who are tied with the Panthers for fourth place in the Tod Division with four points.

“There’s never an easy game in this league and we know they will come at us desperate and hungry,” Green said “We have to be prepared to keep winning those battles and making the smart plays.”