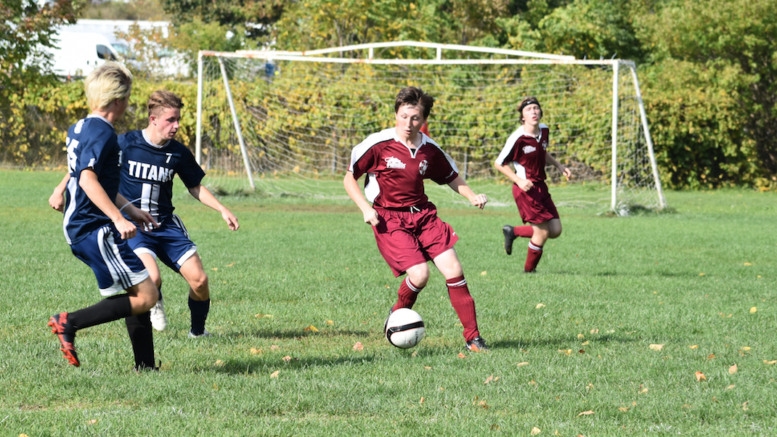 PECI's Kacey Cocklin tries to fend off a pair of St. Theresa's Titans on Tuesday during the Panthers 4-1 win at PECI. (Jason Parks/Gazette Staff)

The PECI Panthers Senior Soccer team rebounded from their first loss of the season to move past the visiting St. Theresa’s Titans Tuesday afternoon 4-1 and  moved their record to 4-1-0 in the 2019 Bay of Quinte Athletic Conference and lead the loop with 12 points through five games played. 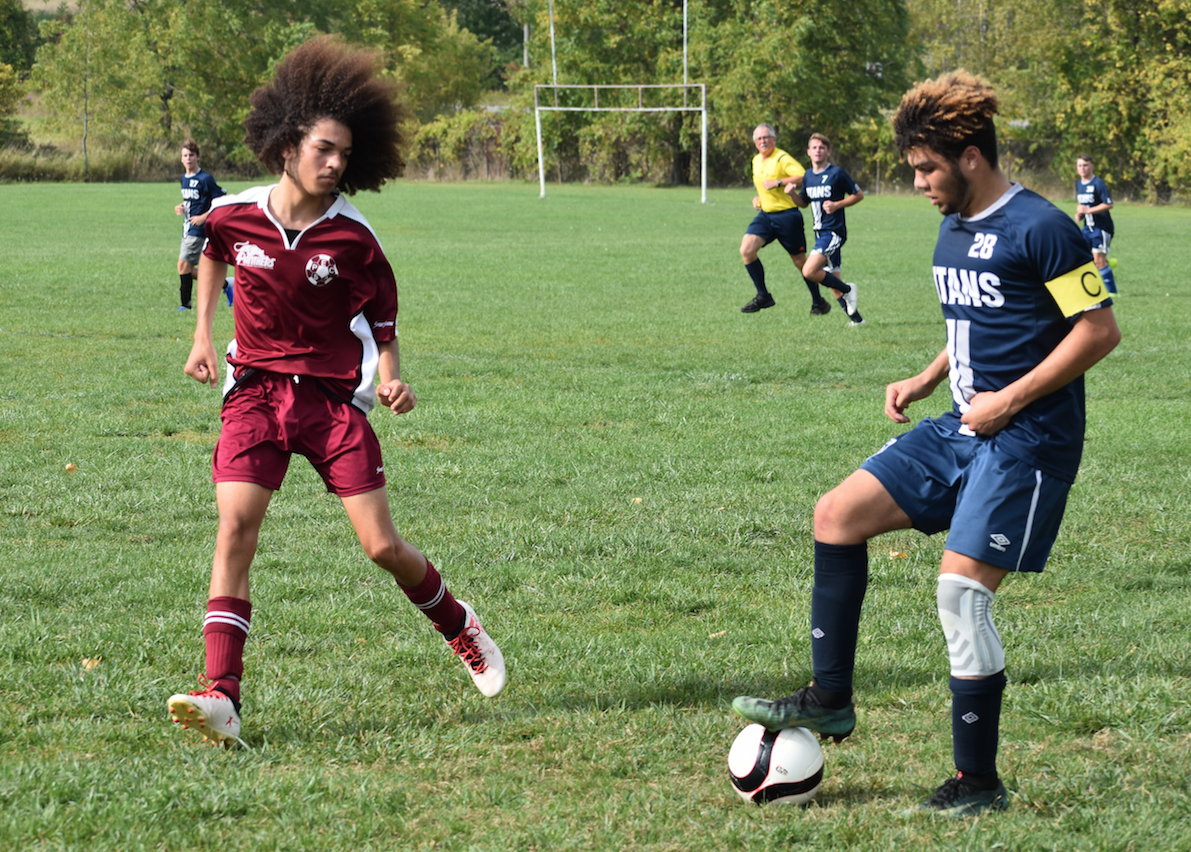 (Left) PECI’s Anthony Lawrence had a pair of goals for PECI on Tuesday. (Jason Parks/Gazette Staff)

PECI got first half goals from Joey Monroe and Anthony Lawerence and the two replicated the feat in the second half as that was enough to overcome a first period strike off the boot of Titan Cameron Roach.

Panther keeper Ryan Doolan was outstanding in the PECI goal, making several highlight reel stops when the contest was still in the balance at 2-1.

But midway through the second half, Monroe was able manoeuvre into the area and place a shot to the Titan keeper’s left hand. The goaler couldn’t hang on and the ball trickled into the cage for a third PECI goal.

About five minutes later, PECI solved the Titans for good when a nice lead pass off the boot of midfielder Cooper Rogers sent Lawrence away on a breakaway.

Showing great poise, Lawrence would fake the St. Theresa’s netminder and place a kick to the goalie’s left for a 4-1 lead.

Doolan was tested greatly one more time but an acrobatic desperation  save kept the three goal margin in tact.

PECI hosted visiting Nicholson on Thursday but didn’t have much luck in the area as their efforts struck a variety of cross bars and posts and wound up being clean-sheeted for the first time in Bay of Quinte regular season play in recent memory.

In Junior action on Tuesday, Hudson Flynn had a goal but the Panthers fell to the Titans 2-1.

PECI hosts Centennial on Thursday and finishes off their regular season in Brighton Oct. 10 against East Northumberland.