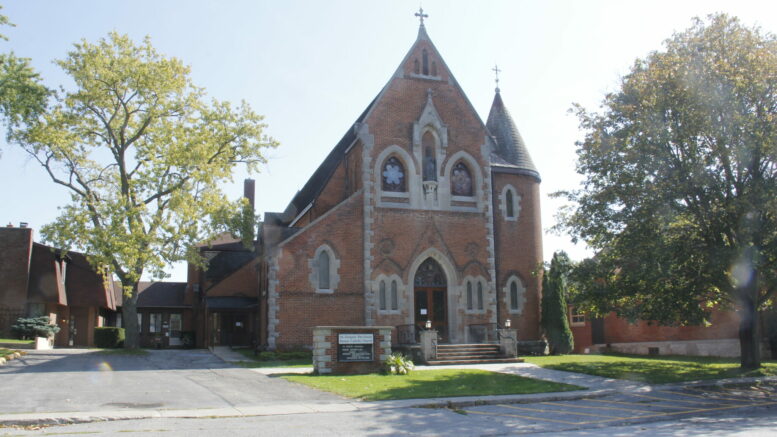 A Picton pastor that ignited a firestorm of controversy and, eventually, an outpouring of love and support by the community earlier this year, has been placed on administrative leave in relation to alleged historic violations of appropriate conduct with minors.

In a statement posted to their website on Monday, the Archdiocese of Kingston announced they became aware of a historical report about Reverend Robert J. Chisholm, Pastor of St. Gregory the Great Parish, Picton, relating that in the mid-1990s he was investigated for “possible violations of appropriate conduct with minors.”

“The Archdiocese has investigated this report and has found a semblance of truth,” the statement said.

In accordance with normal catholic church practices, these allegations are being forwarded to the Congregation for the Doctrine of the Faith.

Pending receipt of instructions from the Congregation, Father Chisholm has been placed on indefinite Administrative Leave without faculties to exercise priestly ministry effective immediately.

“This is done without prejudice to the presumption of innocence, which is afforded to him by the law. The Archdiocese will continue to monitor the situation and will cooperate fully with appropriate authorities, with particular concern for any potential victims,” the statement added.

When contacted by the Gazette, Archdiocese Deacon and spokesperson Bill Gervais confirmed there were “no concerns or allegations regarding Father Chisholm with minors at St. Greg’s in Picton.”

Father Chisholm came to St. Greg’s from St. Mary’s in Morrisburg in the fall of 2016 after he and Father Thomas Thazhappally swapped parishes.

According to Deacon Gervais, Father Chisholm has primarily served most of his priesthood in the eastern portion of the Kingston Archdiocese.

Chisholm’s words in an online church bulletin regarding the Pride celebrations in Picton earlier this summer went viral and led to a massive demonstration by those supporting the LGBTQ2 community in front of St. Greg’s prior to Sunday morning mass.

Chisholm wrote “Catholics and all other Christians should not attend LGBTQ2 Pride Month events as they promote a culture and encourage activities contrary to Christian faith and morals” and added these activities were especially harmful to children because it “could lead them away from God’ revealed Truth.”

The Father went on to write erroneously the Pride banners affixed to light posts in Picton’s  downtown core are courtesy of the Government and were “your tax dollars at work!”

Reverend Michael Mulhall, Archbishop of Kingston, responded to the escalating outcry by issuing a statement indicating he was aware of the bulletin material.

“I did not sanction this message and it does not reflect the spirit of accompanying charity and compassion that should always characterize our faith,” Mulhall said. “The Archdiocese has spoken with the pastor of the parish. (Father Chisholm) regrets any hurt that his inappropriate comments have caused.”