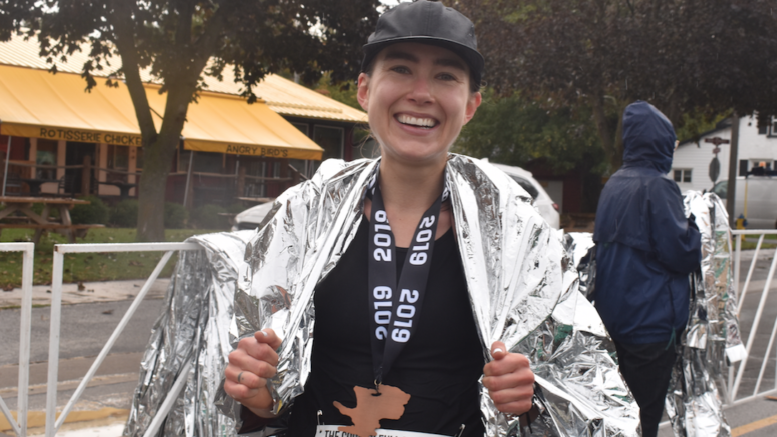 Toronto's Tannis Reddy won't be able to defend her 2019 County Marathon title until 2021 as the event has been called off this year. Reddy became the first woman in the 16 year history of the County Marathon to win the overall race. (Sarah Williams/Gazette Staff)

As it has some years prior, the 16th annual County Marathon began with wind and rain Sunday morning. But then clouds parted and Toronto’s Tannis Reddy crossed the finish line and into history as the first female participant to ever win the overall race.

Reddy, 28, finished the marathon with a time of 2:50:18, which is nine minutes faster than her last race, the Boston Marathon.

She was beaming post-race, emerging relatively unscathed and with only one blister to speak of.  Reddy added that thoughts of her imminent vacation in Barbados helped get her through some tough spots on the course.

“I’m really excited and happy. I think being the first female to win this race is pretty cool,” Reddy told the Gazette. “All of the ladies I passed, everyone on the course who was cheering, was amazing. When I heard people say, ‘It’s a girl, It’s a girl,’ I just thought, ‘Okay, yeah, I’ve got to do it for all these women’.”

Reddy explained that, although she did run track and cross country growing up, she had never been a competitive person and, in the past, racing had actually caused her to “scale back” her speed.

“I’ve always run. For myself, as an adult, I always ran. I find it helps keep me balanced and mentally sharp. I deal with anxiety, so it’s a great outlet for me to be honest. I think it’s important to talk about stuff that people struggle with, and for me, that’s anxiety,” she said. “Running is a great resource.” 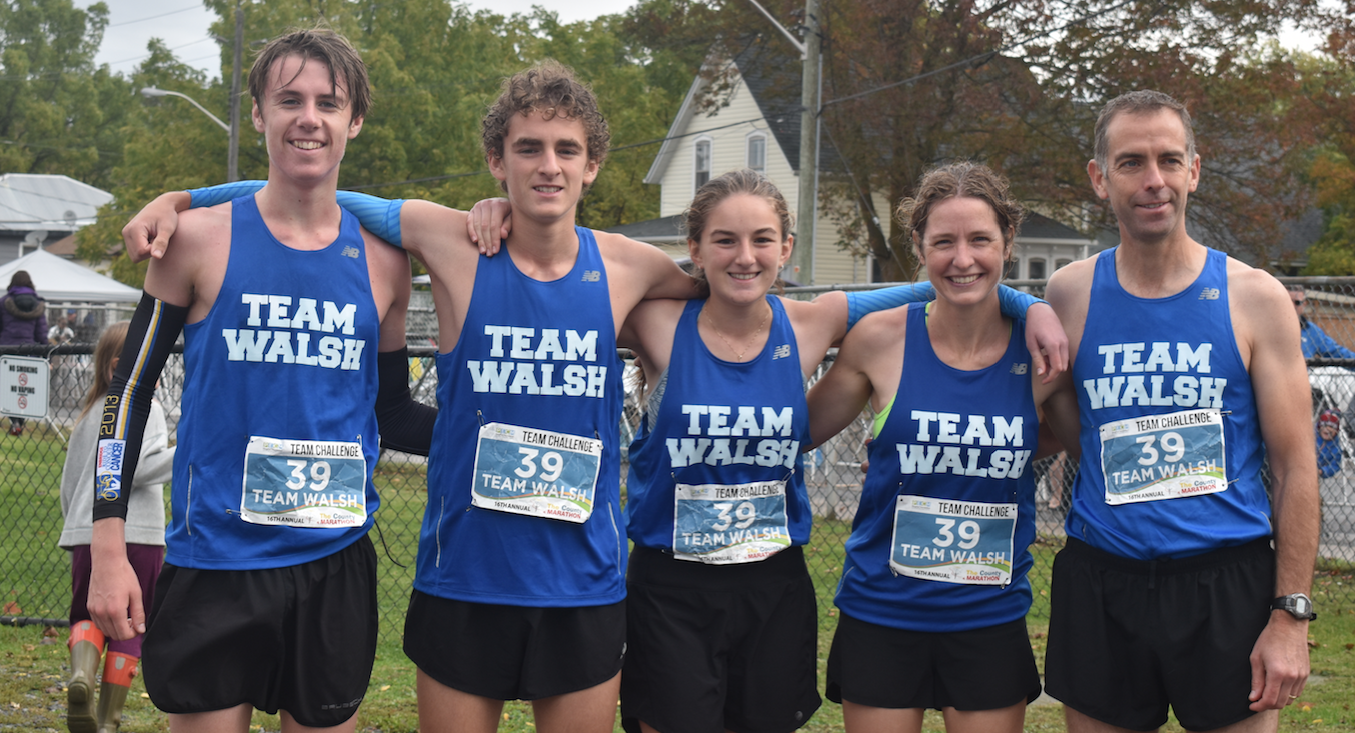 Reddy, a recruiter for Shopify by day, has so far run four full marathons and one half marathon. She attributes her success on this course to her coach and her rigorous training cycle.

“I had a really hard training cycle and I have a coach who really pushed me beyond what I thought I was capable of. I think today it just all came out and the work paid off,” enthused Reddy.

Reddy was enthusiastic about the course, noting that the mental stamina required for running rural areas differs from that in cities.

“It was well marked and really lovely to see people out on their porches,” she said. “It felt very spirited for a small town race. I think it’s important to go between small town races and big races, because this takes a mental sharpness that not everyone can have. A lot of people get motivation from crowds, whereas here it is every couple of kilometres that you’d see stations of people cheering, which I find is mentally more difficult. But, it was great. Everyone was so lovely.”

Todd Shannon,  a 34-year-old Ottawa resident who works for a creative agency, was the first male to cross the finish line with a time of 2:55:57.

“I’ve never run this marathon before but I really like supporting small races. I like small town races more than big city races where the money is going towards a large bank or organization. The support from everyone here is great and I know there’s lots of great wineries and breweries to go to afterwards,” he said with a smile. 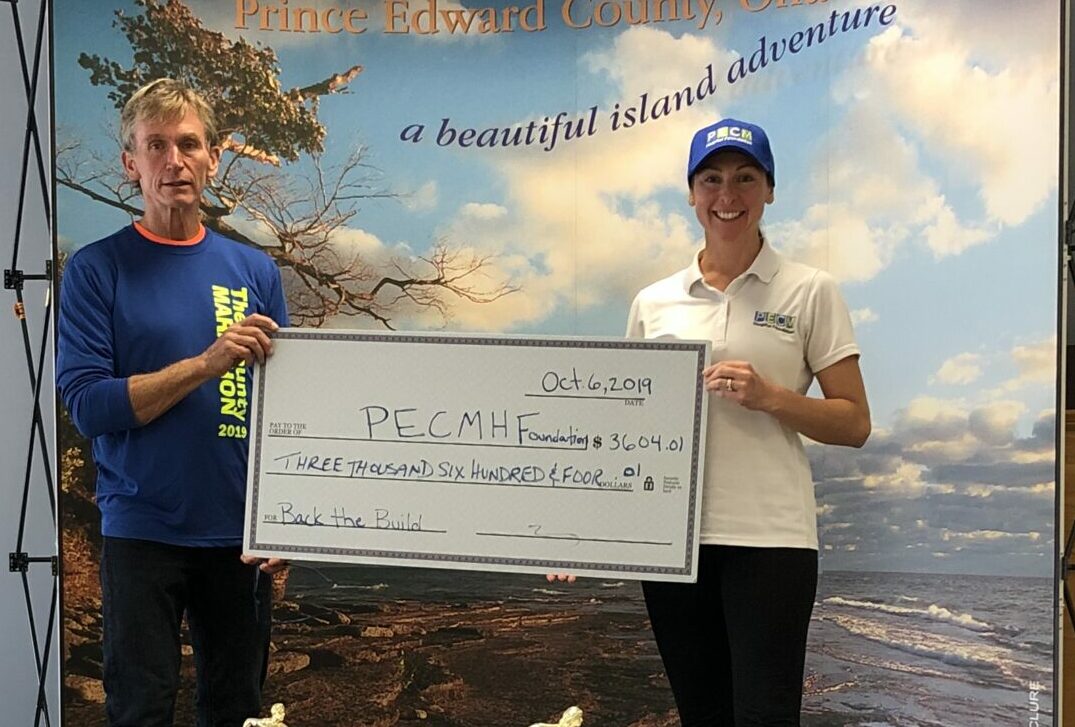 In the Prince Edward County Memorial Hospital Foundation Team Challenge, the mixed team of Team Walsh was the first group to cross the finish line, with a time of 3:02:32.

In terms of the Remax Quinte Half Marathon, Toronto’s Sean Smith was the top overall male with a time of 1:29:53 while Tiff Lucia of Ottawa was the top female at 1:35:23.

The marathon, which winds through hamlets and sleepy stretches of farmland before winding up in Picton has been growing in popularity owing in part to the rising popularity of races in general as race-coordinator Tracey Reid points out.

“I’m happy to see the numbers go up, because really, numbers are important as costs keep going up. There’s a break point where we can only charge so much, so to see the number come up, that’s really good. There’s just so many races-when the race started, there was only a handful at this time, but now there’s close to 20 going on around the same time,” stated Reid.

Since it’s inception, the County Marathon has donated a considerable amount of money towards the Prince Edward County Hospital Foundation. This year, $3,604.01 was donated to the Back the Build Campaign.

Reid believes it’s important to keep the hospital here and support it. As well, she adds, volunteerism goes a long way towards enabling the race to continue, thereby benefitting the hospital as well.

“There’s probably about 200 people that volunteer in some way, shape or form. We could not run the event without the volunteers. There’s just so many organizations and groups that have pitched in to help,” she enthused.

Reid was ecstatic to see a woman having won the race for the first time, but was careful to note that she sees everyone who crosses the finish line as being a winner.

“In my opinion, anyone who gets out there and crosses that finish line, whether they’re first or last, they’re a winner because they did it. I love to be there-at the finish line” commented Reid.