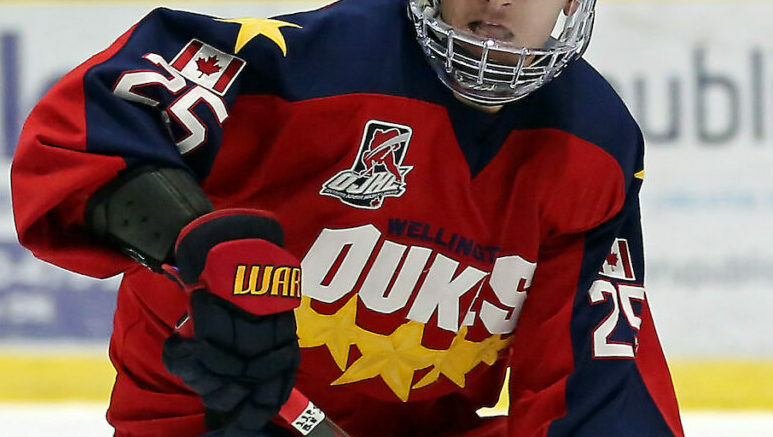 The Wellington Dukes split their action this weekend and proved that while fire power and being able to turn their game around in the span of a couple of shifts are still valuable to have, discipline and commitment to playing a full game are still in short supply.

The Dukes were able to skate past the visiting Collingwood Colts on Friday 7-4 but the locals couldn’t control their temper or the game in Brantford on Sunday and fell to the host 99’ers 4-2.

The setback, coupled with a Trenton win on Sunday, left Wellin 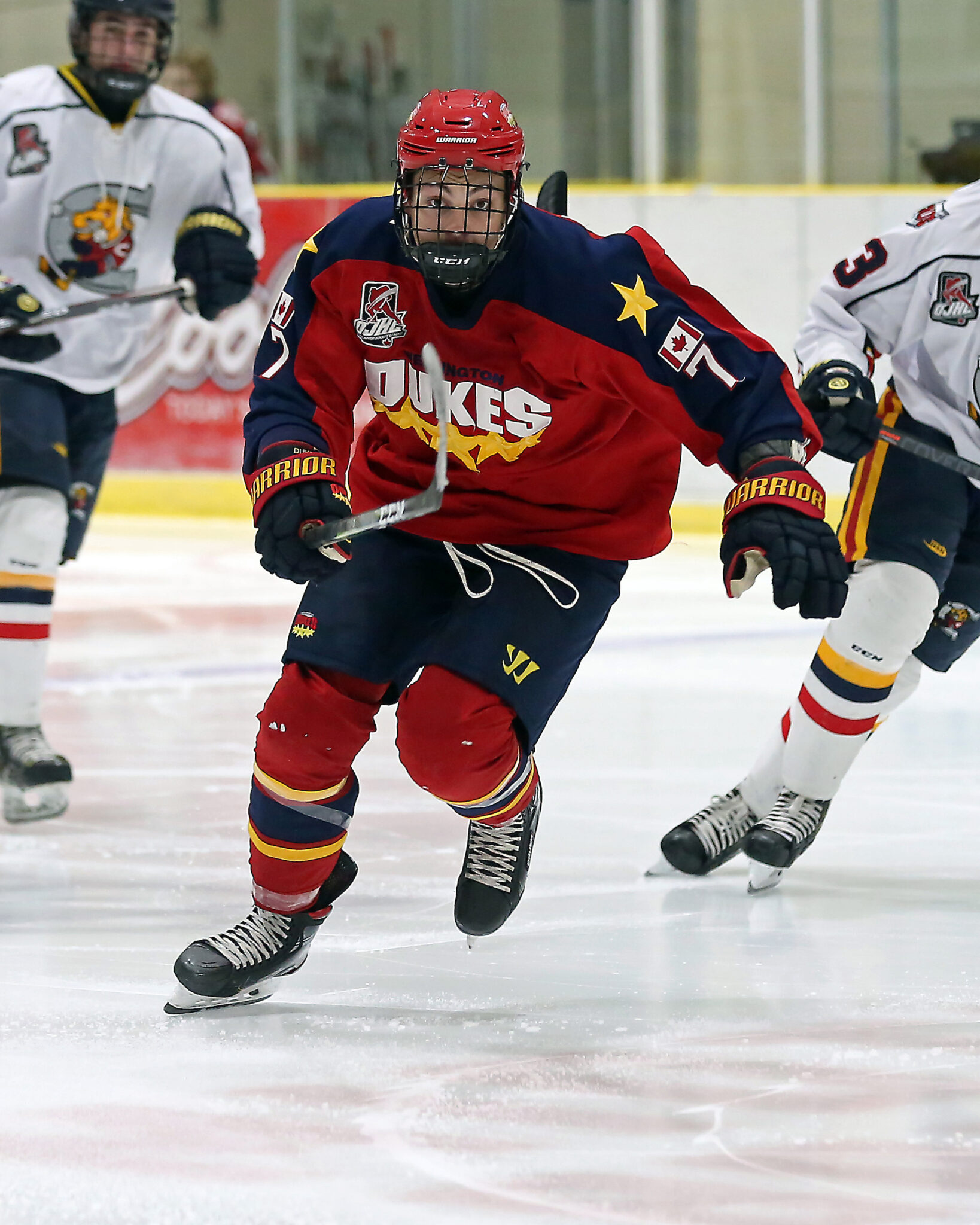 gton (10-3-0) in second place in the East division with 20 points, trailing the Golden Hawks by a single point but having a game in hand on the Quinte rival.

In what was a spotlight of stringent officiating in Brantford on on Sunday, OHA officials Ryan Stiles and Dan Conti whistled Wellington for five misconducts and tossed veteran defenceman Quinn Hanna from a 2-1 game late in the second period for incurring a second inciting an opponent penalty.

In total, Wellington had 65 minutes in penalties in the contest to Brantford’s 36.

The less said about the game and how it was called, the better at this point for Dukes Head Coach Derek Smith.

“We know we need to control our emotions better and understand that we aren’t always going to get breaks in the game,” Smith told the Gazette. “I thought our penalty kill was outstanding but we didn’t capitalize on our power play and when you don’t do that on the road, it’s usually not good.”

Wellington fell behind 1-0 in the first thanks to Alex Dameski’s unassisted effort at 8:57.

Jacob Vreugdenhil would respond with his fourth of the season at 10:26 to make it 1-1.

The teams went scoreless for nearly 20 minutes but the 99er’s pulled back in front with a Noah Bowman power play goal that made it 2-1 in favour of the hosts.

The Dukes had just killed off the first penalty of a lengthy 5-on-3 situation when Bowman beat Wellington starter Matthew Dunsmoor.

Early in the third, Brantford extended their lead to 3-1 thanks to former Oshawa General Kyle Bollers.

Wellington got back into the game thanks to Barrett Joynt and his first OJHL goal at 11:31 but the 99er’s salted the game away with Bollers empty netter with 29 seconds left.

Down a goal, Wellington was also down a man as Dawson Ellis managed to pick up a major penalty for goaltender interference with just under five minutes left in the contest.

Wellington’s fortunes were better on Friday but that doesn’t mean all is glowing in Dukesland as the locals played it fast and loose.

“We were good in spurts on Friday and it’s coming along but we took our foot off the gas early and lost our focus,” Smith said.

Collingwood, making their first visit to Lehigh Arena since escaping Kingston and relocating in the summer time, looked to be in for a long night as Wellington’s passing was pin point early on.

Dylan Massie found Jake Gagnon with a nifty back hand pass from the slot and Gagnon blasted home his ninth of the campaign 2:29 in.

Just under two minutes later it was Hanna catching Colts netminder Nick Donofrio napping, collecting a loose puck and blasting it into the Collingwood net at 4:25 to make it 2-0 for the hosts.

But then Wellington, having an easy time of if, took something off their game.

The Colts would strike in quick succession in the final five minutes of the frame as former Wellington prospect and Napanee, ON native Jacob Campbell tallied 18 seconds apart to make it 2-2 at the end of the first.

Wellington regained their stride somewhat in the second.

Ben Evans, returning after a length stint on the sidelines and tapped home a nice Massie feed on the doorstep at 8:27 to make it 3-2 for Wellington.

Later on, Dan Pancetta’s brilliant cross ice bank pass eluded the Collingwood Colt defenders and a speeding Ben Woodhouse was able to sneak to the slot and rip a wrist shot over the right shoulder of Donofrio.

Up 4-2, Wellington continued to pour it on in the third.

Derrick Vos’s point shot was tipped by rookie Landon McLellan at 9:02 to extend the Wellington lead to 5-2.

Gagnon’s brilliant pass from behind the goal to Evans gave Wellington’s captain his second marker of the night to make it a 6-2 score.

But Wellington once again dropped its focus.

Matthew Zebedee would answer back just 16 seconds after the Evans goal to make it 6-3.

But Panetta would end the speculation in the final minute as he was sprung by a nice Ellis feed towards an empty Collingwood net and the Bellville, ON native made it a 7-4 final.