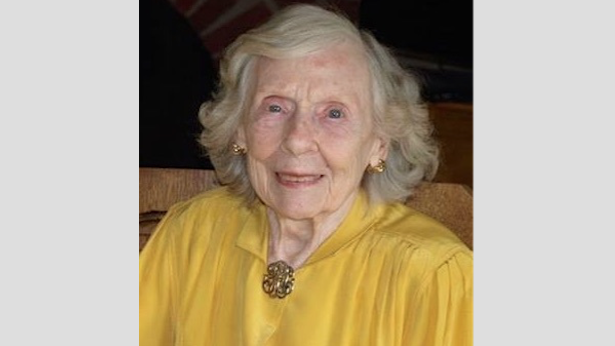 It’s our sad duty to report the long time publisher of the Picton Gazette and our sister newspaper the Napanee Beaver has died.

Jean Morrison was surrounded by the love of her family Sunday morning when she peacefully passed away at her Napanee home.

Jean Morrison exemplified courage and set a sterling example for many young businesswomen, taking on the task of publishing the Beaver and the Gazette and exemplifying non-conformity in the male-dominated world of publishing.

The courage, dedication and iron will Jean Morrison showed in those early years, setting the highest of high standards for journalism and advertising excellence netted both newspapers several awards through organizations such as the Ontario Community Newspaper Association and the Canadian Newspaper Association.

“I have been managing the newspaper now for more than 30 years, but not necessarily in the style that Earl might have. That was his dream. As publisher, however, I have enjoyed my many years in this warm and friendly community,”

The natural beauty and the congenial nature of this community was never lost on the publisher of its newspaper of record.

Her appreciation of the hard work of its staff will also be appreciated by Gazette employees both past and present.

“The Picton Gazette was extremely saddened to learn of Mrs. Morrison’s passing. The commitment she has shown during her tenure as publisher of this newspaper is something every local resident should be thankful for,” Editor Jason Parks said. “In a tumultuous time for local newspaper reporting, our dear publisher has remained dedicated to her passion of presenting the news in a fair and balanced manner while providing an independent voice for Prince Edward County. Her legacy here will be one of enduring commitment to our island community.”

Outside of the duties of publisher, Jean Morrison was grandmother to six as well as becoming a great-grandmother in 2018. She is survived by her cherished son Chris, Toronto; and her devoted daughters Tracey (Mats) Lindberg, Collingwood; Leslie (Dan) Fournier, Orillia.

Her hobbies included curling, golf, skiing and music. Jean Morrison was a longtime member of the Napanee & District Curling Club, the Napanee Golf & Country Club and the former Nacona Ski Club. She also sang in the Grace United Church Choir and played clarinet in the Napanee Silver Band.

Jean Morrison loved to travel and to socialize. She visited most countries of the world on International Press Conventions and met many heads of state including Prime Minister John Diefenbaker, Queen Elizabeth II, Nelson Mandela and Indira Ghandi

She spent many wonderful moments on the Napanee River and was delighted by the wildlife and changing light of each season.

She enjoyed strolls along the Napanee River Trail and outings to Springside Park.

She valued her community and was an active board member for many local organizations and a proud supporter of many charities in Napanee and the County of Lennox & Addington and beyond.

Jean Morrison was an integral and beloved member of the Napanee Community.

She will be fondly remembered for her outgoing, friendly nature, her adventurous spirit and her remarkable contributions and legacy.

The family will receive family and friends at the Wartman Funeral Home, Napanee Chapel on Tuesday, Oct. 15 from 6-8 p.m. and Oct. 16 from 12-1 p.m. Funeral service to follow in the chapel at 1 p.m. on Oct. 16. Interment at Riverside Cemetary. In lieu of flowers, donations to Family and Children Services would be appreciated by the family.