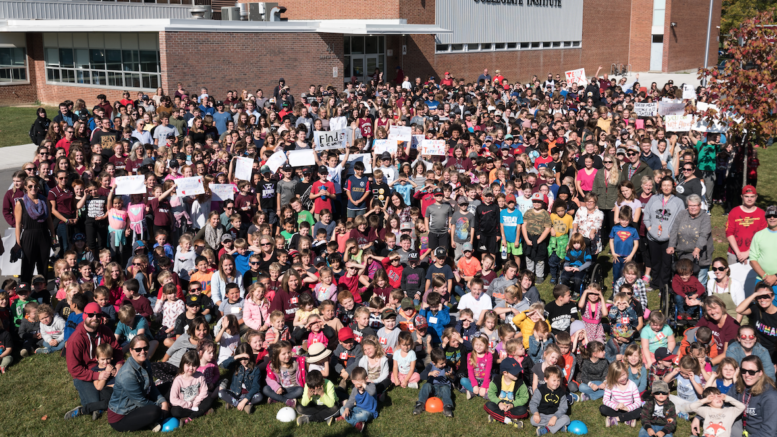 Prince Edward Collegiate Institute has smashed its Terry Fox Marathon goal in 2019 by over $2,000.

The school celebrated their month-long fundraising campaign Thursday with the annual walk and run event the memorializes Fox and his Marathon of Hope and raises money for cancer research. 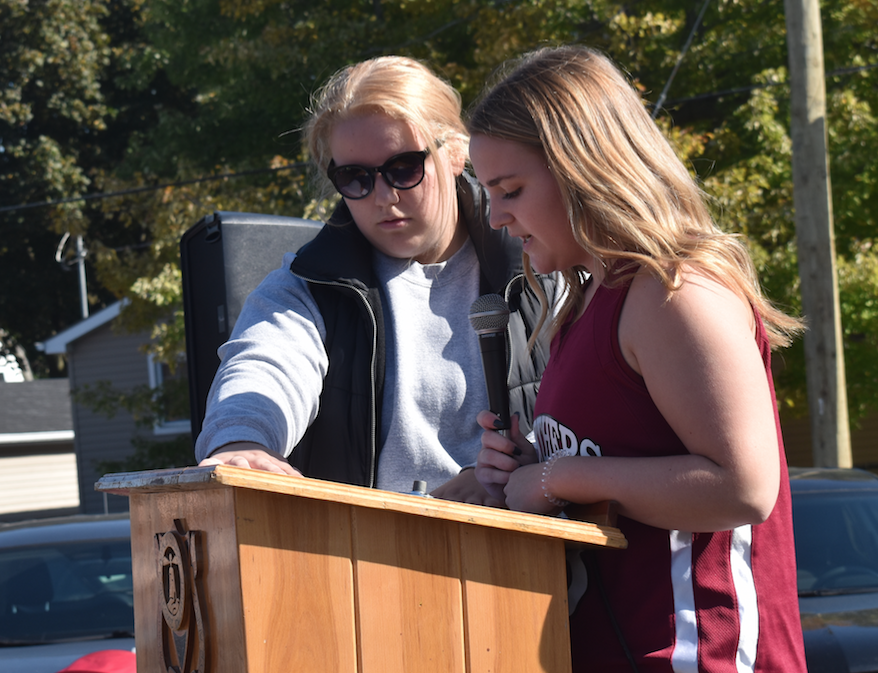 But a late push by students helped PECI over their goal.

In a touching moment PECI Panther Griffin Heffernan, brother of the late Abby Heffernan who was lost to leukaemia in August, made a final donation on behalf of his family and in his sister’s memory.

That final donation, part of which was made after PECI announced what was believed to be the final tally, makes PECI’s contribution an even $12,500 in 2019.

PECI educator Rob Garden said the organizing Entrepreneurship class knew the total was just shy of $10,000 with just 24 hours remaining in the campaign.

“This morning, the money just kept rolling in and the excitement started coming in waves.

Heffernan’s journey in her battle against acute lymphoblastic leukaemia was very public and a majority of PECI students were well aware of what the Panther was going through as she spent over 300 days in hospital during a three year treatment period.

PECI ENT Students show off how much was raised for the 2019 Terry Fox Run. This amount was later rounded up to $12,500 thanks to a last second donation by the Heffernan family. (Jason Parks/Gazette Staff)

Heffernan lost her battle in August while Mills is currently undergoing treatment for liponeurocytoma and, if they needed it, there’s plenty of unfortunate reminders in the school’s recent as well as far off memories that reinforce the fact cancer touches everyone.

“Cancer has really hit this school close to home and it’s all of Prince Edward County,” said ENT student Emma Brady. “Everyone is coming together to help out, pitching in what they can and it’s an awesome feeling to meet our goal.”

Garden said the organization of the event was a complete class production as part of the developed curriculum.

“It’s a hands on learning opportunity and the students get more out of this experience than they might if it was something in a text book,” Garden said. “Students experience the stress of following through on their commitments, the thrill of meeting deadlines and then they get the job of seeing a finished result when things go well because of their hard work.”

He added that both Heffernan and Mills were never far from the minds of students as they worked towards their goals.

“Abby and her battle serves as an inspiration and we were all aware of Melanie and what she’s going through right now,” Garden added. “These things give you reason to take pause and think about what’s important, We are rallying in Abby’s memory and in honour of Melanie and what she’s going through it’s a special moment for our school. We wish we didn’t have to do these types of events but maybe the money we’ve raised today will help bring a cure forward sooner and save lives.”

Grade 12 student Alexa Prinzen was the top individual fundraiser, gathering $600 while the ENT Class raised over $4,000.