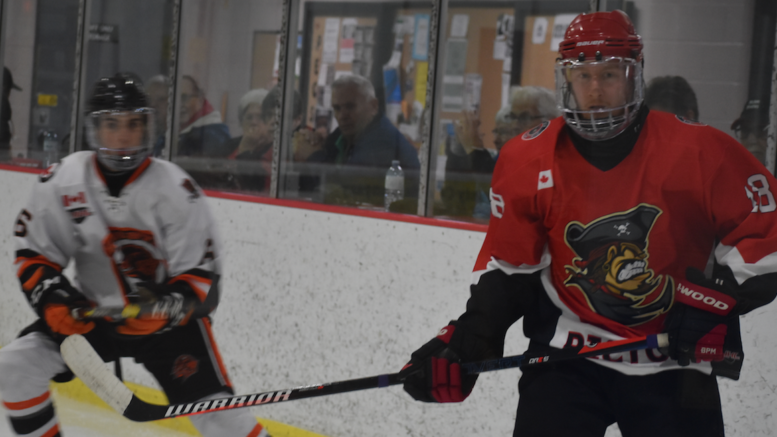 (Right) Picton Pirate Tristan Cowan had an assist in a 4-2 loss to the visiting North Kawartha Knights on Saturday night. (Jason Parks/Gazette Staff)

The Picton Pirates got a glimpse of how the Orr Division leaders live on Saturday night as they welcomed the North Kawartha Knights to the Huff Estates Arena.

The Pirates (4-5-0, eight points) knew they were likely in for a rough ride, taking on the 8-1-0 Knights who added Burr Rd. resident Justin Arnold after the former Picton skater signed up for post-secondary studies in Peterborough.

With his Knights ahead 3-2, Arnold would set up a goal off the stick of Zack Nicholson early in the third period to make it 4-2 and that was enough for the visitors as they skated off with a win. 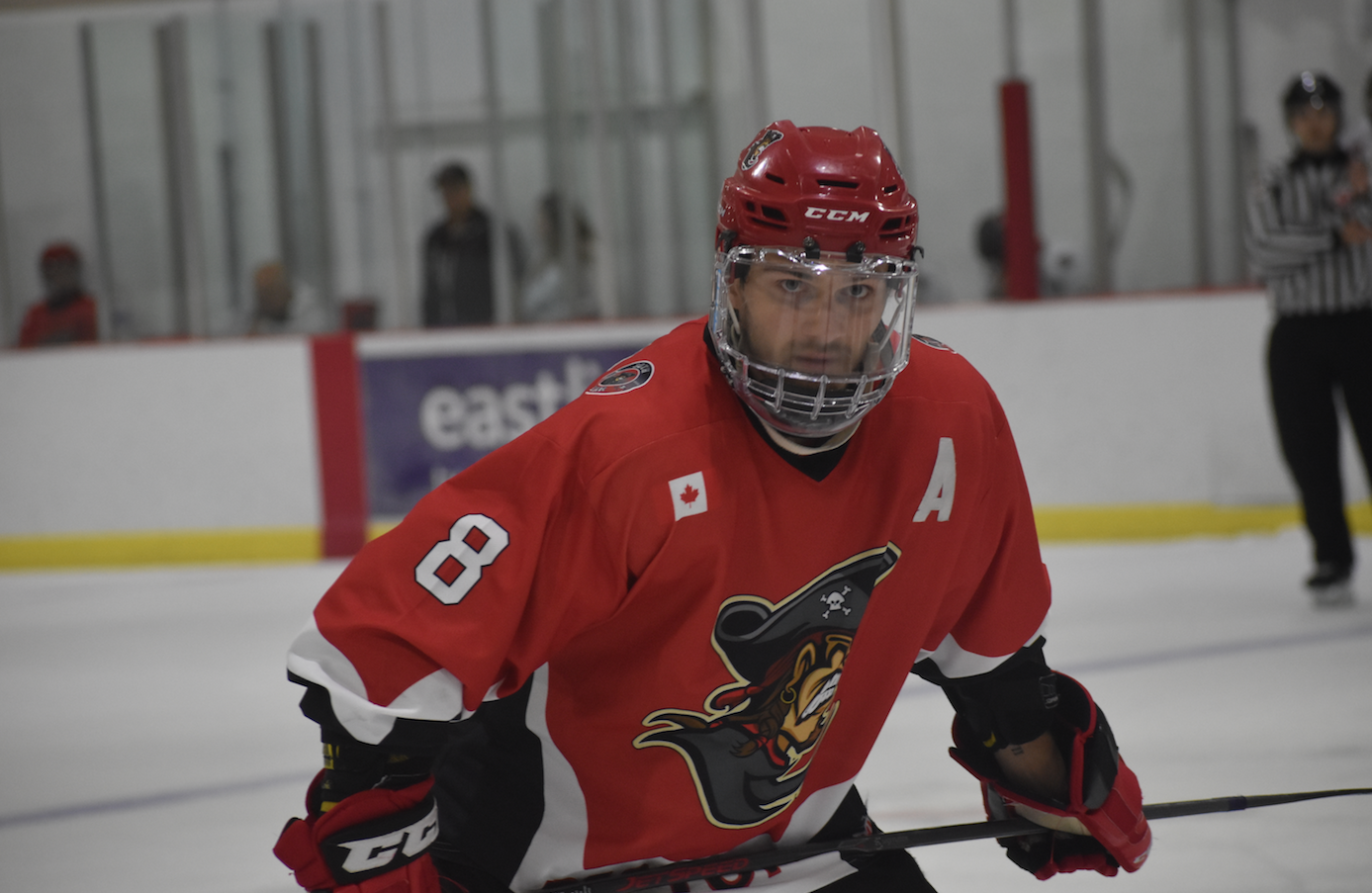 Picton’s Griffen Conger would respond in the second, converting a Will Harrison feed at 2:46 of the second to make it 1-1.

The Knights pulled ahead for a second time later in the frame when Clay Coles took a pass from former Trenton Golden Hawk Elijah Brahaney at bested Bush at 5:19.

The Pirates would once again tie it back up, this time on a nice shorthanded feed from blue liner Jacob Dietz who found Harrison at mid ice.

Picton’s captain came in on Knights starter Noah Miller all alone and made a nice move before depositing the puck in the top bunk for an equalizer at the 11:24 mark of the second.

But just as shorthanded goals give, they take away and it would be the Knights busting in on Bush on a shorthanded 2-on-1 a few minutes later.

Coles would bag his second of the frame, slipping a puck through Bush at 15:12 to push North Kawartha ahead to stay.

The Pirates are busy this weekend, hosting Gananoque in a big four-point game on Thursday before hitting the road and taking on Uxbridge on Friday.

Wellington will host the Little Britain Merchants on Sunday.