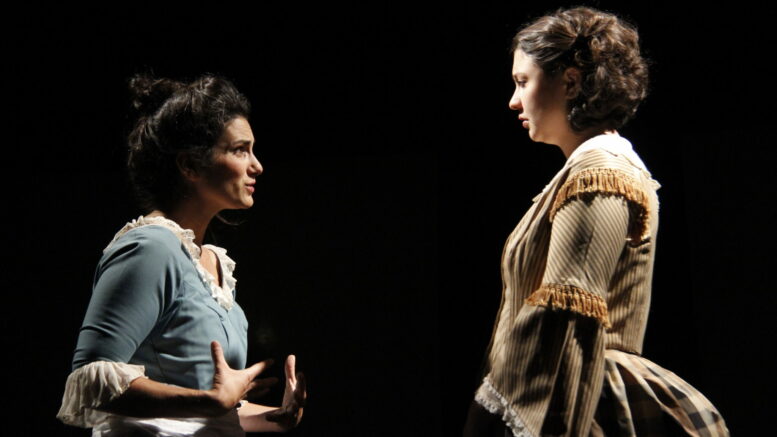 The spot lights at Mount Tabor Playhouse (MTP) were on and the Prince Edward Community Theatre (PECT) group was in rehearsal for their upcoming production of “Blood Relations” which is set to begin Oct. 19th at 7:30 p.m. at MTP in Milford.

PECT is an award winning, non-profit live performance company that was founded in June of 2008. The group is dedicated to providing live community theatre at an affordable price in Prince Edward County (PEC) and have succeeded in all aspects.

Now entering into their twelfth season, the group is building on their initial success by expanding their season ticket holder base and offering group rates to help enlarge their profile in the community. 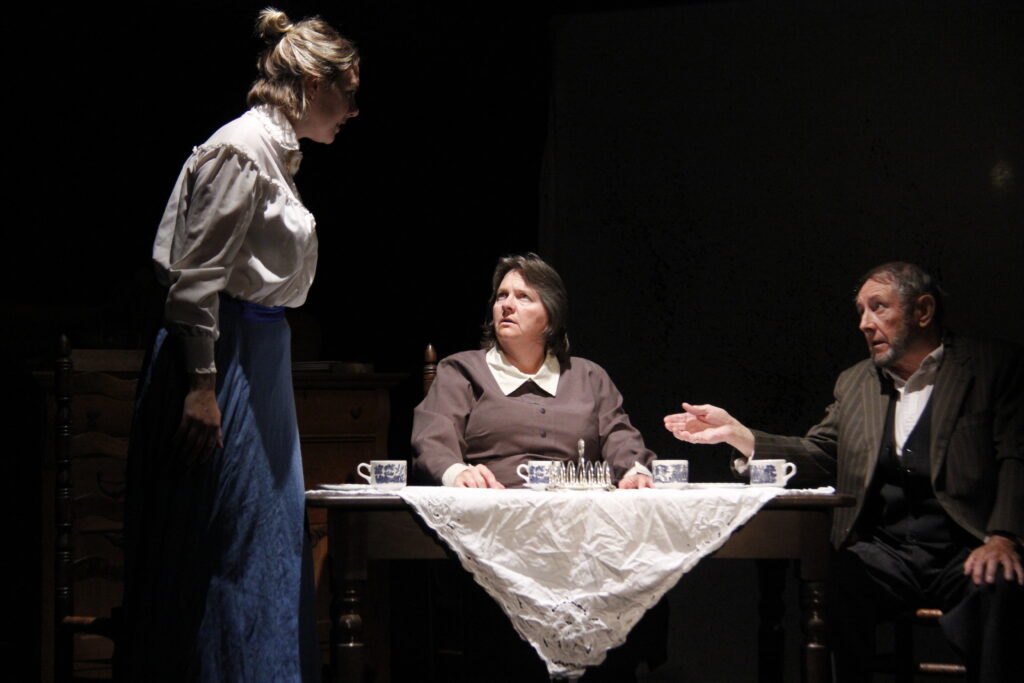 The play “Blood Relations” is a phycological murder mystery by Sharon Pollock and is based on historical facts and speculations surrounding the life of Lizzie Borden and the murders of her father and step mother.

“The story is of Lizzie Borden, which took place on August, 4th 1892,” stated Cheryl Singer, Director of the production. “Most people are familiar with the story of Lizzie Borden, she took an axe and killed her parents and was charged but later acquitted. So this play really delves into the ‘did she or didn’t she’ scenario. There was never an answer back then and you won’t get an answer here either but it leaves you with an interpretation of the scenarios and the days that led up to the killings.”

The play is written by Pollock who is a Canadian playwright, actress and director who lives in Calgary Alberta. Pollock has taken some fiction and non-fiction facts and created her own interpretations of the story and composed an enjoyable play. 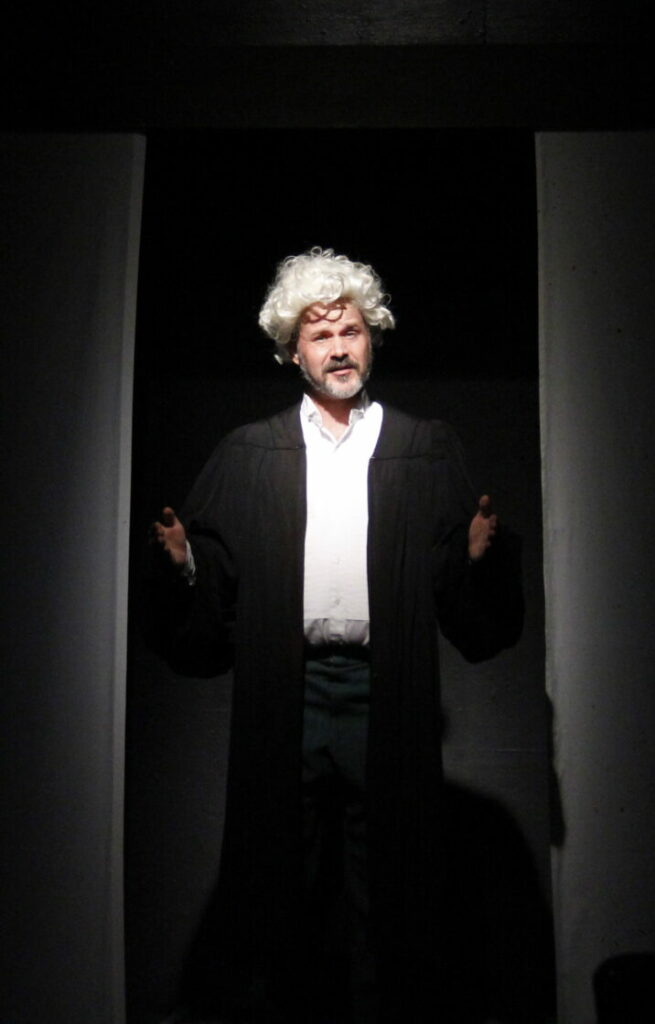 The Defence who is played by Adam McGowan is asking some serious questions about the killings of Lizzie Borden’s parents. (Desirée Decoste/Gazette Staff)

“Pollock has taken some factual and, of course,created her own interpretation and created this lovely play that’s kind of a play within a play,” said Singer. “So we’re actually starting in 1902 which is 10 years after the murders. We then have a dream thesis so we kind of delve back in at looking again how this played out, if she did it, and what might have motivated her.”

The play of course has the on-set cast with, the ever expressive Robin Snip as Miss Lizzie Borden/Bridget Sullivan, Ruth Laliberte with her many facial expressions as The Actress/Lizzie Borden, Adam McGowan as Dr. Patrick/The Defence, Lynn Fennell as Harry Wingate, Tess Singer as Emma Borden, Susie Mitchell as Mrs.(Abigail)Borden and Barrie Atkinson as Mr.(Andrew)Borden.

“I wanted to create a set that didn’t fall into a four walls kind of show, I wanted it to look like we drift in and out,” Singer expressed. “So the challenge was creating that visual impact and letting people see a dream unfolding, so that was probably more the challenge and of course it’s always a challenge when your dealing with certain time periods and finding costumes but we lucked out with that and I think we have some great costumes and I think I wanted that to be the centre was the people to really be the stand out in this play.”

And never forget the hard workers behind the scenes.

“Producing this show was great and if (Cheryl) Singer is involved I want to help in whatever way I can,” Sills stated. “Opening night is always tricky and we hope for a great audience who enjoys the show. It helps the actors and production team realize their hard work paid off.”

Tickets are available in advance for $17 or $20 at the door. At the door tickets are not guaranteed and the box office opens half hour before the show.