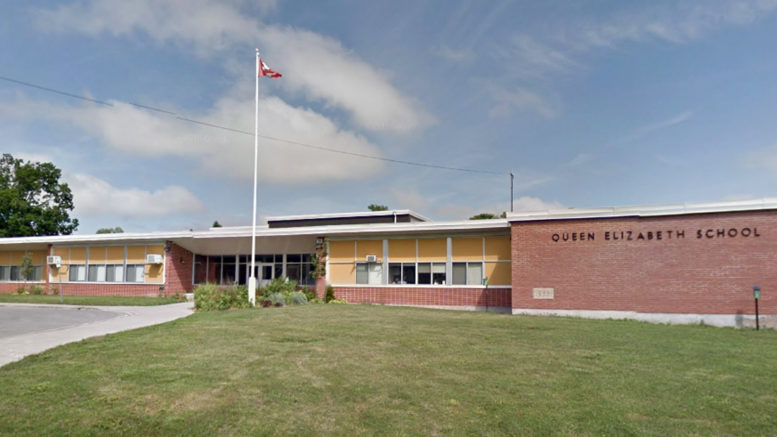 With a buyer having yet to be announced and a 90 day negotiating window presumably closed, the local municipality is again kicking the tires on a vacated elementary school in Picton.

The County of Prince Edward announced Tuesday it’s requesting that the Hastings and Prince Edward District School Board (HPEDSB) reconsider the joint expression of interest (EOI) for the former Queen Elizabeth School property in Picton.

“Our vision for this property offers the greatest potential benefit for the community,” said Steve Ferguson, Mayor, County of Prince Edward. “We want the opportunity to make our case for the property to the local school board so it remains in the hands of the municipality to address critical needs. Among those are housing options for businesses’ employees. We also want to stem the migration of young families out of The County because they can’t find affordable housing.”

In January, the committee of the whole voted to approve a joint ‘Expression of Interest’ (EOI) submission for the former Queen Elizabeth School in Picton on behalf of the Prince Edward County and Prince Edward-Lennox and Addington Social Services (PELASS).

The County’s decision to join with PELASS was two fold in that the organization provides functions in the affordable housing matrix as well as its place in the provincial pecking order when it comes to surplus school disposal.

While what the project would look like is very much in the conceptual phase, the idea would be to transform the building and 4.5 acres of land at the corner of Barker and Centre streets into an affordable housing solution.

In a press release, the municipality reiterated Picton has an urgent need for affordable/attainable housing, given the make-up of the local labour market and access to health-care and professional services. However, increasing housing stock in the town is challenging given the lack of available land in the residential core.

“As most people are aware, we have an acute shortage of vacant land in settlement areas – particularly Picton – that could be developed for attainable housing. The chance to acquire such a large, strategic parcel of municipally serviced land in the heart of Picton does not come along very often,” Mayor Ferguson added. “Council has identified housing needs as one of its strategic priorities during its term. In addition to addressing affordable housing, we would also have the opportunity to improve traffic flow in the neighbourhood and potentially co-locate municipal and other services at that site.”

After closing Queen Elizabeth School in 2018, HPEDSB intends to dispose of the surplus real estate property according to Ontario Regulation 444/98. The County and Prince Edward-Lennox and Addington Social Services (PELASS) submitted a joint EOI to negotiate the purchase of the 4.5-acre property at 35 Barker Street.

However, The County was informed in February 2019 that an organization higher on the priority list was invited to submit an offer to purchase the property.

A 90-day negotiating window between the HPEDSB and the highest ranking organization was believed to have commenced sometime in the late winter of 2019 and an announcement of the result of those negotiations have yet to ab announced by either party.

The Gazette e-mailed the ALCDSB, the Conseil des écoles catholiques du Centre-Est and the Consiel des écoles publiques de l’Est de l’Ontario for confirmation any of the respective organizations entered an EOI. Those inquiries went unanswered.

At the time of the announcement of Queen Elizabeth’s closure, the community was rife with rumour St. Gregory Catholic School could be relocated to the grounds of the soon-to-be vacated public school although such a move is still speculative.