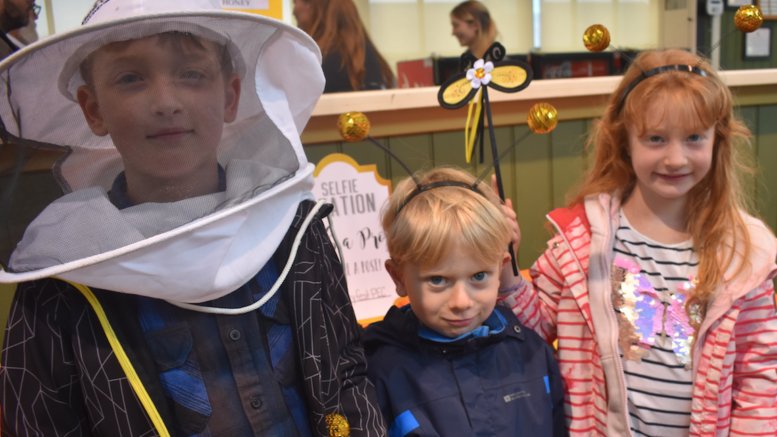 WEE BEE BUZZING- (From Left) Will Gustajtis-Stoudt, Liam Gustajtis and Eva Gustajtis-Stoudt were all visiting Prince Edward County this Thanksgiving weekend and were thankful the first annual Ontario Honey Festival was being held at the Crystal Palace on Saturday. Honey and Mead producers from all over the province landed in Picton. (Jason Parks/Gazette Staff)

Picton’s Crystal Palace was a hive of activity on Saturday as local organizers hosted the first annual Ontario Honey Festival.

Scores of vendors offering every type of honey, honey-infused, beeswax food and non-food products one could imagine, workshops featuring industry experts, crafts, a mead competition, live entertainment and games for the children enthralled a good number of attendees and all indications point this festival growing wings over the winter months and taking flight again in 2020.

Organizer Natalie Comeau of The Prince Edward County Honey Company said she got the inspiration to host a honey appreciation festival thanks to another sweet weekend that attracts people to the county. 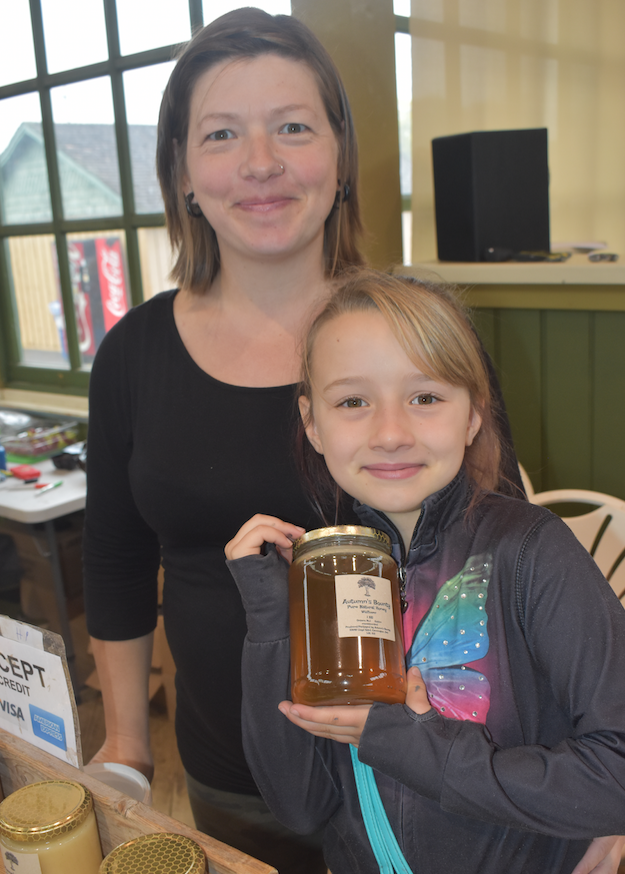 AWARD WINNER Jocie and Autumn Bayard of Autumn’s Bounty of Cannington, On were among the vendors at the 2019 Ontario Honey Festival at the Crystal Palace on Saturday (Jason Parks/Gazette Staff)

“I was really inspired by the local maple syrup producers and how they hold Maple in the County every spring and promote each other even though they are really busy boiling and producing. I thought, if they can do that, the beekeepers should be able to do that too,” Comeau told the Gazette Saturday as swarms of visitors buzzed around. “Finally we decided to move ahead and we had a great response from members of the industry both locally and from other parts of Ontario.”

With honey producers from all over Ontario including a great cross section from the eastern part of the province, Comeau was hopeful those honey dippers checking out the various offerings on Saturday realized “Honey’s not just honey.”

“We’ve got bees in six different part of the county and the honey tastes a little bit different depending on where it comes from,” Comeau explained. “That’s because of the different flowers blooming different times in different areas.”

And if the subtle taste of lavender honey over apple blossom honey wasn’t enough, a number of vendors were getting creative as Honey infused with cinnamon or chocolate or ginger or berry infused honey were just a few of the varieties available.

At the table of Autumn’s Bounty, a small farm in Cannington, On business was brisk and why not? The young family produced the 2018 Royal Winter Fair’s best white liquid honey for Eastern Canada. Among the samples that were going fast was blueberry infused honey.

“He have 200 hives and we pull from a lot of friends that have organic vegetable farms and apple orchards as well as some traditional field crops,” Jocie Bayard told the Gazette. “Our fruit infused honey comes from organic fruit powder.”

The beekeeper’s broth also known as mead was being judged by a group of lucky group of tasters including Sylvain Segard of Millefleurs Farm west of Wellington.

While the tasty libation certainly doesn’t have the same traction as other locally produced refreshing beverages such as wine or beer, Segard explained there were about half a dozen commercial meaderies in Ontario and those being mostly regional operations.

“To produce mead you require your own honey and it requires quite a bit of product. In Canada, there is a lot of clover honey or light honeys and what you need to produce quality mead with the richness and complexity is a lot of mono-floral honeys like apple blossom or blueberry,” Segard said. “Traditional mead is honey, water and yeast, it’s all about the honey but it’s also about the water. You just can’t use tap water. And then, the quality is in the skill of the mead maker.”

Sherry West of Brooklin, ON said she and her husband were visiting Prince Edward county this summer but knew they were destined to return in the fall after discovering the festival would be taking place in October.

“We were on holidays here in July when we read about the festival and we just knew we had to come back in October and check this out,” West told the Gazette. “My husband is looking at producing mead, getting all kinds of ideas from all the producers and everyone is so helpful.”