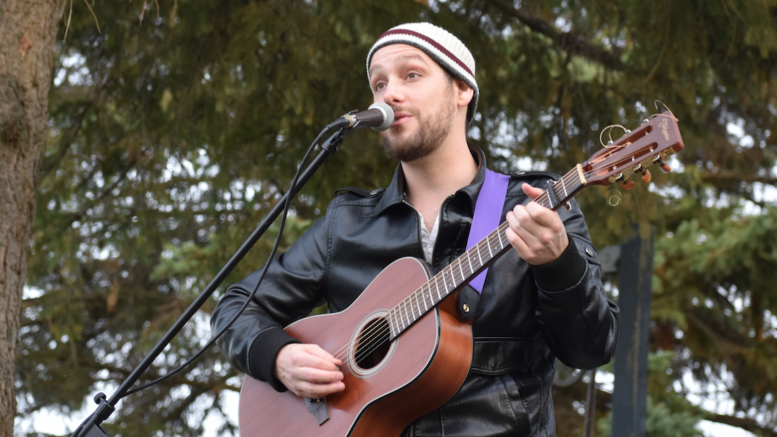 The sleepy hamlet of Northport was host to the fundraiser ‘Hick or Treat’ Saturday. The event, put on by Smokin’ Rednex BBQ CO., was sponsored by the Sophiasburgh Recreation Committee (SRC), Raising a Village, and County Kids Read.

From the ghouls and goblins who darted around in merriment to the silent auction, the fundraiser brought together members of the community both young and old.

John MacLeish, who owns Smokin’ Rednex with his wife, Nadia Dubeau, took a few moments to speak with the Gazette.

For MacLeish, the need to host charity fundraisers is both undeniably important and without affectation.

“I have always done charity-since I started my company. The last five years, before we moved here, the charity was Sick Kids Hospital,” explained John.

Despite donating to Sick Kids in the past, MacLeish wanted to support a new charity. And, despite his previous charity of choice wanting to honour his donations with a plaque, MacLeish declined.

“Charity is charity-whether it’s a sandwich or something else. I don’t need it to be known that I’ve donated,” added MacLeish.

This year, the owners of Smokin’ Rednex decided to donate to The County Food Hub and Raising a Village.

“It’s something that is so important for me-to do something for the children. I really enjoy the fact that we do kids-only charities. And, Nadia and I really want to be part of this community,” MacLeish emphasized, with the sound of children laughing and live music filling the rural soundscape.

With approximately 200-300 visitors circling in and out of the event, MacLeish was impressed with the turnout.

“We’re giving 100 per cent of the proceeds to charity,” said MacLeish.

With sponsors such as Prince Eddy’s Brewery, Long Dog Winery, Findlay Foods and a host of local businesses that offered donations for a silent auction, the community support for this event was tangible.

Children were encouraged to explore the area, replete with games, activities, a bouncy castle and even, a miniature horse, among other furry friends. In the spirit of Halloween, there was also a costume contest. For the adults, food and beverages were available and music was provided by Aaron Nash, Jordan Thomas and Flat Lander.

The silent auction offered everything from a two night stay at the Drake Devonshire Inn to a tutored wine tasting at the Lark.

Like many community events, Hick or Treat benefited greatly from volunteers. In this case, SRC along with several of MacLeish’s neighbours helped to set up and organize different parts of the event.

“Gabriele Cole helped out with community related aspects. She has been so fantastic with Nadia and I,” said MacLeish. “Nadia and Gabriele got all these auction gifts. When you look at the auction table, you can see how great the community has been.”

The County Food Hub is a non-profit commercial kitchen located as Sophiasburgh Central School with a focus on providing healthy food and food education. Raising a Village is a group dedicated to providing positive support and educational advancement for youth.