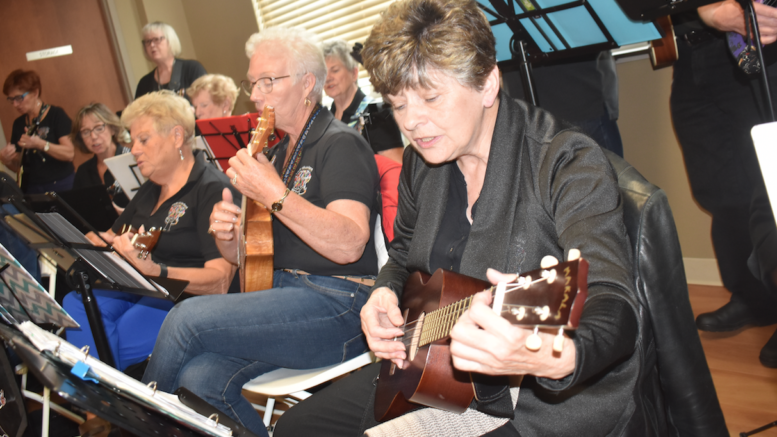 TAKING THE SLOW BOAT- Members of the County Ukulele Band perform "Slow Boat to China" at the 2019 Community Care for Seniors Active Living and Information Fair on Thursday at the Wellington and District Community Centre. (Jason Parks/Gazette Staff)

The local Seniors Active Living and Information Fair is an annual event on that’s on the ‘grow’.

While tallies are still being tabulated, it’s believed upwards of 500 flocked to the Wellington and District Community Centre on Thursday to take in the second annual Seniors Fair organized by the Prince Edward Community Care for Seniors Association. 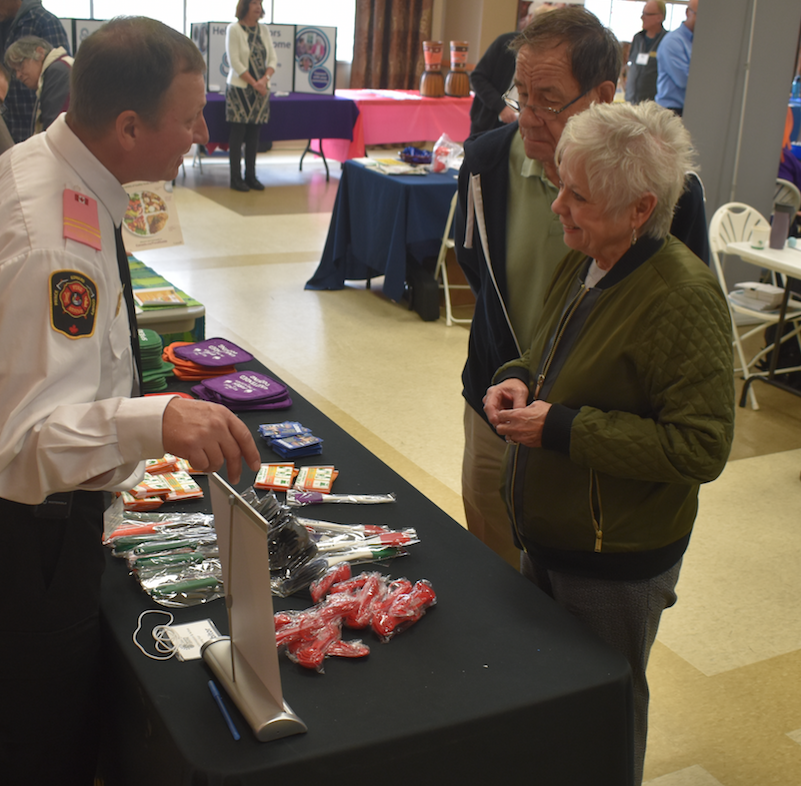 The all under one roof, one-stop-shopping event featured scores of vendors and exhibitors ranging from estate planners to Service Canada to VON Canada to Prince Edward OPP to the Southeast Local Health Integration Network to dozens of other service providers and groups in demand in this community.

Public Health nurses were on hand to provide flu vaccinations that turned out to be a popular service amongst both Fair goers as well as members of the general public in need of such an inoculation.

Local luminaries such as naturalist Terry Sprague, Tracey Reid and Manson Slik were among the presenters as selected providers and exhibitors gave offered public demonstrations/information sessions and, to top it all off, there was free food and live entertainment.

Community Care for Seniors Executive Director Debbie MacDonald Moynes was thrilled with the level of participation this year-both by attendees as well as businesses and public groups serving the community.

“We are just very, very pleased and we had to expand in the lobby/canteen area so we could have even more vendors and exhibitors,” MacDonald Moynes told the Gazette. “People gave us a lot of positive feedback about the array of services and professionals we were able to bring in this year.

To be able to bring the host of services all under roof while providing a pleasant and happy atmosphere where seniors can saunter at their own pace,  listen to presenters, see demonstrations and have a really fun and pleasant day was MacDonald Moynes goal.

And that goal was accomplished gauging by the positivity of all participants on Thursday.

“We do this to have an incredible range of services and the reaction we get from some seniors who are surprised these types of services are available to them.If they don’t need it know, it’s great for them to discover these things exist so they can have a better quality of life at home,” she added. 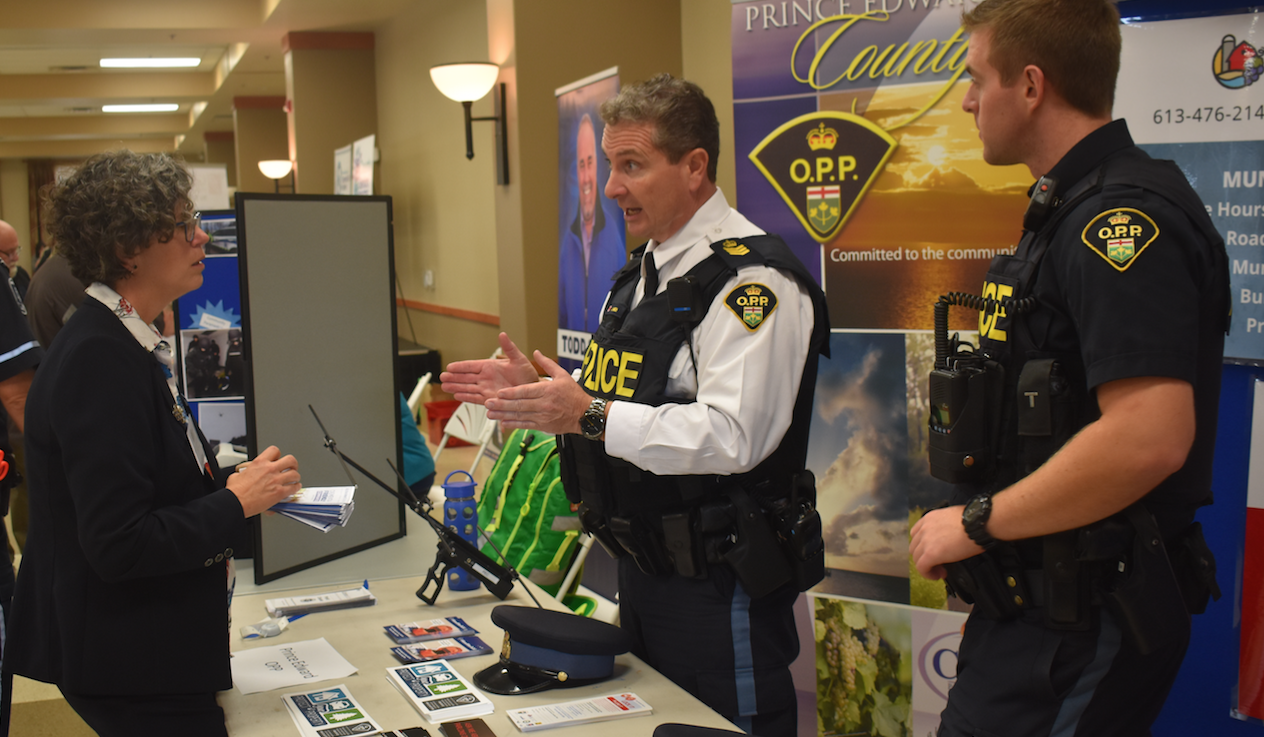 The process for planning a 2020 Seniors Fair is already under way and MacDonald Moynes wished to thank those who went above and beyond to make the 2019 edition a smashing success.

Among those included in that group were Gordon’s Services and the Manor on Loyalist Parkway who supplied the tote bags for Fair goers to collect all the pamphlets and swag at the various exhibitor booths as well as Tim Horton’s owner Paul Massey who attended, bringing along 1,000 free Timbits for everyone.

“We’re are so blessed to have all this help and people stepping up to make this a wonderful day,” MacDonald Moynes added.