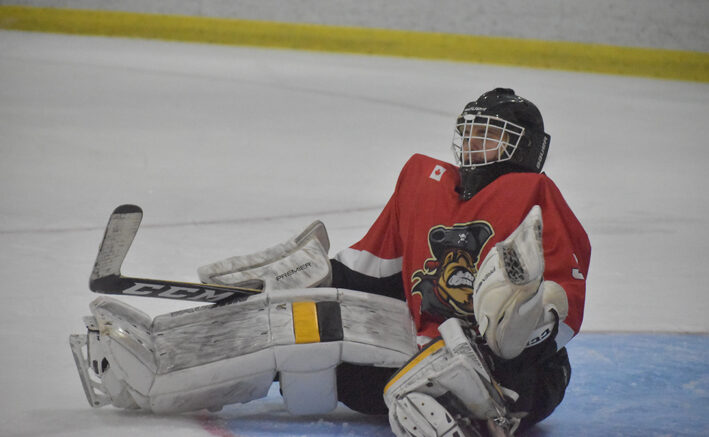 A LITTLE HELP? Picton Pirates netminder Eric Tessier was left on his own far too much on Sunday night, facing 49 shots in Picton’s 6-0 loss to the host Amherstview Jets. (Jason Parks/Gazette Staff) 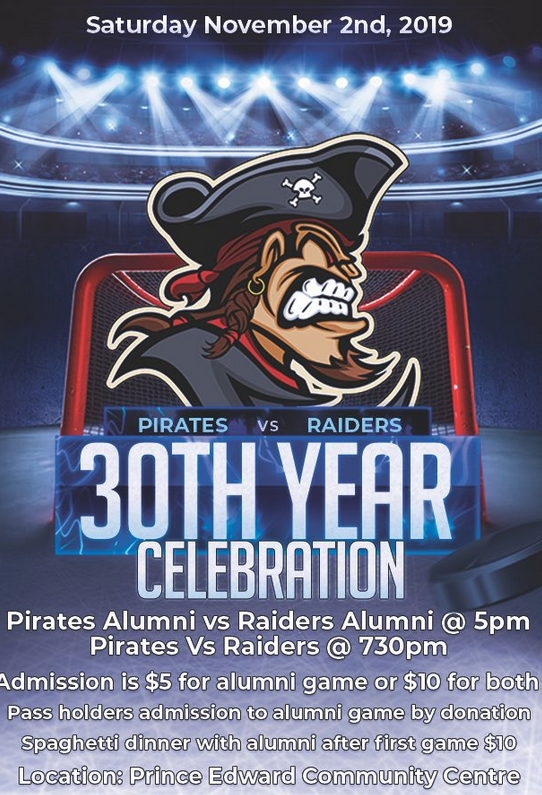 The Picton Pirates picked a tough time to come up dry on Sunday as they were blanked on the road in their only Provincial Junior Hockey League action this weekend.

The locals were in Amherstview to take on the Jets, one of the teams in the thick of the Tod Division that the Pirates( should have designs of overtaking as some point this season. But Sunday’s game just went from bad to worse as the Pirates were outplayed and also lost their top scorer after he drew the ire of OHA official Steve O’Reilly.

With the game scoreless midway through the first period, Griffen Conger took a tripping penalty and then had a complaint for O’Reilly on the way to the sin bin, picking up an extra minor at 13:08.

Picton’s Jack Dow would take another tripping penalty just seconds after Conger’s minors and Conger boiled over from the box, letting O’Reilly know what a great job he was doing officiating the game.

In kind, the zebra provided Conger with a two game siesta for abuse of official.

The Jets must have enjoyed the debacle and made Picton pay for the transgressions, scoring a pair of power play goals on the ensuing mand advantage to take a 2-0 lead to the dressing room. After setting up Ty Norman for a goal in the first, Hunter Chapman would score a powerplay goal in the opening moments of the second to make it a 3-0 lead in favour of Amherstview.

The Jets continued to role in the frame, adding another pair of goals to extend the lead to 5-0.

Jet Brayden Bertrand added a lone tally in the third to make it a 6-0 final.

Picton’s Eric Tessier must have felt he was in the middle of a shooting gallery as he faced 49 shots. Brady Sarazin made 21 stops for the shutout. Prospects for Picton look tough this weekend as the locals play a home and home with Tod Division leaders Napanee.

After visiting the Raiders Friday, Picton is using its home game on Saturday to celebrate it’s 30th anniversary of Jr. C hockey in the community. Prior to the regular PJHL game, Picton is hosting an alumni game against former Raiders starting at 5:30 p.m.

Former 2013 Schmalz Cup Champion capitan Brandon Peever and famed Pirates pugilist Cam Cleave are scheduled to take part. Admission for both games is $10. An alumni get-together and spaghetti dinner is being held after the first game and the cost is $10.