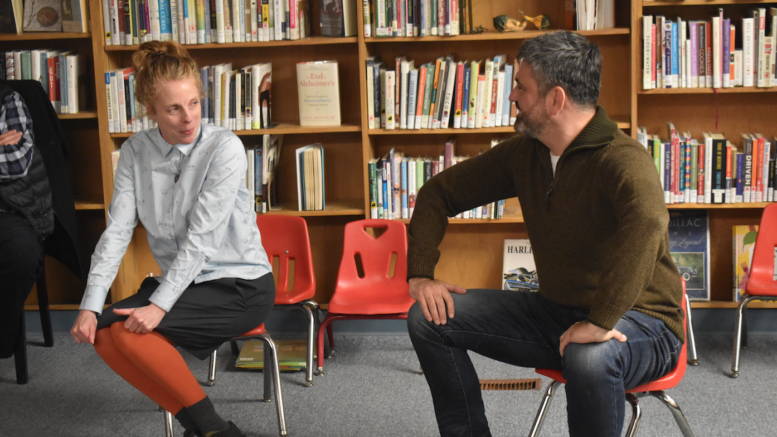 A NIGHT AT THE LIBRARY- (From Left) Beth Easton and Paul Septs of Taste That! perform at second annual Love your Library Fundraiser Oct. 27. (Sarah Williams/Gazette Staff)

The Picton Public Library hosted their second Comedy Fundraiser Sun., Oct 27. The event took place as part of the “Love Your Library” campaign, a facet of Library Month in the County, which has lasted throughout October.

The event featured music by the Frere Brothers and Comedy by the County’s Artisanal Comedy Troupe: Taste That.

Guests were invited to mingle while availing themselves of food and libation. Tickets were $50.00, with an anonymous, library loving donor matching each ticket price in donations.

“Inspired by individual and corporate donors as well as enthusiastic fundraising volunteers, we’re thrilled to announce a new benefactor is matching every single donation this month, up to $50,000.” says Barbara Sweet, CEO, County of Prince Edward Public Library. “This means that your $50.00 donation in October will be worth $100. And corporate donations will be doubled.”

The performers were all working as volunteers and the proceeds from the event will go towards the expansion of Picton’s Carnegie Library. 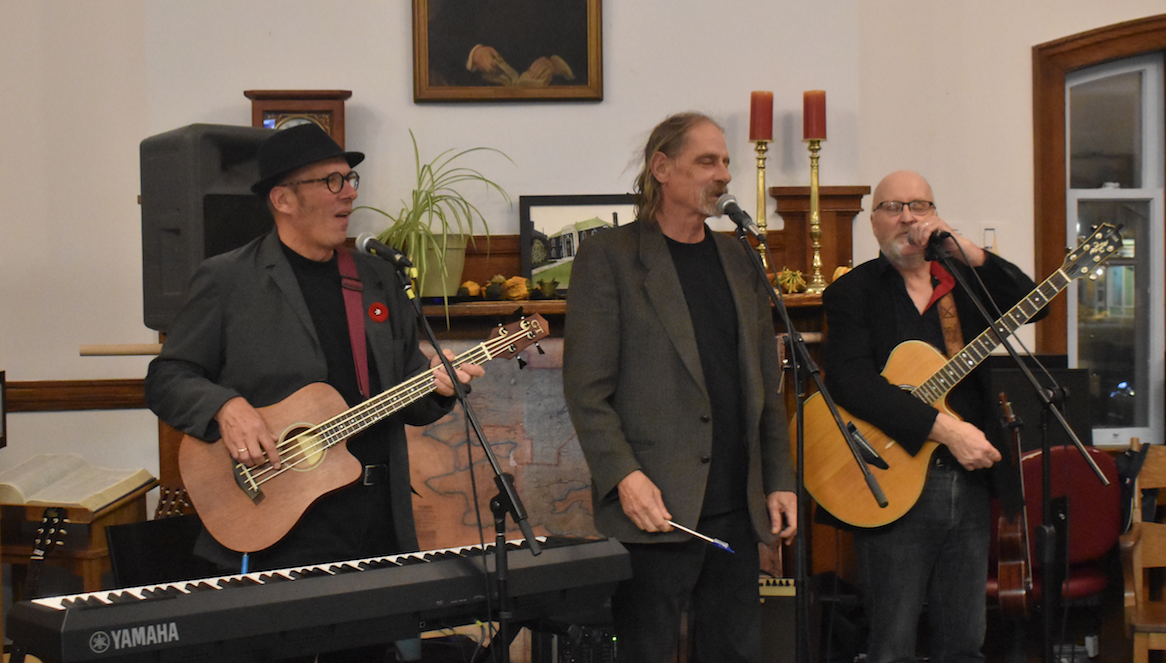 Oriella Stillo, who is part of the fundraising committee for the library expansion, stated the committee decided to host another comedy event this year due to the success of last year’s event.

“They did it last year and it was a great success, and of course, it’s October. It’s a good time to have a nice little event for people here,” she stated.

Stillo noted that both the musicians and comedians had generously donated their time last year, as well.

“This is grassroots charity. It starts at the bottom and expands and we hope that everyone benefits form the development here,” said Stillo.

“All our fundraising goals are through the roof. If we reach for the stars, maybe we’ll get the moon. We want to do the best we can and make this a better place for everybody,” she enthused.

Just as the library was built, in 1907, through the generous donation of famed philanthropist Andrew Carnegie, it now requires donations to provide relevant services and programs.

“Due to space constraints, limited accessibility and aging mechanicals, a 1907 building no longer meets the needs of our community. This is why the board asked County residents what they want from the Picton Library. People told us that the historic Carnegie built library should be upgraded,” Devon Jones, Chair of the County of Prince Edward Public Library Board notes.

The fundraising committee is close to their goal of $2,000, having raised upwards of $1,700. The entire project will cost $2 million, with monetary infusions from both the County and the John M.and Bernice Parrott Foundation.

The library expansion will provide an expanded collection, an enlarged children’s area and a dedicated Makerspace Room for STEM learning and lifelong enrichment, and accessible public washrooms, among other changes.

“I’m a newcomer,” expressed Stillo. “I’ve been here with my husband maybe 15 months. But, I feel like already this community has given me so much that I want to give back. And, I love libraries. Always have, always will. This library in particular, I’ve never met one that is such a hub for the community.”