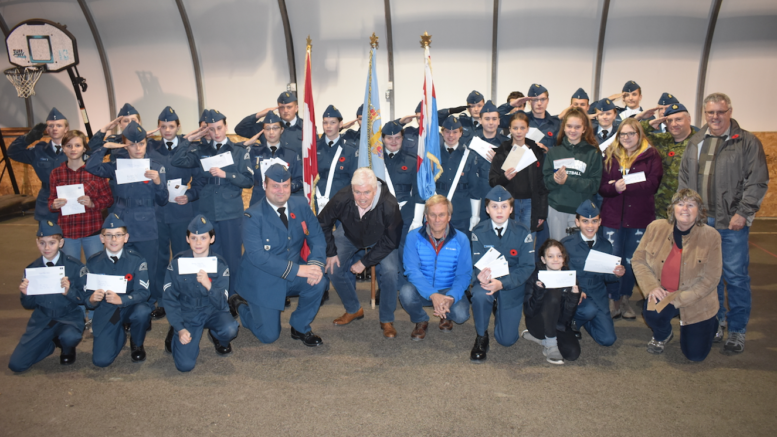 The local philanthropist group 100 People Who Care donated to another deserving non-profit organization this past Monday. This time, the informal, unregistered group  visited the 851 Prince Edward Air Cadet Squadron to present cheques totalling $1,100.

The group 100 People Who Care meet four times per year to decide which organizations they should donate to. Described as a “non-organization” the group acts on the simple principle of “minimum input and maximum impact”.

Presenting the cheques was Mark Davis who spoke to the crowd of young cadets as to why they were chosen as a recipient. 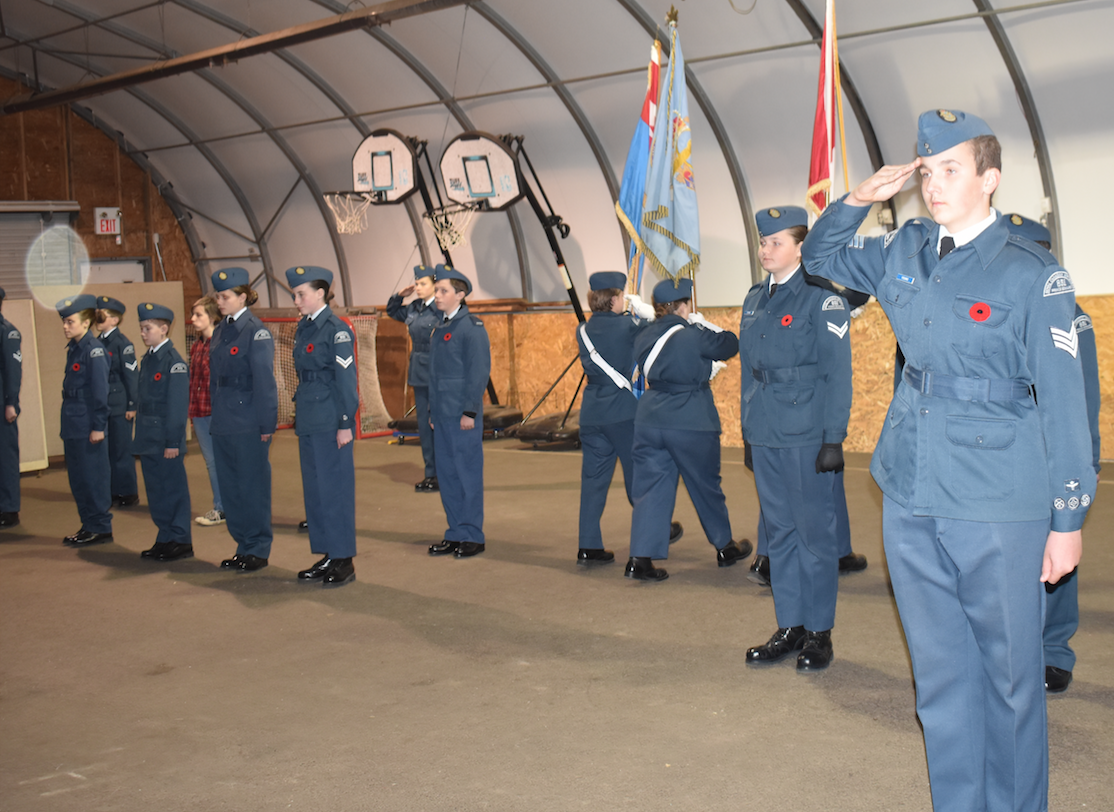 “People who have taken positions to help you become cadets and help you mature are also people who care. Our group meets four times a year, asking people who are part of our group to nominate organizations they feel are worthy of our money,” explained Davis. “So, the other evening (Administration Officer) Mike (Campbell) suggested-from what he knew about all of you-that you are young men and women of respect. You listen and you present yourselves well. You care. You don’t interrupt. You do a lot of things most other kids don’t do. Therefore, you stand out. You stand out as leaders. You stand out as successful. And, to that end, a lot of people thought you were a very worthy recipient,” Davis said.

Before handing cheques out to cadets in a poignant display of generosity, Davis expressed his hopes for the cadets moving forward.

“We hope that we will make your lives here all the more successful with this gift. We will leave it to all of you to decide how this money is best spent,” said Davis. “We’re very proud of you and we know you’re an important part of our community-we’re very honoured to be here and give you this gift on behalf of everyone at 100 People Who Care.”

Commanding Officer Adam Kidd spoke to what the donation could potentially be used towards.

“We really need to upgrade our flying time. We’re down to one day a year where the kids actually get to fly-and we’re Air Cadets,” said Kidd with a chuckle. “If we’re gliding, we go to Mountain View, but for private flying it’s right up on the hill. So, we might want to consider a little bit of scholarship money for our cadets, specifically the ones taking trades either geared towards aviation or military.”

Kidd noted that the donation would “go a long way”, and ultimately, any decision relating to its use will be up to the Squadron Sponsoring Committee.