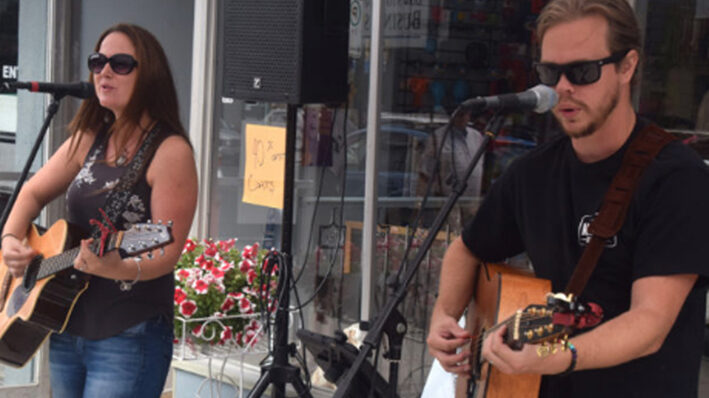 Prince Edward County’s own award winning brother sister duo have announced an upcoming album release and concert at The Regent Theatre on Dec. 5, 2019.

It’s no secret that Instant Rivalry’s Meg and Caleb Hutton have been working towards this record for a few years. After winning two consecutive all-Ontario talent competitions, touring and being featured as Country Music Association of Ontario’s ‘New faces going places’ act, the pressure was on for the duo to get into a recording studio.

“There were setbacks and obstacles and wolves in sheep’s clothing,” Meg admits. “But I wouldn’t change a thing. This journey has made us better equipped to survive and build our place in the industry.” 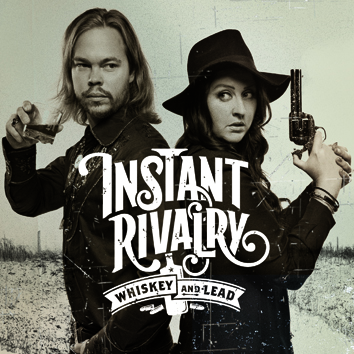 It was important to Meg and Caleb to create a record that was professional and timeless. Something their fans could have a genuine connection with. That vision led the them to Nashville, Tennessee where they hand selected the best studio musicians in North America from multiple genres. Country, Rock, Bluegrass and Folk. The Strategy? Meg and Caleb built an incredible team to breathe life into their songs and capture the Instant Rivalry sound.

“We tracked all 15 songs, live off the floor, in two days,” said Caleb, who is also a sound engineer and owns Back Forty Productions. “We did a lot of one-take recordings that truly captured the essence and raw energy behind every song.”

It is impressive to note that Megan and Caleb wrote, produced and oversaw the post production of Whiskey and Lead. They are also releasing the album independently . Early reviews of the album are labelling it “refreshing”, “dynamic”, with “harmonies reminiscent of Little Big Town and Fleetwood Mac” and with the “diversity of The Eagles”.

This isn’t just the acoustic duo Prince Edward County music fans have come to know and love. It’s bigger and full of energy. It’s confident and fiery, yet earnest and vulnerable too. It’s music with a story. It’s Instant Rivalry like you’ve never heard them before.

Instant Rivalry are releasing Whiskey and Lead on December 6 online and in stores. However, on Thurs., Dec 5 at the Regent Theatre, the group is hosting a release party/concert.

All ticket holders will get a copy of the album a day before it’s public release and enjoy Instant Rivalry live with a nine-piece band as they perform the songs from the album.

“Producing and hosting our album release concert at home was important for us.” Meg added. “Our community has supported us at every turn. We are so lucky to call The County home.”

Tickets go on sale November 7th at www.theregenttheatre.org or at the Regent Theatre Box Office. Regular tickets start at $25. VIP Tickets are $40. More information available through The Regent Theatre.