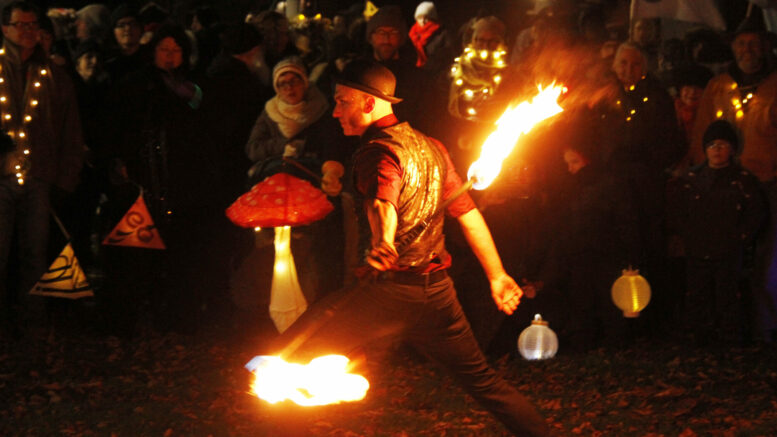 Illuminating A fire thrower performs at the 2019 Firelight Lantern Festival organized by the Department of Illumination. (Desirée Decoste/Gazette file photo)

Saturday’s 7th annual Firelight Lantern Festival organized by The Department of Illumination Artistic Company lit up the streets in Picton as close to 1,000 revellers displayed their lanterns as they illuminated Main St. on their way the beautiful historic Crystal Palace.

As is the case every year, organizers chose a different theme annually with this years theme entitled ‘The Time Machine’ where participants could pick from anytime period in history.

“I’m absolutely thrilled,” co-organizer Krista Dalby told the Gazette. “We have such an incredible group of artists who have worked so hard on this for quite a long time so I’m just excited.”

Before leaving for the Palace, a fire thrower put on a flaming good show for the participants and had everyone enthralled with his tricks. 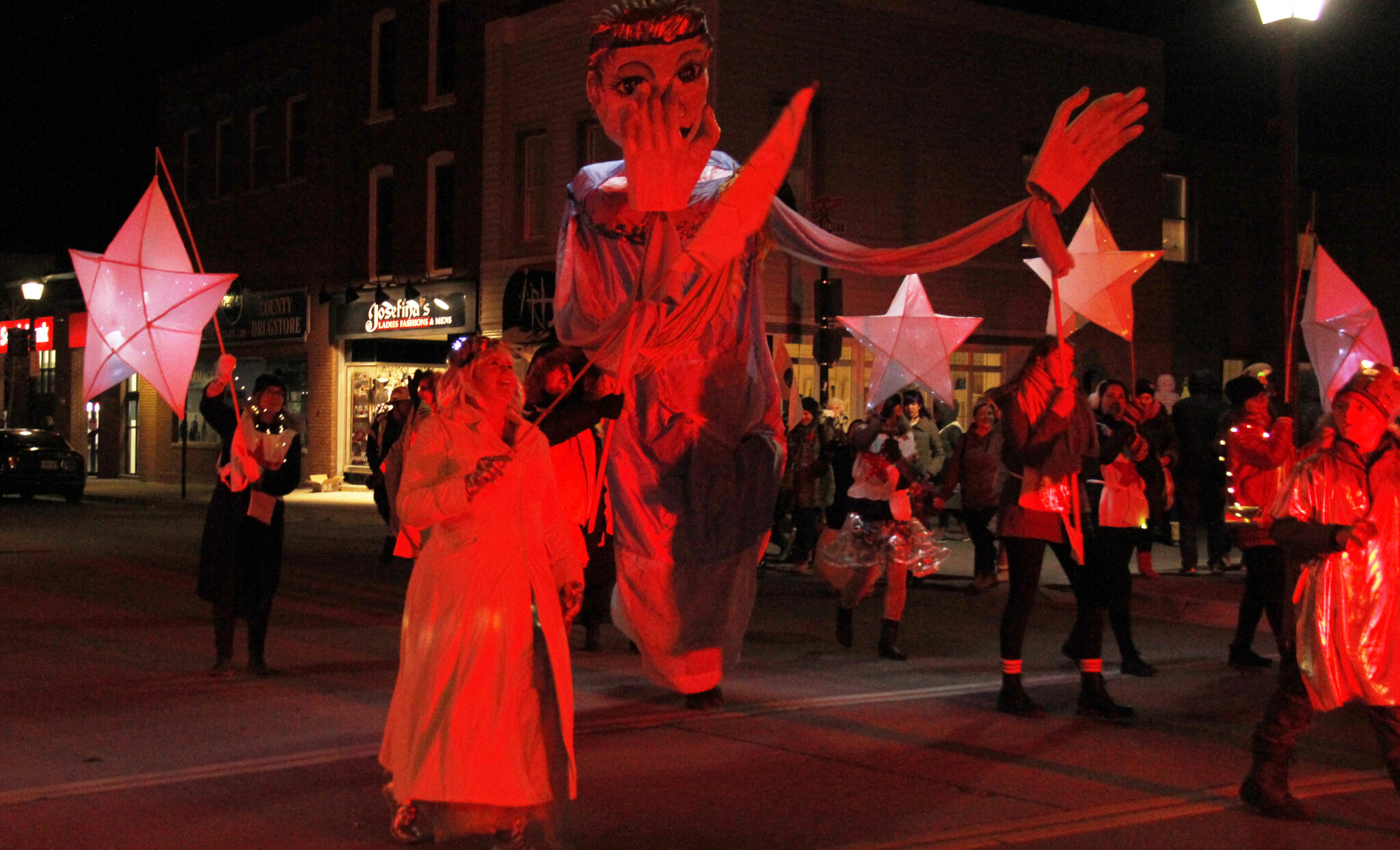 The parade, which mustered at Benson Park, was escorted by a fire truck as emergency lights acted as a beacon for leading the pack on their way to the party.

Parade band Spencer Evans and The Goat Stepper  kept spirits high as they played their tunes and belted their songs for everyone all the route to the Crystal Palace where DJ Ombudsman  took turns playing tunes throughout the evening.

Once at the Palace there were multiple ‘parking spots’ for your lanterns, music was playing and a special escape room of sorts was put on by Escape Camp Picton and was more of a ‘through the ages’ with three different time periods with different points, facts and activities in each one.

“What’s terrific about this particular festival is it allows the community to come together and express their creativity in the most unusual ways,” said Steve Ferguson, Mayor of Prince Edward County. “The organizers, particularly Krista (Dalby) have done a fabulous job in thinking this through and every possible thing has been thought of from the decorations, the music, the ambience to the costuming, it’s absolutely terrific.”

Going into the night a ‘light show’ took place as a lovely lady whose white dress was lit up, danced and twirled around a heightened hoop while bystanders stood in awe.

The Firelight Lantern Festival draws inspiration from traditions of many lantern festivals throughout the world which use light as a symbol to bring people together. The timing of this festival in mid-November coincides with the European tradition of Martinmas which originated in France in honour of St. Martin, a friend of children and patron of the poor.

Martinmas is celebrated throughout Europe, its signature being children’s lantern processions. As fall ends and the darkness of winter descends upon us it’s easy to feel isolated, especially living in a rural community according to The Department of Illumination website.

“It’s been great to see the festival grow from an idea to an annual community event,” said Andrew McLuhan. “What we love about it is that it’s truly a community event. Everyone can and does take part! My children Ezra and Virgil love being part of the parade, not just watching from the sidelines, and the music, lights and sights in the Crystal Palace are always a surprise and a delight.”

This festival acts as a beacon to encourage the residents, both adults and children, to conjure their own light, bringing it into their hearts and homes to sustain them through the darkness.

Making a lantern is a literal application of this metaphor, but in gathering people together to make lanterns in town halls, schools and living rooms, our camaraderie grows and we feel the warm glow of making beautiful things with our hands alongside friends and neighbours, as said on The Department of Illumination website.

“It’s so great to see young families here who are engaging with each other and engaging in the events that are here as opposed to looking down at a smart phone,” expressed Ferguson. “It’s just a terrific event.”