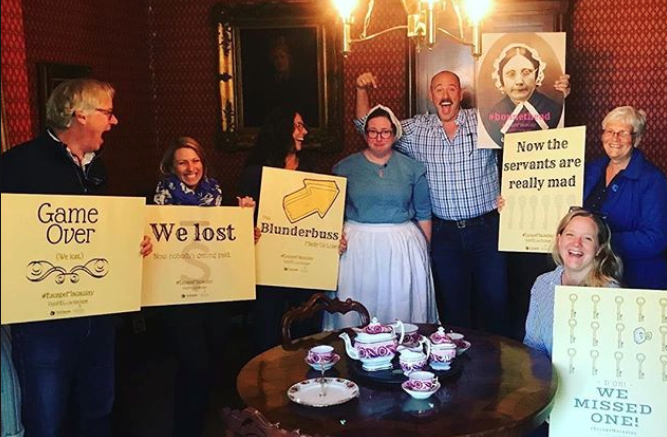 REAPING THE REWARDS Escape Macaulay House has proved popular in its first year of operation with approximately $11,000 in profit for the County's Museums. (Facebook photo)

A new attraction at Macaulay Heritage Park in Picton garnered record revenues and bolstered visitor numbers as their escape room took off in its first year of operating.

“We had hoped to break even in the first year,” said Assistant Curator, Jessica Chase. “But Escape Macaulay House exceeded all expectations. This new way of experiencing County history clearly resonated with visitors.”

The escape room generated $14,650 in ticket revenue, including $11,125 in $25 individual tickets and $3,525 in $75 family tickets. After covering costs related to marketing and wages, the attraction generated approximately $11,000 in profit for the County Museums.

The municipality’s Community and Economic Development Commission (CEDC) made an initial investment in 2018 of $5,000 to help establish the Escape Room in support of the CEDC’s priority to maintain The County’s historical character and to facilitate adaptive reuse of heritage assets.

The game is based on a true story, supported by letters and other documents showing for a period of about two years, Macaulay’s staff went unpaid.

A costumed character/guide helps explain that servants working for Rev. William Macaulay have not been paid, the Escape Room visitors are challenged to solve clues leading them to a treasure which may help make up their back wages.

“The Museums deserve congratulations for thinking ‘outside the box’ when it comes to finding new ways to attract audiences and share The County’s history,” said Rick Conroy, CEDC Chair.

Over the course of nine months, more than 600 people visited the attraction with a majority of ticket holders hailed from across the region. 57% coming from Prince Edward County, Bay of Quinte, or Kingston and another 22% came from the Greater Toronto Area.

Escape Macaulay House is closed for the season and is expected to reopen in Spring 2020 with some tweaks to the game. In the meantime, those curious about escape rooms can try Escape Camp Picton, which has subsequently opened two Second World War-themed rooms at the Loch Sloy Air Base.