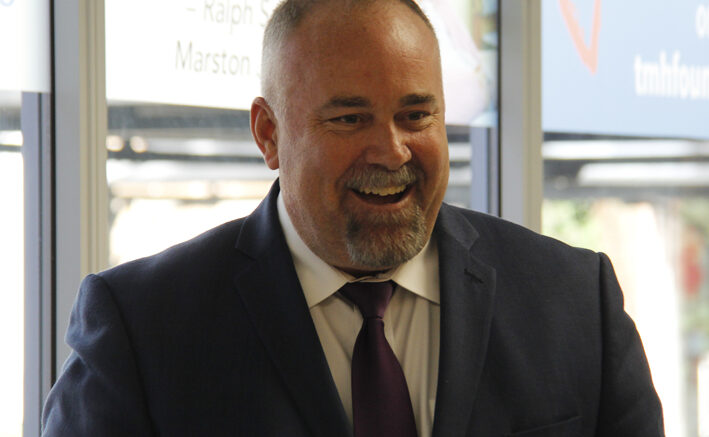 Smith has long been an advocate for greater oversight and representation on the International Joint Commission, the body that regulates Lake Ontario water levels and, on Wednesday, his government joined in the outcry that something needed to be done before the a third high water event in the last four years further devastated those affected by increased lake levels.

With the support of Smith and neighbouring MPPs, Ontario Premier Doug Ford has written to Prime Minister Justin Trudeau to urge the federal government to act immediately to appoint an IJC Commissioner from the region hit hard by record high water levels in both 2017 and 2019.

In his letter, Ford noted flooding has caused extensive damage to public and private property and severely impacted businesses that support the region’s vital tourism economy. He indicated the cost to municipalities, private landowners and businesses in the region “will reach into the hundreds of millions of dollars.”

The Premier expressed his disappointment the IJC has not been more responsive to concerns raised.

“The people living and working on the shores of Lake Ontario and the St. Lawrence fear the future of their homes and businesses hang in the balance as decisions are made by the IJC over the coming weeks and months,” Ford wrote. “It is imperative the voices of those communities most impacted by the decisions made by the IJC are represented.”

As Lake Ontario and the St. Lawrence River are international boundary waters shared with the United States, Canadian jurisdiction for water-level control is the federal level. Canada is a party to the Boundary Waters Treaty of 1909, which established the IJC.

In June, Smith wrote federal Minister of Environment and Climate Change Catherine McKenna to ask her to engage the IJC for an expedient review of Plan 2014, a protocol that has governed water-level management on the international waterways for the past three years. He advocated for revisions that would introduce proactive management tools to lessen impacts on shoreland owners. He appreciated Ford’s action.

“I’ve heard clearly from constituents who have experienced damaging flooding, sleepless nights, and lingering doubts about their property values – both in terms of their day-to-day living and monetarily,” said Smith. “I thank Premier Ford for standing up for these residents and pushing for them to have true representation in these discussions that mean so much to them.”

Smith expressed hope that Trudeau will act upon Ford’s request.

“Time is ticking and the water levels have not receded. People are scared this nightmare will continue into 2020 and beyond. It’s time for the Prime Minister to acknowledge this problem and address it,” said Smith. “By agreeing to appoint someone with lived experience as an IJC Commissioner as Premier Ford requested – he would be making a tangible step in that direction.”