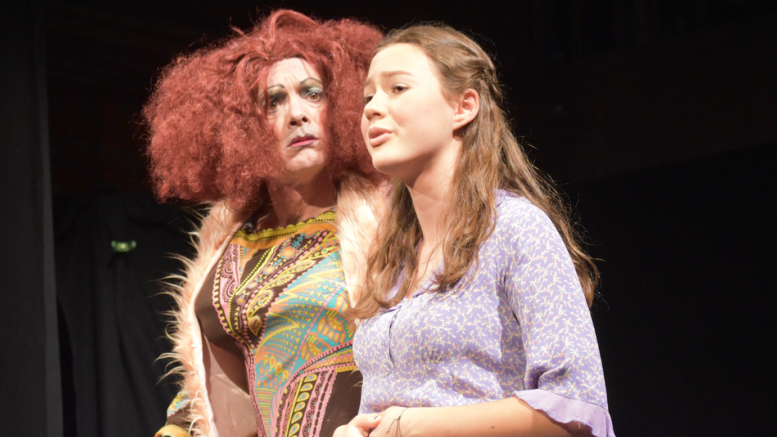 Milford’s historic Mt. Tabor will serve as the host of the latest pantomime from The Marysburgh Mummers, Hickory Dickory Dock. The show, written by Norman Robbins, is directed by Kyle Watson and Lori Farrington.

Panto is a British Christmas tradition that, like many things, has travelled across the pond. This show has much in common with traditional pantos, though arguably with a distinct Prince Edward County flare. Though pantos are known for including music and songs, the Mummers took it a step further when they invited local musicians to play for them throughout the show.

Like other pantos, this one features side-splitting gender bending characters with one-liners that will have you laughing out loud, including local references to waiting in line at the Skyway Bridge or the terror that ensues at the mere suggestion of extending the tourist season by two months.

Farrington took time to speak with the Gazette shortly before the curtain drew on their final dress rehearsal.

“This play takes place in panto land. In panto time,” said Farrington, explaining the surreal nature of the plot.

“There’s an evil imp who has been locked in a clock for 100 years and the clock belongs to Dame Foxtrot, played by Pat Larkin. There’s an evil baron played by Kyle Watson who wants to own the clock. Then, the wizard, played by Fred Lester, frees the imp. Cue hijinks,” said Farrington.

Every character in the play has to try to imprison the imp to save the world.

It’s a bit of an odyssey, said Farrington. They go to fairyland. They go to the magic kingdom. They to underwater to Queen Oceana. And of course, they travel through the clock. 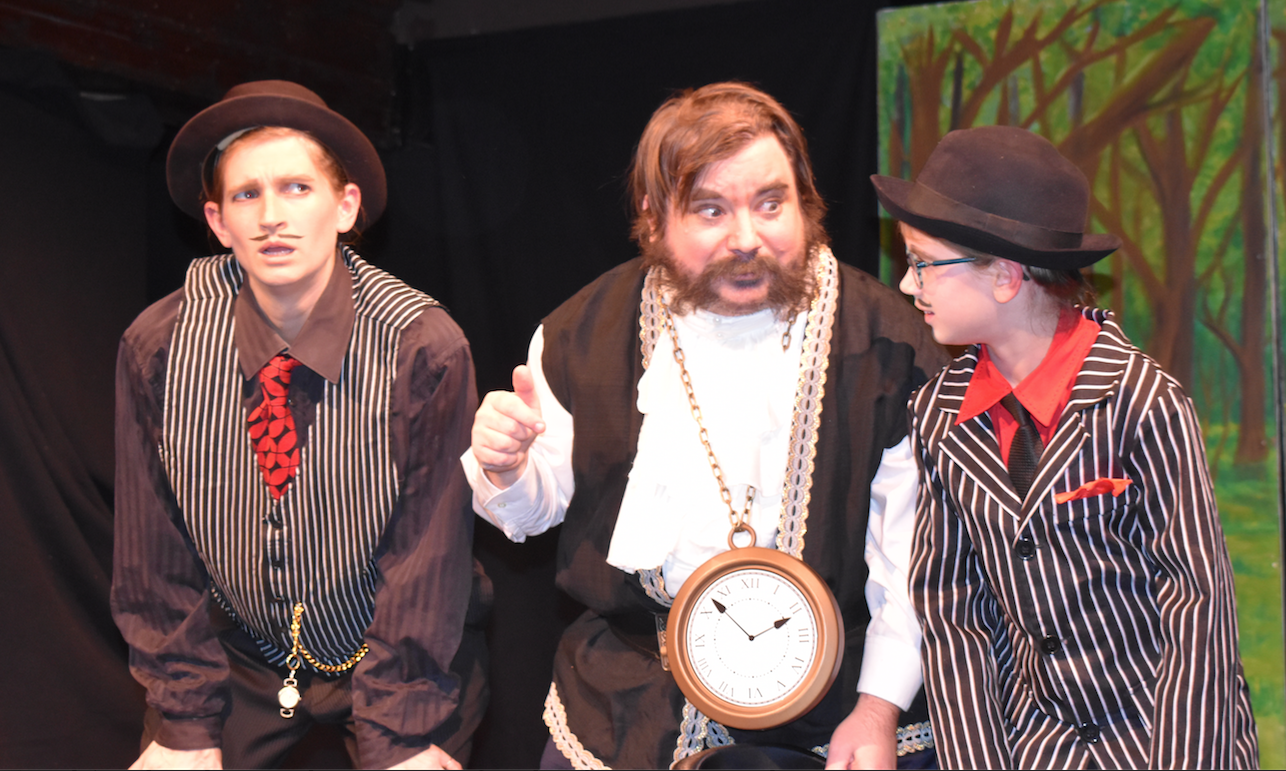 “Kyle Watson and I, probably 15 or so years ago, started doing pantos,” explained Farrington. “We did them at the Regent Theatre at the time. We loved it! Then, life happened and Kyle moved away,” said Farrington, reminiscing.

Once Watson had moved back to Prince Edward County, it was only a matter of time before he and Farrington teamed up once again to bring pantos to local theatre.

“The whole cast and crew jumped in. We were already, during the run of last year’s show, starting to talk about this year. So, there’s really no time between planning-we’re always planning,” said Farrington with a chuckle.

The crew of at least 20 boasts all ages and the musicians are well-known, both in the county and elsewhere. Annelise Noronha is the musical director, Sam Hirst is on the keys, Jeremy Kelly plays lead guitar, Craig McMillan is on drums and Steve Mee plays bass.

“It’s different doing a panto at Mt. Tabor than at the Regent,” mused Farrington. “I love doing both, but Mt. Tabor is such an intimate venue that it’s really nice when you get it full of people and the audience, especially at Christmas time when there is this feeling of community and friendship. So, to perform something in this really magical space at a magical time of year is really nice.”

When asked how this panto differed from others, Watson was quick to point out this show boasts a 12 foot grandfather clock that can even be climbed, along with several doors to enter and exit through.

As the crew scuttled about, some half in costume, some obsessively rehearsing lines, Watson explained that pantos generally take a bit more time to come together than do regular plays.

“When you’re doing a panto, you generally have to do about one month of extra rehearsal time on average. When you’re doing a six person show with adults, you can pull it off in about 2 months. But with children, because they’re young and don’t have the frame of reference that adults do, you can’t just say ‘deliver this joke’ because they might not understand it. You have to explain what it is because often the jokes made on stage were written 40 or more years ago,” Watson stated.

Les Bystrzycki, who hasn’t acted since high school, is enthusiastic about his time playing one of the lead roles in the show.

“I love it. This just brings back a lot of memories and I can’t say enough good things about it,” enthused Bystrzycki.

When asked whether or not he would act in another Mummer’s play, he replied with a resounding, “oh, for sure!”

The show runs from November 27th-December 30th inclusive. Show times are at 7 p.m at the Mt. Tabor Playhouse, except for Saturday and Sunday, which have a show time of 3 p.m. Tickets are available at Books & Company, The General in Wellington and Rossmore Stop. For more information, please visit: http://mummers.ca/hickory-dickory-dock/ .