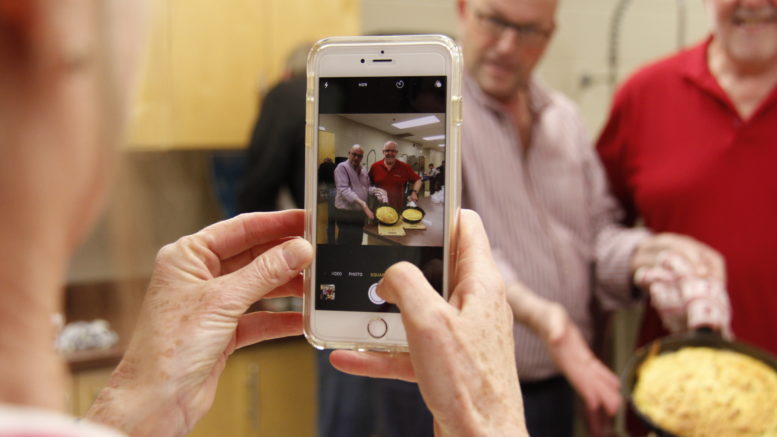 At Thursday’s Committee of the Whole Meeting, County Council received a request from Heather Ford, Food to Share Chairperson, asking that use of community owned kitchens by the group that helps proactively battles the issue food insecurity be extended.

Food to Share is a non-profit group that began in 2015 with the goal of combating food insecurity. With Prince Edward County having the second highest food insecurity level in Ontario, the issue has become a major concern within the community.

Food to Share prepares meals twice weekly in kitchen spaces at the Highline Hall in Wellington and the Rotary Club of Picton Hall in Picton. Those meals are then donated to local food banks.

It was in 2017 when volunteer Glen Wallis came to Council requesting free use of arena kitchens for 2018-2019. Now, with the end of the year fast approaching, the group is concerned that without a space, they may not continue to operate.

“We’ve made great use of those kitchens,” said Ford. “We’ve had over 90 cooking sessions.”

Apart from their initiative to help bring food to the hungry, Food to Share cooks two lunches two weeks of the year at the ROC Youth Centre, as well as hosting a cooking class there on Thursday afternoons.

“We’re basically here to say ‘thank you’. We really appreciate using the arena kitchens. We can fit a lot of people in there and push meals out very quickly,” added Ford.

“We’re asking (to extend he use of the kitchens) rather than going through the granting process because this is not a one time request. It is ongoing. We find, when we go through the in-kind grant process, it’s restrictive. It would preclude us to add a day to our cooking, for example. The request is not just for Food to Share, but for other groups working on food insecurity as well,” she stated.

As Ford points out, the group has gotten caught in timing. With the use of arena kitchens only being until December 31st and the often time-consuming grant process, there could be weeks where they aren’t able to cook, effectively making food less accessible for many in the County.

Councillor Bill Roberts cited an agenda item that recommends $7,000 from the Community Grants be allocated to those fighting food insecurity, and questioned whether this amount was sufficient.

“On this agenda, we have item 6.4 that points to a $7,000 staff recommendation to deal with in-kind for food insecurity. In your opinion, is the $7,000 adequate to help with food insecurity,” questioned Roberts.

Ford replied given the number of hours for which they require arena kitchens in order to continue cooking, $7,000 would not be enough money.

Ford also affirmed that what her group is looking for from Council is an in-kind agreement that would not interfere with any paying customers at the facilities.

Mayor Steve Ferguson thanked the representatives from Food to Share and implored Council not to spend too much time deliberating this request.

“Thank you for the work you’re doing on behalf of so many people. I hope we, as Council, will not get overly engaged in a lot of debate about this, because Food to Share, and other organizations, are helping so many people,” said Ferguson. “This, to me, is a no-brainer and we have to make this happen sooner than later.”

The in-kind use of community centre kitchens, such as those at arenas, was extended to March 31, 2020 with a report from staff to come back outlining the options for extending that use for the entire term of Council.