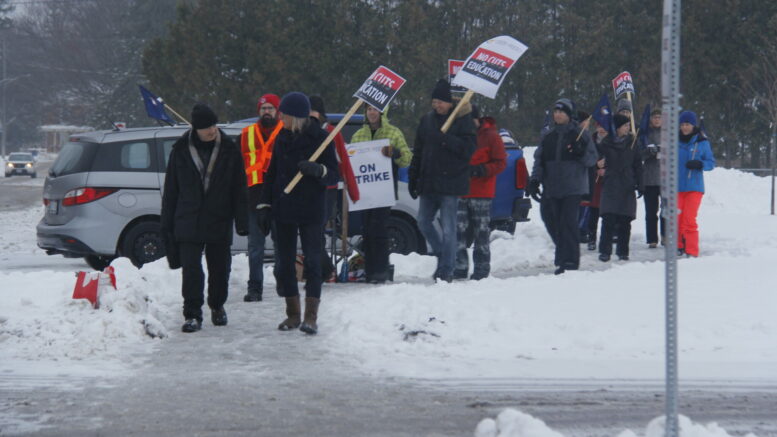 MARCHING FORWARD In an attempt to get the province to move forward with contract negotiations, Prince Edward Collegiate Institute (PECI) along with all public high school teachers across the province took part in a one-day full withdrawal of services on Wednesday. (Desirée Decoste/Gazette Staff)

Prince Edward Collegiate Institute’s (PECI) secondary school educators joined in with their counterparts across Ontario Wednesday as the Ontario Secondary School Teachers’ Federation (OSSTF) participated in a one-day full withdrawal of services in an effort to move contract negotiations forward with the province.

Local high school teachers are expected to be back on the picket lines this coming Wednesday as well as part of a one-off rotating work action.

Scott Marshall, president of local OSSTF, District 29, visited all eight secondary schools in his district Wednesday to show support, meet with members and indicate to the public how much he cares and wants see a central negotiated settlement with the Ministry of Education.

“This is not where we want to be, we want to be in the buildings doing our jobs,” Marshall said Wednesday outside PECI. “We started eight months ago trying to prevent all of this with strong education campaigns, we had a town hall meeting in Picton and one in Wellington.”

This one-day strike followed six days of information pickets and  a limited withdrawal of administrative services which began Nov. 26 as the OSSTF reached an internal deadline of a new agreement not being reached. 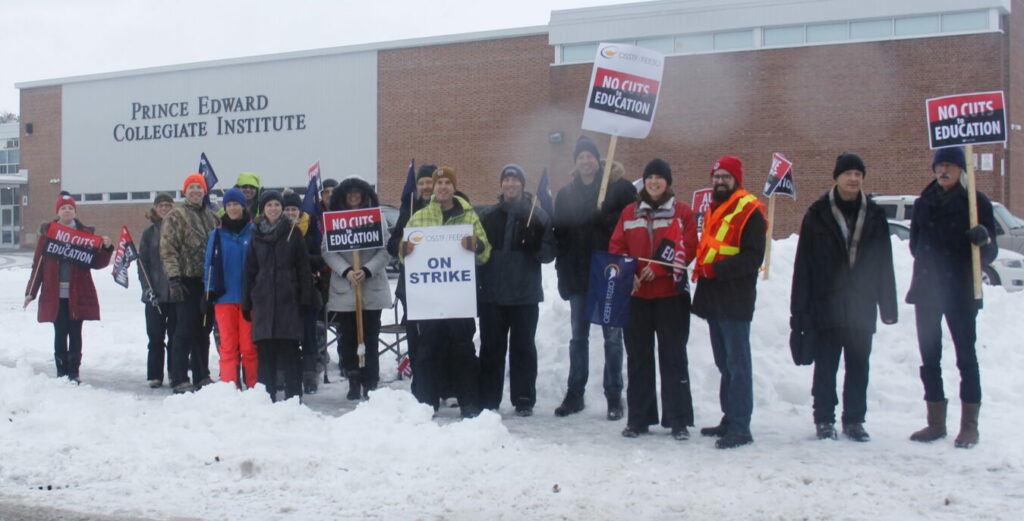 “Right from the get-go, the government has been misleading the public on what these cuts will mean to student outcomes,” Marshall told The Gazette. “We tried to get in front of it and in the past week we’ve been conducting information pickets on our lunches and after school. So we’ve been doing what we can not to get here but today we think this is necessary to try and get the government to engage in some meaningful dialog that’s good for education.”

With no contract in place and negotiations languishing  members across Ontario finally voted for a strike mandate and Marshall said service withdrawal is the last card the OSSTF has to play.

“I think anytime your on a full withdrawal it’s a last resort,” Marshall expressed. “Because, as I said before, everyone wants to be in the building doing their job but there’s a lot at stake here, if the government carries through with the cuts they’ve put on the table, it’s going to set back the education quite a bit.” 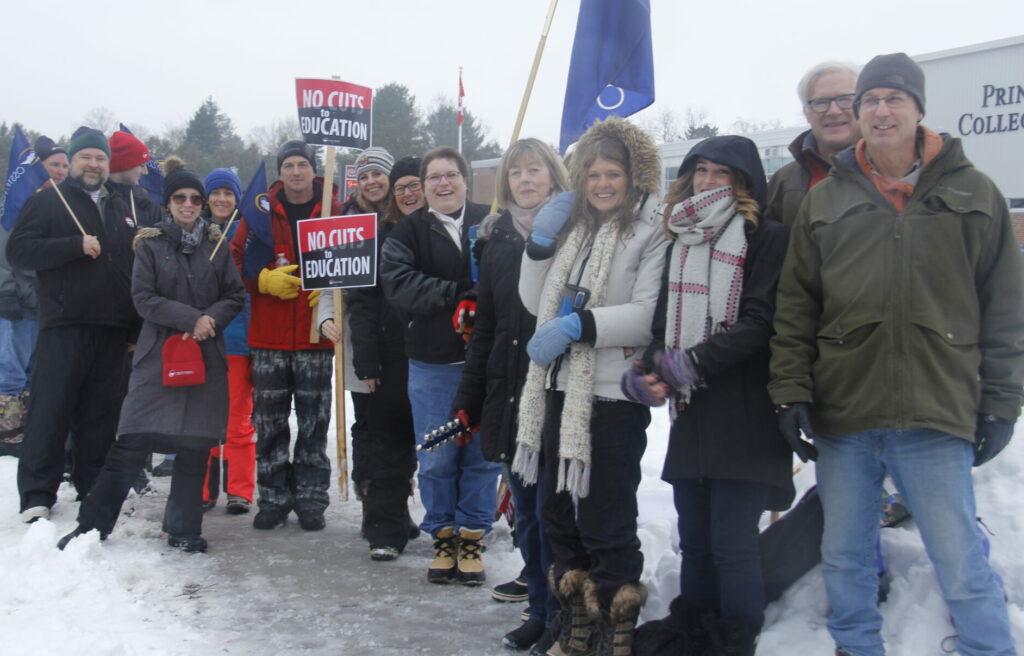 SECOND WAVE PECI teachers in the second shift of the strike on Wednesday. (Desirée Decoste/Gazette Staff)

Knowing the province held a public consultation on class sizes, e-learning and other issues which was completed in the spring, OSSFT officials have been pushing the province to release the details.

“There’s been a lot of gains made over the last decade and they (the province) did a broad public consultation in the spring and they haven’t made those findings public,” Marshall declared. “They said at the time they were doing that to inform them about where to go and the data from those consultations has leaked out and the public is in fact, against raising class sizes, the public is against the imposed e-learning model and the government has got a position that’s not consistent with what the public and the parents are saying.”

Wednesday’s strike did not afflict teachers with the Algonquin and Lakeshore Catholic District School Board as they carry a different union from public high school teachers.