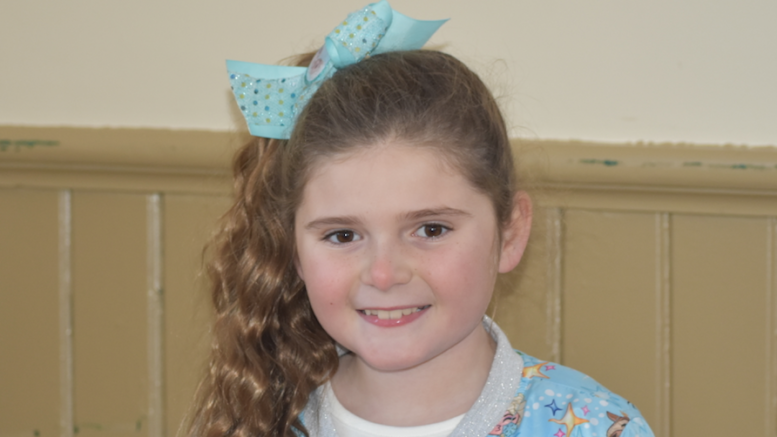 Though not the metropolis it may have been at the turn of the 20th century, the Sophiasburgh Recreation Committee is breathing new life into their sleepy township with a variety of family friendly events, such as was found at the Demorestville Town Hall last Saturday.

The committee hosted a Family Friendly Christmas from 1-4 p.m. All ages were invited to partake in games, free food, a meat raffle, and live music from Aaron Nash. Over 100 people, the approximate population of Demorestville itself, came to enjoy the festivities.

For those feeling especially lucky, there was also an all ages meat shoot taking place outside the hall, wherein attendees tried to hit a frozen turkey using a hockey stick and a tennis ball. The winners were those who either hit the turkey or got their ball as close as possible to the bird.

Peggy Rainville of the SRC notes that events have been amping up in the northern part of the County for about the past five years, with celebrations such as Winterfest, Halloween celebrations, fishing derbies, Easter egg hunts, and Maple Pub Night etc.

“This event is really just to celebrate the community and Christmas,” noted SRC Member Alex Currie, adding, “just to get everyone together and do something community wise-almost more the way it used to be done-everybody can just get together and enjoy food.”

This no frills approach to celebrating could be found throughout the town hall, with children laughing and adults chatting over food and drink.

“Things are happening again,” mused Currie, adding he has heard praise for the increase in events from a number of long-time Sophiasburgh residents.

The importance of sharing food was evident, with eight hams and turkeys being generously given away during the meat shoot, along with $100 gift certificates to local businesses such as Giant Tiger, Sobeys and The County Farm Centre.

“We’re trying to keep it (the giveaways) as Canadian and local as possible, with the idea being that people can buy either food or gifts for the holidays,” stated Currie.

In yet another effort to keep the wolves at bay, Raising a Village was also present selling raffle tickets, three for $5, with all proceeds going to that charity.

Raising a Village is a non-profit dedicated to providing families with items needed for children aged 0-16 years.