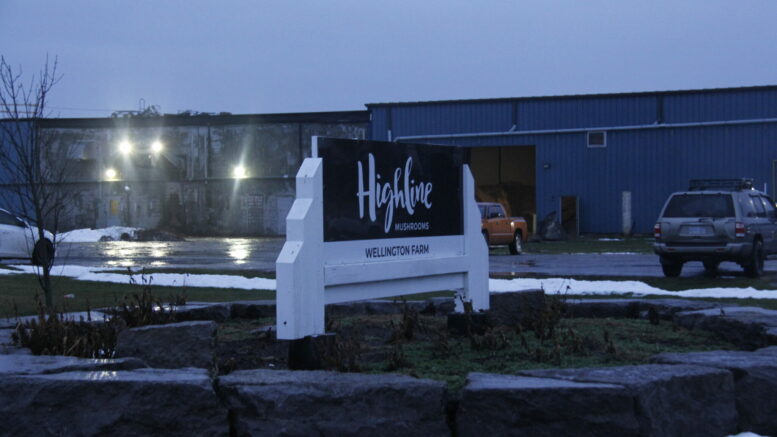 Highline Produce Limited, a business that grows and sells mushrooms and has a production facility at 339 Conley Road just outside of Wellington, entered a guilty plea before Justice Ernie Parsons Friday.

According to a Ministry of Labour news release issued late Monday afternoon, on Sept. 20, 2018, a worker suffered critical injuries after being caught and dragged into a conveyor.

The worker was working as part of the clean-up crew in the mushroom-growing facility’s spawn area and was washing down the concrete ramp to the spawn area’s overhead door The worker was called over to work on cleaning up the compost which had been knocked off the green feed hopper onto the concrete pad below.

The green feed conveyor is located outside the spawn area buildings  and the equipment feeds the green compost up into the spawn area for production. It is an angled conveyor and hopper, which consists of chain-driven cross bars and a fixed flat pan conveyor. The bars move up the flat pan, dragging material to the top.

The worker began to assist the lead hand by cleaning the compost from under and around the conveyor which was stationary at the time. While this work was being performed, the lead hand went to the control panel, removed the lock and started the conveyor, which began to move.

As a result of being caught and dragged, the worker suffered multiple critical injuries.

The court also imposed a 25-per-cent victim fine surcharge as required by the Provincial Offences Act. The surcharge is credited to a special provincial government fund to assist victims of crime.