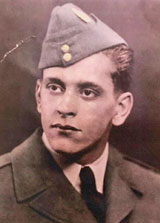 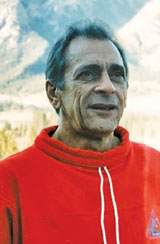 Wesley John Hanna passed away peacefully on Sunday, December 15, 2019 at the age of 85. Wes was born on December 19, 1933 at Mount Dennis, in the York district of Toronto. He is predeceased by his parents, Vera and Walter Hanna, and his 15-year old son Walter John Hanna on September 1, 1974.  He leaves his daughter Catherine HannaSeed, her husband Jack and family Michael and Nadine Seed and great grandsons Erick and Parker – all of Edmonton, Alberta. Wes spent 17 years in the RCAF and was deeply involved in the Avro Canada CF-105 Arrow project. This aircraft was the crown jewel in Canadian aviation history. After retirement he owned a real estate company in the town of Picton. Last year, Wes moved to Providence Care, Kingston where he was cared for with dignity and respect. Our family is grateful for all of the support provided and the professionalism of the caring staff. Our thanks also to Heart to Heart Senior Services Inc. for the kindhearted companionship and for making life more comfortable for him. His life was filled with many joys – all types of boating, house-building, and collecting items both large and small, including antique tractors. His favorite place was the barn where he kept all of his ‘toys’. In accordance with his wishes cremation has taken place and no service will be held. Wes wanted to spend eternity at the treasured barn and his ashes will be spread on the lands surrounding this much-loved home. For those who would like to celebrate Wesley Hanna’s life, a memorial donation directly to the Alzheimer Society of Hastings-Prince Edward, c/o 470 Dundas Street East, Unit 63, Belleville, Ontario. K8N 1G1, 1-800-361-8036, (alzheimer.ca) would be appreciated. Cremation arrangements entrusted to Steele Funeral Home, Moira Street Chapel, Belleville (613-968-2273),www.steelefuneralhome.ca