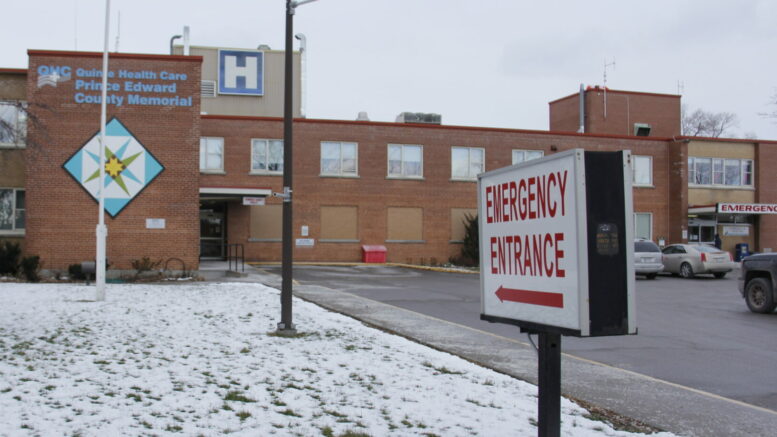 The update states Quinte Health Care (QHC) and its project partners are looking forward to moving ahead on the next stage of planning, right now the process is still in between Stage 2 and 3 of a 5 stage capital planning process, which requires Government approval to construct.

Once QHC receives the green light from the Ministry of Health, Stage 3 for PECMH, which is expected to take nine months to complete, will commence.

Bay of Quinte MPPTodd Smith noted the project was recently featured in Infrastructure Ontario’s Fall 2019 P3 Market Update, and says the government recognizes the importance of the redevelopment of PECMH on the existing site in Picton.

“The proposed facility would meet current and future volumes, enabling the hospital to address infrastructure deficiencies, issues related to infection prevention and control, and patient privacy,” explained Smith. “The Ministry of Health continues to have ingoing discussions with QHC regarding the project and has recently reached a high-level agreement on the scope, based on QHC’s Stage 2 functional program submissions earlier this year. The Ministry is in the review process to move the project to the next stage.” 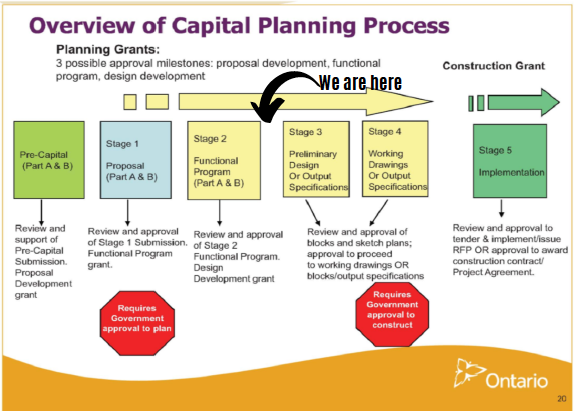 The Ontario provincial government pays the initial estimated $80 million for the new PECMH, which is about 90 per cent of the construction costs.

The update indicates the PECMH Foundation are beyond humbled by the support received to date and wanted to take a look ahead and imagine a new PECMH in early 2025, as based on current projected timelines.

With state-of-the-art design and infrastructure, the new hospital will offer the same services as today but with an improved setting including a state-of-the-art emergency department that will be equipped with the latest medical technology and staffed with skilled and dedicated health care professionals, better able to diagnose, stabilize and treat incoming patients.

Inside its walls will be a suite of clinics to provide, among other medical services, endoscopy and dialysis treatment to patients from across our region. It will have 18 inpatient rooms which will be larger and be equipped with its own washroom, including a shower in each room.

For more information on the campaign or to donate please visit pecmhf.ca/new-hospital-campaign