A total of five people including a child under the age of two were rushed from the scene of a motor vehicle collision on County Rd. 1 near where it intersects with Loyalist Parkway in Hillier Ward Friday night.

After an unknown number of persons were extracted from their vehicles,  a handful of people were  transported to hospital with varying injuries, including one who was transported by ambulance to Kingston.

One child under the age of two was transported to a hospital in Toronto for treatment.

The injuries sustained were believed to be non-life-threatening.

Police say alcohol is not considered a factor in the crash and the investigation is ongoing. 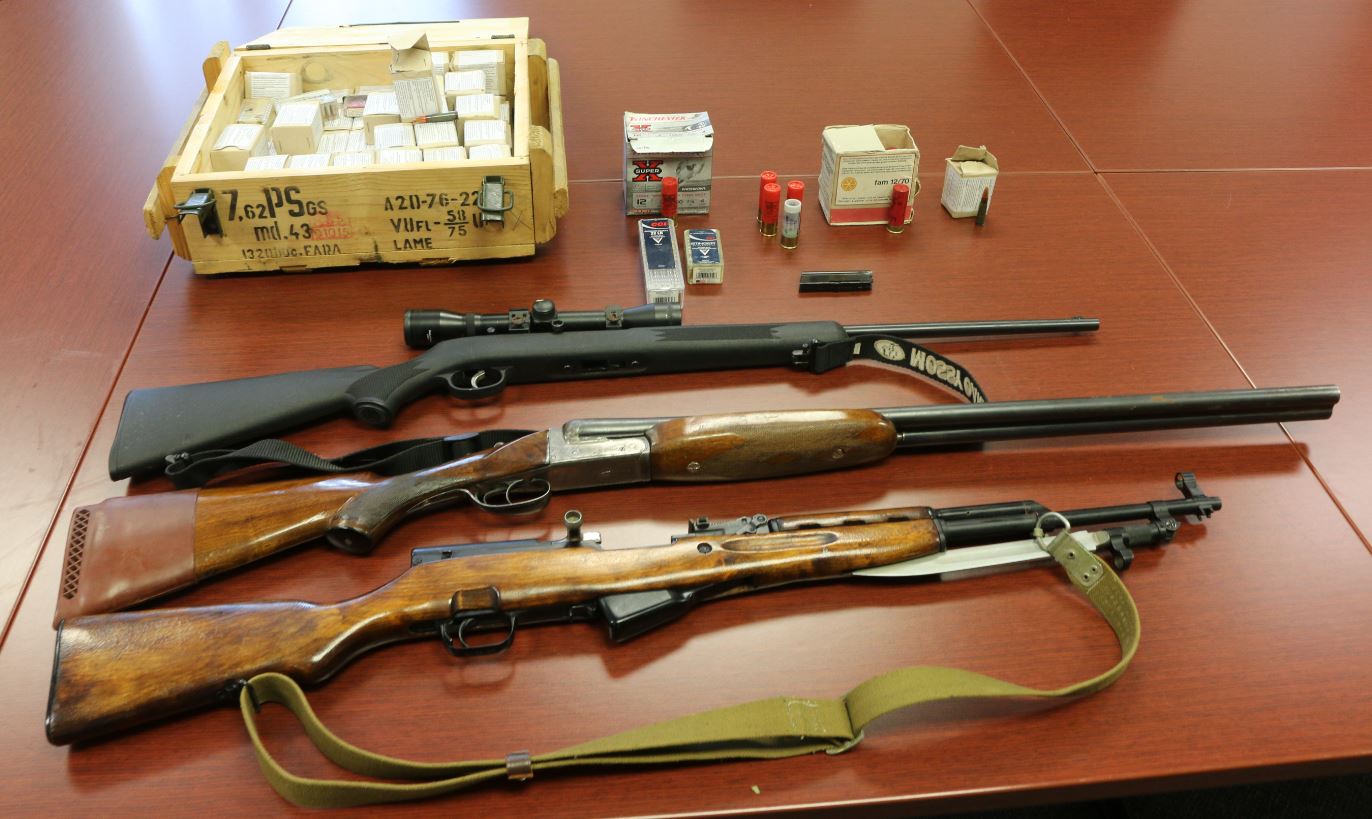 Weaponry and ammunition seized during a search in Athol on Thursday. (Prince Edward OPP photo)

The roadway was closed for a period of time.

In other police reports, a Prince Edward County man has a February court date after rifles, a shot gun and assorted ammunition were found at an Athol Ward residence during a search Thursday.

The accused was released and is to appear in the Ontario Court of Justice in Picton on February 26, 2020.

Anyone with information that can assist Prince Edward County OPP with this investigation, call 1-888-310-1122. Should you wish to remain anonymous, call Crime Stoppers at 1-800-222-8477 (TIPS) or submit a secure web tip at www.crimestoppersquinte.ca where you may be eligible to receive a cash reward of up to $2,000.