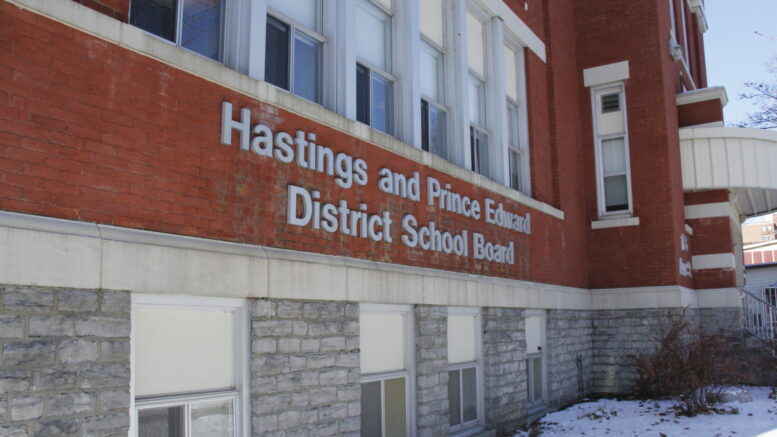 A one-day, full withdrawal of services is scheduled yet again for Ontario Secondary School Teachers’ Federation (OSSTF) members in Hastings and Prince Edward District School Board (HPEDSB) on Tue., Jan. 21, a day prior to semester one examinations.

This one-day strike action will not affect elementary students from grades JK-8, regardless of where they go to school.

While the education of Ontario school children hangs in the balance, the volume of the acrimony between the Ministry of Education and teacher unions seems to be cranked to an all time high.

“It is clear to OSSTF members that, for this Premier and this Minister of Education, questions about student learning and the quality of education are not even on the radar,” said Harvey Bischof, President of the OSSTF. “If the government wants to prove us wrong about that, they will abandon their destructive agenda, return to the table, and work with us to reach a deal that is good for the province’s students.”

As said on the OSSTF website, a limited withdrawal of services, which began Nov. 26, 2019, will continue province-wide and will be augmented by additional sanctions beginning Mon., Jan. 20.

The additional sanctions are as follows,

Bischof announced the walkout on Jan. 21 will be the last full withdrawal of services by OSSTF members until after the secondary school exam period.

“Throughout this dispute we have made every effort to ensure that our job actions create minimal disruption for students,” said Bischof. “With that objective in mind, OSSTF members will not engage in any work disruptions through the crucial exam period.”

if the government agrees to return to, and maintain, the class size ratios and staffing levels that were in place during the 2018–2019 school year.

“If the Minister of Education is truly focused, as he incessantly claims, on keeping kids in class, then he will accept our offer and come back to the bargaining table to negotiate in good faith,” said Bischof. “But the evidence is mounting that this government’s priorities have nothing to do with the well-being of students. The Doug Ford secret plan for e-learning implementation, which came to light this week, reveals a government whose obsessions are exclusively fiscal.”

The HPEDSB is joining with the following school boards as part of the one day, pre-exam labour action:

Meanwhile, the Elementary Teachers Federation of Ontario Sam Hammond said there would be an announcement by the union about what would happen after the first strike as talks with his group and the Ministry languished.

“I’m not prepared, quite frankly, at this point to say what will happen after that,” Hammond told reporters earlier this week.

ETFO said a potential strike of elementary educators could go ahead unless government representatives “get serious” about reaching a deal by Friday.

Shortly after strike notice was given by ETFO, the Ministry of Education announced the province would be offering up to $60 a day per child, to parents whose children would be affected by the closures.

The details of the compensation are as follows:

Minister of Education Stephen Lecce told reporters Wednesday morning the offer of compensation was an effort by the province to be “proactive.”

“It is our hope that it will provide some relief to families,” Lecce said. “We’ve made significant moves to date … The ball is in the union’s court and it remains on their side. They’ve made no change at all.”

The cost of this program works out to $48 million a day if all Ontario teachers’ unions walked out at once, Lecce said. According to the ministry, the amount paid in teacher salaries across the province works out to about $60 million a day.

The Tory government has said changes to how education is rolled out to students are necessary to tackle a  $7.4-billion deficit.

“I think further escalations by teachers’ unions are adversely affecting students in this province,” Lecce said. “I would urge the unions to cease from escalations.”

For up-to-date information on the status of classes and labour negotiations, please visit  www.hpedsb.on.ca/2019/labour-updates/