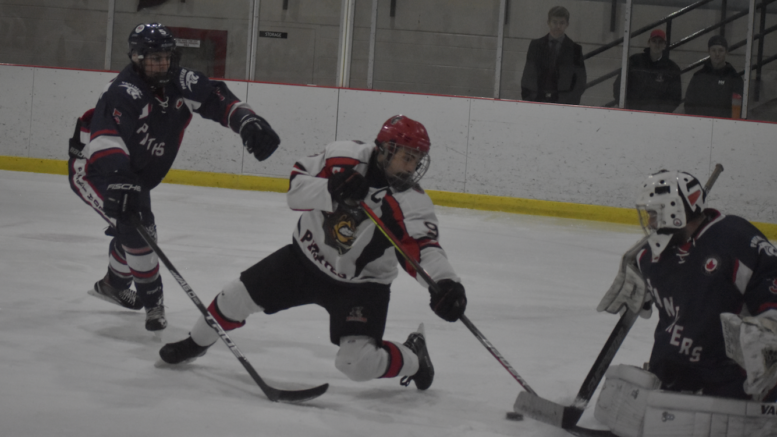 The Picton Pirates gained a valuable two points this weekend in their race to the Provincial Junior Hockey League’s finish line of the 2019-20 regular season but they might be wondering if they didn’t leave a point or two on the table.

The locals played comeback and eventually downed the visiting Port Hope Panthers in overtime on Thursday night to salvage a contest where they led 3-1 in the first period but surrendered the lead in the second frame.

But on Sunday in ‘Gateway to the Thousand Islands’, the Bucs gave up a goal with less than five minutes left that broke a 3-3 deadlock and gave the host Gananoque Islanders a much-needed result.

With the weekend split, Picton moved their record to 19-14-2, good enough for 40 points and a one point edge on fourth place Gananoque.

On Sunday, Picton would gain its second straight multi-goal lead in conesecutive games only to watch the opposition come back and tie the contest.

Landon McLellan would stake the visitors to a 1-0 lead late in the first thanks to former Isle Dawson Lindsay and Cooper Rogers with just 1:25 left in the frame.

Early in the second, Picton would double the margin thanks to Consecon native Nick Kirby-Palliser’s sixth of the season.

But the Isles came roaring back in a hurry.

Just 58 seconds after the Picton tally, Nick Maillet solved Picton starter Kyle Renaud to carve the Pirates lead in half at 2-1.

Ross Campbell’s unassisted marker at 3:57 of the second got the hosts back to square at 2-2.

In the third, former Picton captain Devin Morrison came back to hurt his old club with a power play goal at 8:50 to push Gananoque ahead for the first time in the four point contest.

But the player Morrison was dealt for in September would have a positive impact for Picton as Khaden Henry notched his 30th of the campaign with under 10 minutes to play.

But Gananoque, pushing to make room between themselves and fifth place Port Hope, were desperate for a clean, non-three point win and it was Will Verboon beating Renaud at 15:48 of the third to lift the Isles to a 4-3 decision.

Picton wound up in one of those three point games on Thursday night but, considering the alternative, there was hardly anyone complaining over the result.

As mentioned, Picton would establish a two goal lead with Will Harrison beating Panther starter Curtis Laviolette just 4:05 into the first.

Just under four minutes later, Henry would convert a Nick Kyte feed to make it a 2-0 spread in favour of the hosts.

But former Cobourg Cougar George Miranda would respond for for the Panthers at 11:21 to make it 2-1. 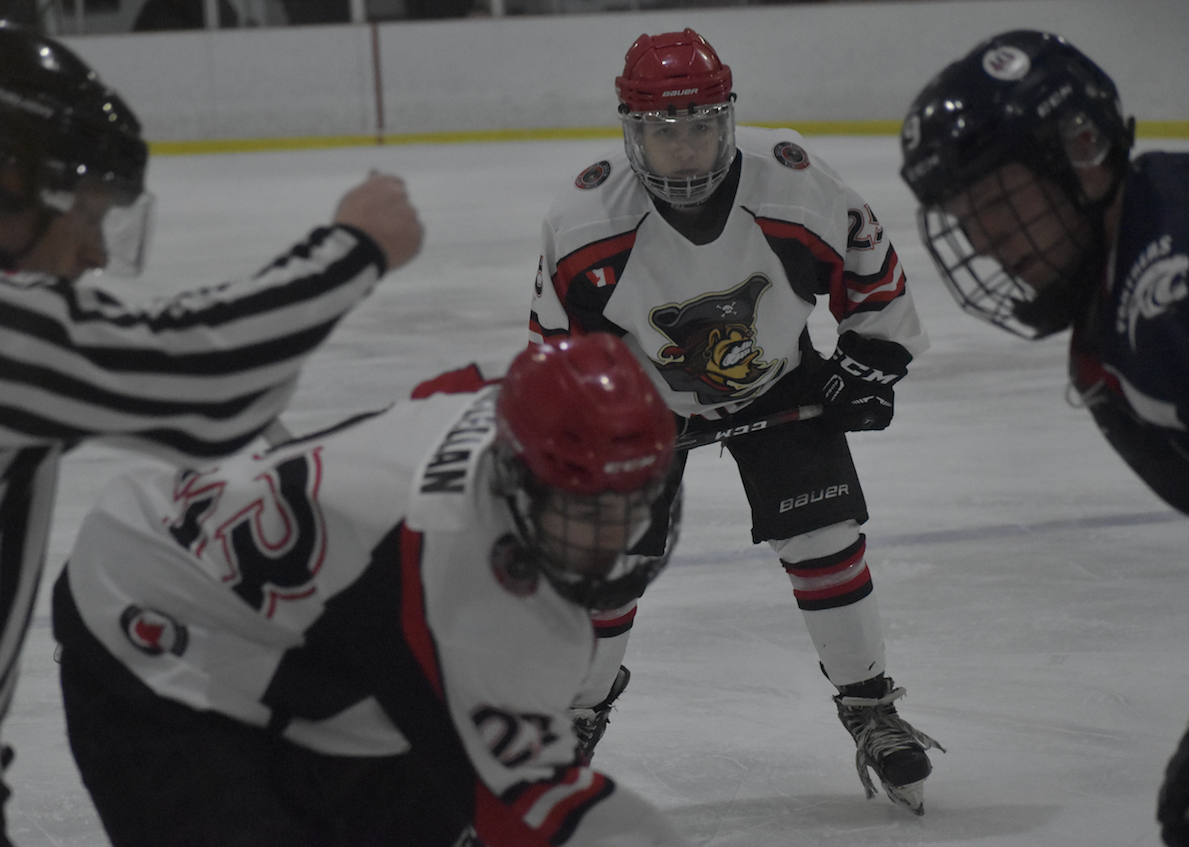 The goals started coming quick and the Pirates had a great push back shift as Henry would light the lamp thanks to help from Lindsay just 20 seconds after the Miranda goal.

But the Pirates couldn’t escape the frame without incurring more damage as Brady Darrach would blast his first of two goals past Picton starter Eric Tessier at 15:06 of the opening stanza to make it 3-2 after one.

In the second, the Panthers would get out shot by the hard charging Pirates by a 16-7 margin but it was Port Hope tying the contest and then taking the lead.

Later in the period after Picton had found iron twice behind Laviolette, Darrach’s high zone tip would skip past Tessier and Pirates coach Ty Green lifted his starting netminder for Renaud.

Picton took its time to get going in the third and the Panthers would have put the game away if not for some clutch stops by Renaud.

Finally, with time running down, Harrison knifed a loose puck past the Port Hope goalie with 2:37 left in the contest to tie it at 4-4.

In the three-on-three overtime, a series of odd man rushes led to a Port Hope volley being shot wide of the Picton net.

McLellan raced to the loose biscuit at the Port Hope blue line and swooped in on Laviolette, faking forehand and tucking a backhander into the Panther net with 40 seconds left in the extra session.

Picton’s home contest against Clarington was postponed on Saturday due to poor travelling conditions.

Picton hosts Amherstview on Thursday then travels to Port Hope for a Saturday night game.

On Sunday, Picton pays a return visit to Amherstview.

The make up game Clarington will be played Jan. 28 in Picton. Puck Drop for all Picton home games is 7:30 p.m.