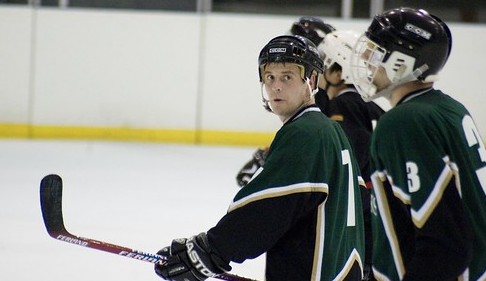 The late Matt Stever took his hockey gear to Taiwan where he led a recreational hockey club and built friendships with expats and local residents. A website to help promote the Matt Stever Memorial Fund was launched this week. (Submitted Photo)

It seems unfathomable that 12 years have passed since a young, promising Prince Edward County man was critically injured in Taiwan and united an entire community.

A dozen years ago yesterday, Matt Stever, a person whose spark of life could ignite the darkest of nights, was involved in a serious and ultimately fatal scooter accident while living abroad in Taiwan where he was employed as a teacher.

Much like the former Picton Pirate had done here in his home community as a young adult, Stever was able build bridges, foster friendships and leave a legacy of peace and understanding while teaching english to folks looking to better their skills for work in the global economy.

When news broke that Stever had suffered catastrophic injuries and was clinging to life support in a Taiwanese hospital, this community rallied and raised funds for a potential mercy flight to Canada as well as support Matt’s parents Mary and Roger as Mary flew to bed at Matt’s bedside. Scores of caring businesses, service clubs and individuals stepped up and gave what they could in an incredible outpouring of emotion that reflected both the collective care this community has for one of its own and the character of the young man in peril.

“Roger and Mary felt that, based on their experiences, they wanted to set up a fund which would allow other families who might go through this wrenching experience to have the benefit of the support that they were offered,” said family friend Rob Garden. Correspondingly, with the leftover funds and with funds subsequently raised by the community, they have established the Matt Stever Fund in the memory of their son which the Rotary Club of Picton is honoured to administer on their behalf.

After his death, the Matt Stever Fund was created by the Stevers to assist families in Prince Edward County who suffer hardship due to family crisis specifically, but not limited to, hardship caused by the severe illness, accident or death of a child.

“When our Matt was critically injured, our family was tremendously blessed by the outpouring of love and support from our community.  In turn, we hope that families in our community who are burdened by injury or sickness of a child can also be assisted by the Rotary Club of Picton Matt Stever Fund,” said the Stever family.

Over the past 12 years, the Matt Stever Fund has helped numerous Prince Edward County families ease the financial burden during difficult times and, this week, Roger and Mary are launching a new website, www.mattstever.com, in honour of their late son and memorial fund that bears his name.

This new website will allow families to easily apply for funds to offset things like accommodation and travel expenses when a loved one is receiving treatment in a far off location.

As well, the website allows for online donations for those wishing to honour Matt’s memory and help County families who might befall such a burden.

“In the most difficult time of our lives, the Matt Stever Fund helped alleviate some of the emotional and financial stress we faced when taking Eric to chemotherapy in Kingston,” said Jill and David Akey “We will be forever grateful for their kindness and generosity.”