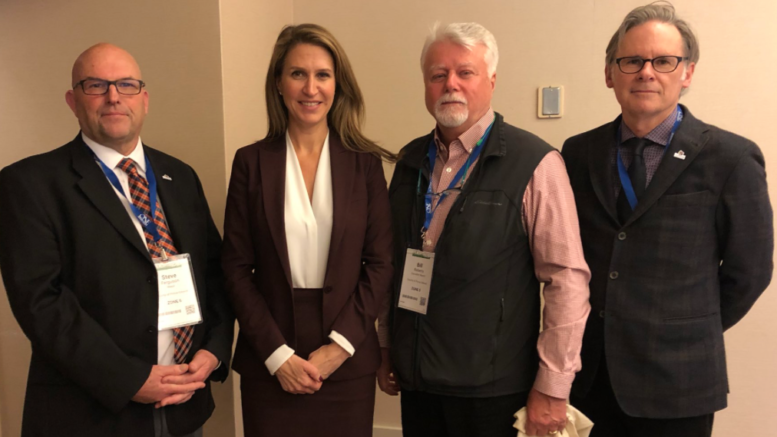 The goal of the conference, as always, was to revitalize discussion about how Ontario municipalities can respond to emerging challenges and opportunities. Approximately 1,200 municipal officials and critical thinkers participated.

Among topics of local concern brought to the table were issues around flooding, infrastructure and affordable housing.

Among others, local officials spoke with the Minister of Municipal Affairs and Housing, Steve Clark, with regards to mitigating damages to small business owner due to what has now become seasonal flooding.

“The County requested that the minister modify the eligibility for the Disaster Recovery Assistance for Ontarians (DRAO) program so small, owner-operated businesses impacted by flooding in the County can receive financial assistance and prevent small business closures,” noted Mark Kerr, Communications and Media Coordinator for the County.

In a recent statement from the County, Minister Clark is described as being interested in exploring whether the DRAO Program does enough for small businesses. The minister reportedly recognized the unique challenges faced by Prince Edward County small business owners in the face of flooding, particularly some agricultural operations that are spread out along the shoreline.

Mayor Steve Ferguson hoped to draw attention to the perhaps less publicized concerns of small-business owners who have suffered deleterious effects from flooding.

“The reason we wanted to bring this to the attention of the minister is we have a campground and tourism operations located on the lakeshore whose operations and revenue have been severely impacted by rising lake levels,” commented Ferguson. 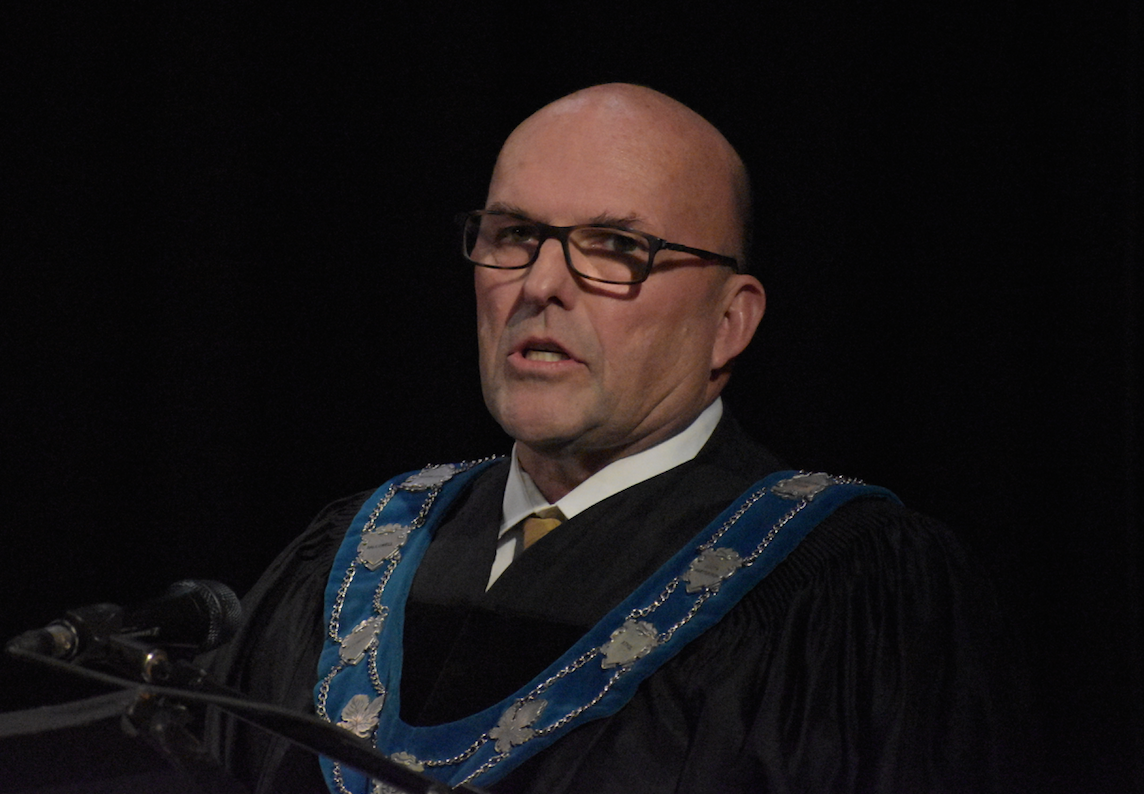 Ferguson went on to cite several businesses, such as The Picton Harbour Inn and County Shores, who have suffered from rising lake levels. Ferguson also noted that although tourism businesses have suffered incredible losses, the agricultural sector has also suffered as land has made way for water.

“I thought it was important to bring to the minister’s attention that it’s not just residential owners who are suffering. We’ve got business owners whose revenue is affected. As a result, businesses are suffering,” stated Ferguson, “I wanted to make sure the ministry knew this is not just houses we’re talking about, this is people who are, by the nature of their business, contributing significantly to the economy. As far as tourism, they’re housing people visiting the community, getting engaged in the community, buying stuff etc. I think Minister Clark got it and was appreciative of the topic being brought forward.”

With the regards to infrastructure, delegates from the County met with Transportation Minister Caroline Mulroney. They discussed the need for improved traffic flow and better pedestrian safety at the town hill in Picton.

Mulroney committed to sending ministry technical staff to the county in the next couple of weeks to begin discussions with municipal staff as to how to improve that particular intersection.

“I think everyone understands the problem, with that (town hill) intersection getting busier as the county gets more popular. The threat to public safety is very much a concern,” iterated Ferguson, who further reports that he stressed to Minister Mulroney the matter of the town hill should be dealt with “sooner rather than later”.

Not to forget the contentious state of Highway 49, the County reports Minister Mulroney was open to discussions in the future around ways to improve that roadway.

As Mayor Ferguson pointed out, the delegations were only 15 minutes long, so they chose to pursue an infrastructure project that could be conveyed succinctly and efficiently.

“With regards to County Road 49, a project of that magnitude is not something that will be covered in 15 minutes, so we took a different approach,” said Ferguson.

In their final delegation, County Officials also spoke with the Minister of Education, Stephen Lecce expressing their hope to acquire the former Queen Elizabeth Public School (QEPS) to be used as affordable housing.

As Mayor Ferguson explained, this is an issue that pertains to several ministries, rendering the parties involved in somewhat of a stalemate.

“What we need Minister Lecce to do is get the ball moving forward to come up with some kind of solution. I tried to impress upon him that community needs need to be considered before other things,” said Ferguson.

After their delegation with the Minister of Education, Mayor Ferguson asserts that minister understands the community’s plight with regards to affordable housing and the strategic location of QEPS to provide such a resource.

“Lecce committed to getting involved and trying to seek a resolution for all the parties, which is HPEDSB, the Catholic School Board and the municipality,” noted Ferguson. “The illustration of a map I gave him that identified where the school is made it quite clear it is of strategic importance for affordable, attainable housing for families and young people that may become part of the workforce in the county.”

Apart from the Minister of Education, Steven Clark, the Minister of Municipal Affairs and Housing has asserted attainable, affordable housing is a priority of that ministry.

“The odd thing about the school project is that its the priority of one ministry and moving forward with that priority is being hampered by legislation in another ministry,” explained Ferguson. “He (Clark) gets our desire and understands why it’s important. It’s this weird situation where two ministries have interests in what this property may be and they’re somewhat opposed in the ways in which this decision can be arrived at.”

As part of the County delegation to attend the conference, new CAO Marcia Wallace was helpful in their talks around affordable housing, as she previously held a position within the Ministry of Municipal Affairs and Housing.

“Her experience and guidance made for an effective delegation which was helpful because she had always been on the other side of the table, so she knew which delegations worked and which didn’t,” expressed Ferguson.

Apart from being a productive conference, with some plans of action made, Mayor Ferguson pointed to some other notes of encouragement.

“I met with Lieutenant Governor Elizabeth Dowdeswell who is familiar with the county and ‘loves it’. She spoke about environmental concerns, which of course, we’ve aligned with through our Environmental Advisory Committee,” enthused Ferguson. “Another interesting thing was I spoke with Health Minister Christine Elliott who is cognizant of where the hospital funding for redevelopment is and I was very heartened to hear her mention Prince Edward County Memorial Hospital by name in a speech to approximately 1,000 people. She specifically mentioned PECMH as one of five hospitals in the province targeted for redevelopment.”

Despite its rising popularity and noteworthy media attention, the county also has a handful of contentious issues which at least, it would seem, are now being brought to the table for provincial consideration.

“In a lot of ways, we punch above our weight. We’ve got lots more work to do and our partnership with the province is very important, so that we can work together to solve many of our problems,” said Ferguson. “I was very gratified with the reception and some commitments to action from the various ministries we worked with.”

Ferguson and the County delegation had hoped to have a session with John Yakabuski, Minister of Natural Resources and Forestry however a scheduling conflict kept the two parties apart.