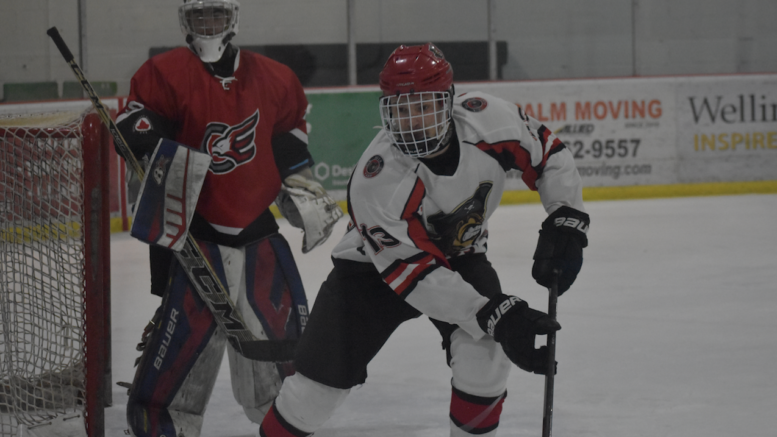 From eight points out of a playoff position to a potential second place finish in the Provincial Junior Hockey League’s Tod Division, one would allow the Picton Pirates a momentary lapse of celebration as the club discovered Saturday night it had qualified for the 2020 Schmalz Cup playoffs.

Going on a 17-2–0 run over the span of two months will obviously brighten any team’s fortunes but the locals had to be happy with the news emanating out of Port Hope on Saturday evening as the visiting Napanee Raiders bested the host Port Hope Panthers 5-2.

With that loss, there is too much ground between the fifth-place Cats and the Pirates to make up, meaning Picton is assured of going on to the post-season for a fourth straight year.

Since that time, Picton has  lost exactly two games and taken 34 of a possible 38 points.

Coach Ty Green said the club was happy to be heading back to the playoffs especially in light of the early struggles but in the same breath assured this corner the team wasn’t about to coast into the next challenge.

“The players on this team are really excited with the accomplishment of getting to the playoffs as are coaching staff,” Green told the Gazette.  “Just to see the turn around from beginning of season and all the hard work from the players paying off is a really nice feeling. These guys never say quit and there’s a special feeling in that dressing room.”

The Pirates latest and only triumph this week came Friday night in Campbellford as Picton whitewashed the moribund Rebels 7-0.

The locals chose not to dress defenceman Nick Kyte and forward Brian Bygrave to give both those players an extra dose of rest prior to resuming activities Thursday against the Amherstview Jets but it didn’t matter much.

Picton bagged a couple of power play goals and out shot the Rebels by over a 2-to-1 margin, sending 51 volleys towards Campbellford starter Michael Brassor.

Eric Tessier stopped all 25 Rebels shots for his second shutout and 13th win of the season.

Forward Tristan Cowan would find the range at 3:56 of the first to give Picton a lead they wouldn’t relinquish.

In the second, the Pirates counted four times as Nick Kirby-Palliser, Nate Brant, Will Harrison and Landon McLellan would all light the lamp behind Brassor to make it 5-0 in favour of Picton.

In the third, Brayden Adams got in on the scoring parade with a power play marker at 46 seconds.

Finally, it was Khaden Henry with his 34th of the season at the 4:02 mark to make it Picton by a converted touchdown.

Griffen Conger had a big game for Picton, setting up four goals while Harrison had a couple of helpers.

With the win and an Amherstview loss to Gananoque on Saturday night, the Pirates are four points clear of the Jets although the latter have three games in hand on Picton.

The Jets host the North Kawartha Knights at the Invista Centre on Tuesday night in a make up game from earlier in the season.

Picton will host Amherstview on Thursday night in a four point contest that will like go to serve which of the two teams wind up in second place when the dust settles on the 2019-20 PJHL regular season.