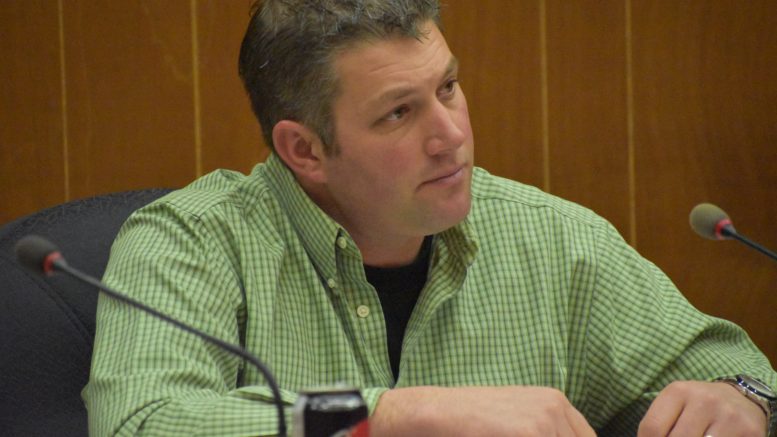 A resolution put forth by Councillor Phil Prinzen during the February 4th Regular Council Meeting sought support from council for Bill 156, Security from Trespass and Protecting Food Safety Act. This bill was introduced by the provincial government last December.

The proposed legislation has received support from other municipalities, such as the Township of Warwick, and most recently, council passed a motion to accept Prinzen’s resolution and support the bill.

Despite council’s acceptance of this resolution and show of support for Bill 156, it is a controversial piece of legislation both provincially and locally.

Much of the controversy surrounding this bill revolves around the need for transparency, especially where industrial agricultural operations are concerned. Speaking to this were several members of the public.

Among those who spoke to council against supporting this legislation was Annette McIntosh who recounted a 2014 whistleblower video that exposed rampant abuse at a British Columbia dairy farm. In this video, as McIntosh recounts, workers at the farm reportedly used rakes, pipes, chains, work boots and fists to pummel the creatures in question. Many of the cows were also shown with visible wounds and sores.

“It (Bill 156) would criminalize the practice of entering farms and slaughterhouses under false pretences,” said McIntosh. “This would prevent whistleblowers and journalists from taking jobs at processing facilities or factory farms in order to investigate them.”

For McIntosh, and those in opposition to it, the bill is an attempt to silence animal activists with laws that directly target or punish their “attempts to expose cruelty in places like feed lots, slaughterhouses, farms and transportation.”

McIntosh also expressed worry about Section 7 of the proposed legislation, wherein those under threat can use “reasonable force” to deter anyone found on their premises.

“Section 7 empowers the owner or occupier of the farm, animal processing facility or prescribed premises to arrest, without warrant, anyone found on the premises,” said McIntosh. “In doing so, they may use only such force as is necessary and reasonable. What is the definition of reasonable force?’

Prinzen spoke to the need for this resolution based on an increase in harassment experienced by farmers .

“Thankfully in Prince Edward County we haven’t had any issues similar to Western or Eastern Ontario, but Ontario farms have been coming increasingly under threat of unwarranted trespassers and people who are illegally entering the properties, barns, and buildings, seizing private properties and threatening the health and safety of farmers, employees, livestock and crops,” iterated Prinzen.

Councillor Andreas Bolik asserted the biggest change he could see coming from the new legislation is with regards to animal transport.

“I think there was concern with people interacting with animals when they’re being transported. That seems to be the difference from what’s already in the trespass act,” said Bolik.