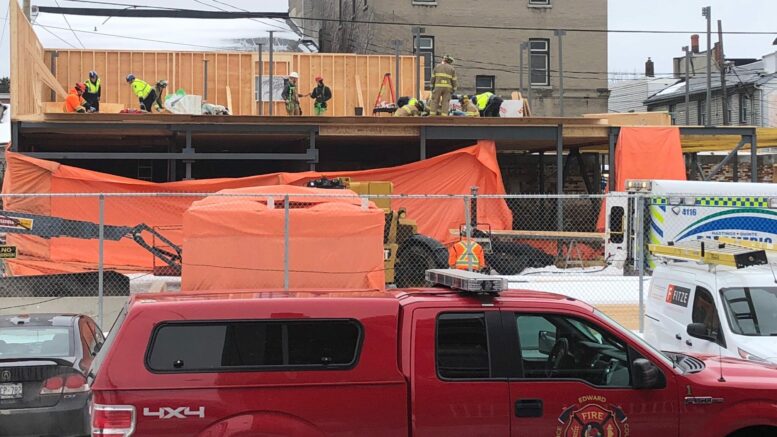 Rescue workers and paramedics attend to two fallen workers on the second level of a building under construction on Ross St. Tuesday morning. (Jason Parks/Gazette Staff)

Two workers were taken to hospital from a construction site on Ross St., just south of the Picton Town Hall after a wall being hoisted atop a two story building collapsed on them. 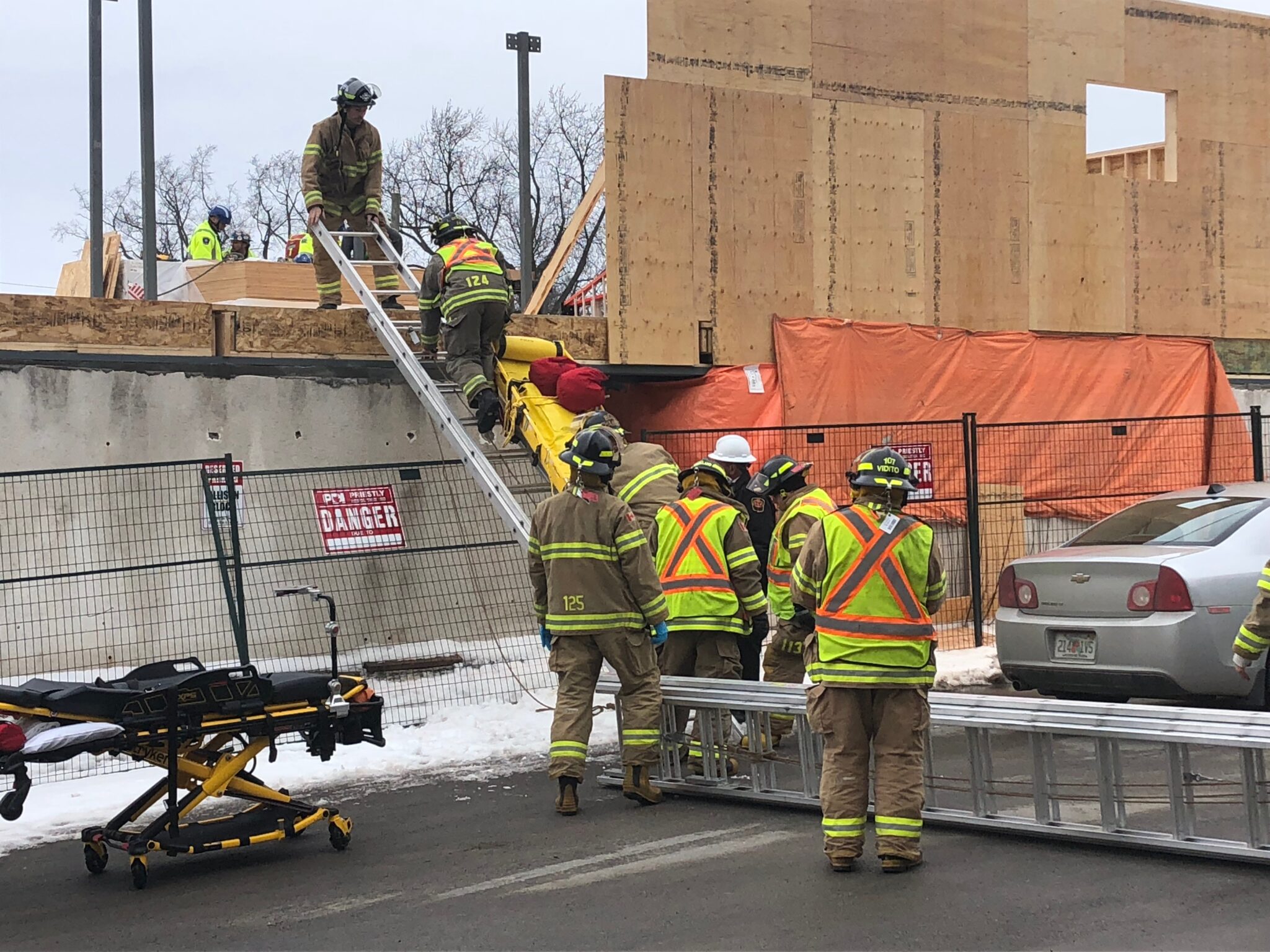 Prince Edward County Fire and Rescue workers were called by HQ Paramedic Service to assist in reaching the second story of the  building that’s currently under construction. Members of the Prince Edward County detachment of the Ontario Provincial Police also attended the scene for traffic control on Ross St.

Rescue crews used ladders to access the top level of a building being erected and provided first aid care to the fallen workers before removing them to awaiting ambulances.

A passer by, Picton resident Angelo Zerna, was walking through nearby Benson Park when he noticed the ongoing work and confirmed a section of wall was being lifted by a skyjack machine.

Zerna stopped to watch the operation and said the wall started to come loose from the chains being used to hoist the section, falling on top of at least two workers.

“The wall just fell down on them,” Zerna said, adding he could hear screams for help shortly afterwards.

This page will be updated as more information becomes available.