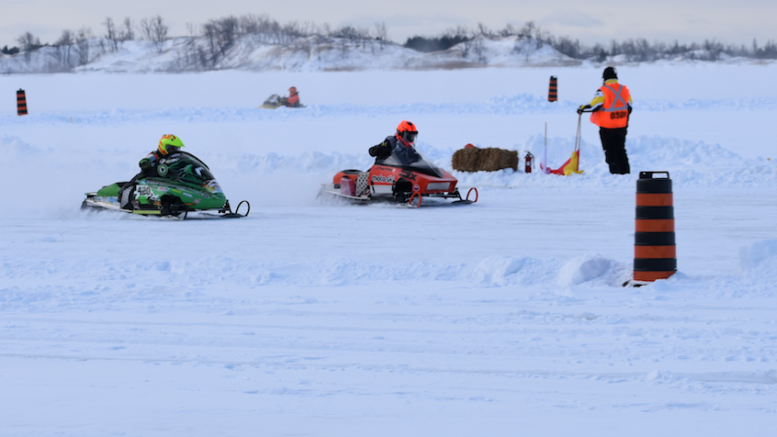 MAKING THE TURN (From left) William Maccormack and Jake Cowden pilot their sleds along West Lake in the Junior Modified division of the 2020 Sand Dunes Cup Saturday. (Sarah Williams/Gazette Staff)

The Ontario Snowmobile Oval Races (OSOR) came to West Lake this past weekend, in a competition known as the Sand Dunes Cup. Despite sub-zero temperatures, the event drew a sizeable crowd who stood bundled and warmed by the adrenaline of the races. Participants at the Sand Dunes Cup ranged in age from 4 to 64.

Having grown each year since the inaugural race four years ago, this race saw close to 50 competitors. Racers came from as far away as New York, Pennsylvania and Quebec. 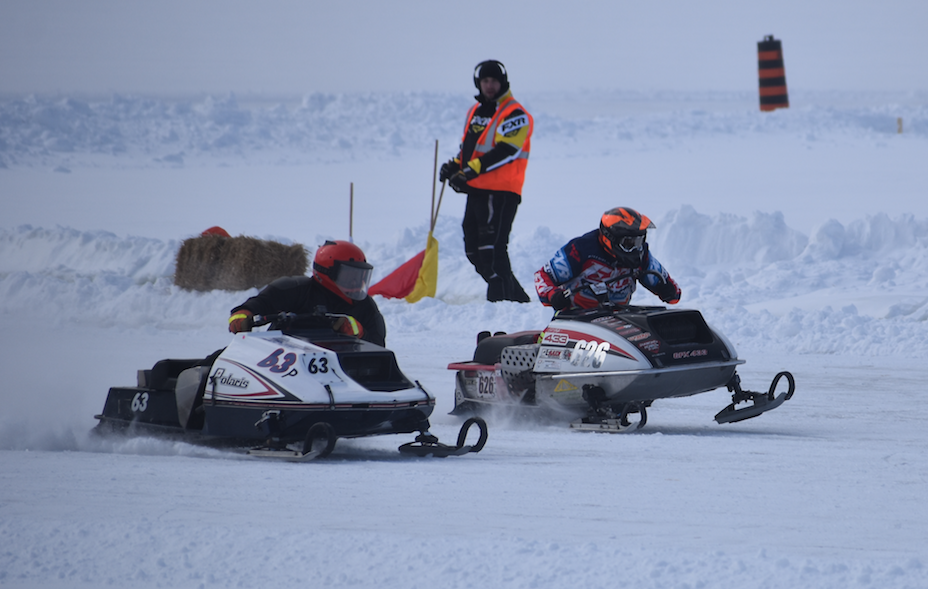 “Each year we get bigger and better,” said organizer Rick Greenfield. “The more people and racers come on board, the more sponsors see what we are doing and partner with us. Also, the venues see the advantage of hundreds of patrons showing up in the dead of winter.”

Prince Edward County is not alone, with OSOR races popping up in places such as Haliburton, Cochrane and Eganville.

“By having these races in various communities throughout Ontario, we are able to transfer ownership of the race to that community,” explained Greenfield. “It becomes their race and members of the community support the event in a number of ways, from sponsorship and promotion to entertainment.”

Locally, the event was held on the stretch of lake that abuts Isaiah Tubbs. Entrance was $10, with a buffet breakfast served Saturday and Sunday, not to mention a Saturday night dinner buffet.

“So far, this year is awesome. We have been able to get three races in and we are off to Eganville this weekend for the Bonnechere Cup, our biggest race of the season,” said Greenfield.

The event was hosted by the OSOR Ontario Junior Championships. This years winners are:

The OSOR is a non-profit group of snowmobile enthusiasts who rely on sponsorship/donations and the dedication of volunteers. Behind each successful race is at least 30 volunteers, not to mention a passion for snowmobiling.