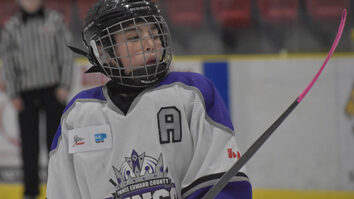 While they might not have been at their best in Games 1 and 2, the Lehigh Cement Bantam ‘B’ Prince Edward County Kings will head to Central Ontario this weekend in fine shape in their Ontario Minor Hockey Association Quarter Finals series against the Elmvale Coyotes.

The Kings remained undefeated in the 2020 OMHA playdowns thanks to a pair of wins against the visiting Coyotes club who hail from the town 20 minutes north of Barrie, ON.

On Saturday, the Kings worked overtime and shaded the visiting squad 2-1 at Lehigh Arena.

On Sunday, the locals saved the drama for another day and were able to skate off with a 3-1 victory. 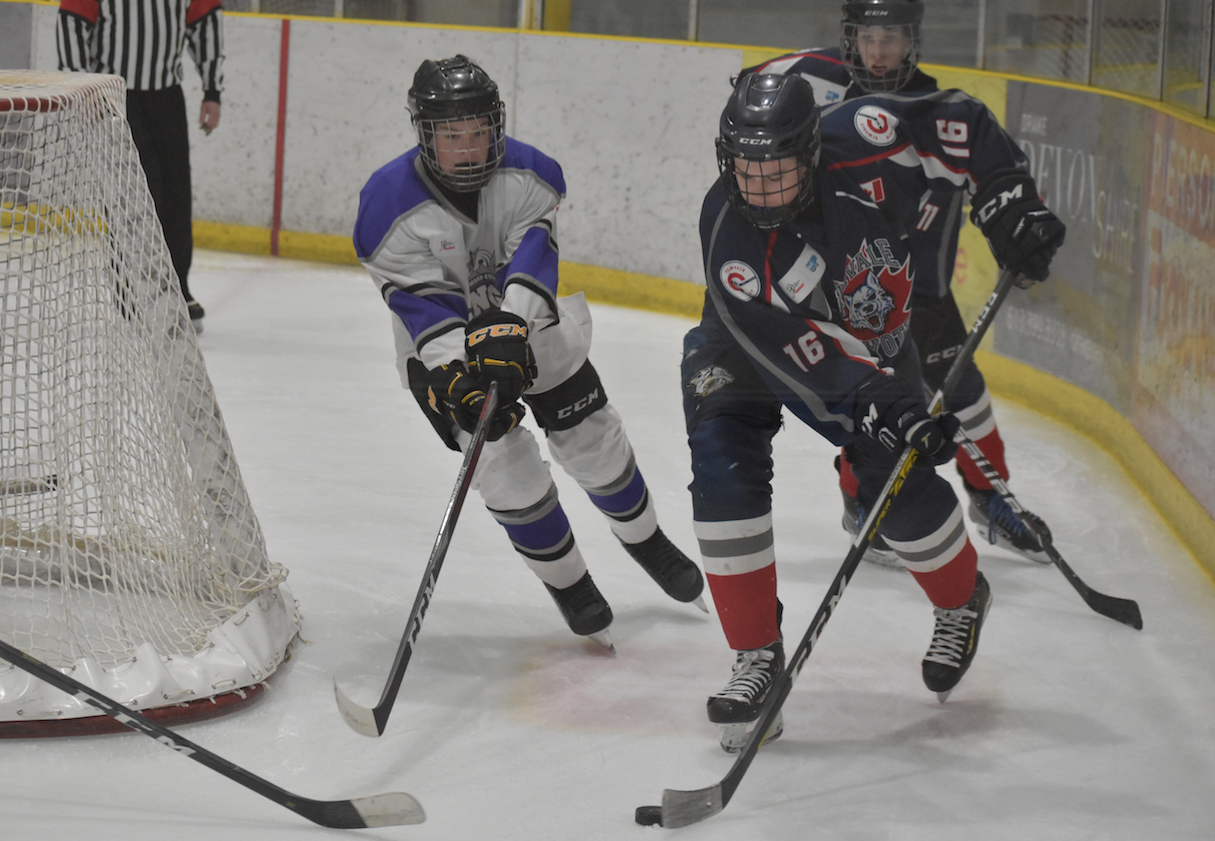 In a six point series, Prince Edward County has secured the first four points and the Kings look to have a successful Coyote hunt Friday night at the Elmvale Community Arena that would vault them into the OMHA semi-finals.

“I thought they were both messy games for us but we managed a way to pull them out,” Kings coach Chris Rice told the Gazette Tuesday. “We felt as a coaching staff we could have shown a bit better and that we have more in the tank.”

In Game 1 on Saturday, the Kings outplayed the Coyotes for much of the early part of them opening period but trailed after the first.

After some sustained pressure, Ben Kelly set up Cameron Robertson with just 14 seconds left for a powerplay goal that put the visitors ahead 1-0.

In the second, the Kings responded as Riley Grimmon’s backhand effort from the slot found a home in the back of the Coyotes cage at the 7:19 mark. Gerrit Kempers picked up an assist on the play.

The teams would remain tied 1-1 through the third, forcing a 10 minute overtime period.

Kings netminder Austin Stock came up with a big save in the extra session and with just over three minutes to play, Grimmon had the magic as his wrap-around attempt iced the hard fought victory for the locals.

“Riley is a play maker with a nose for the net and he can make those types of plays around the goal that can change a game,” Rice said.

On Sunday afternoon in Game 2, the teams were scoreless through the opening period and this time it was the Kings breaking the ice as Liam Philip was set up by Charlie Smith and Kirean Young early in the second. 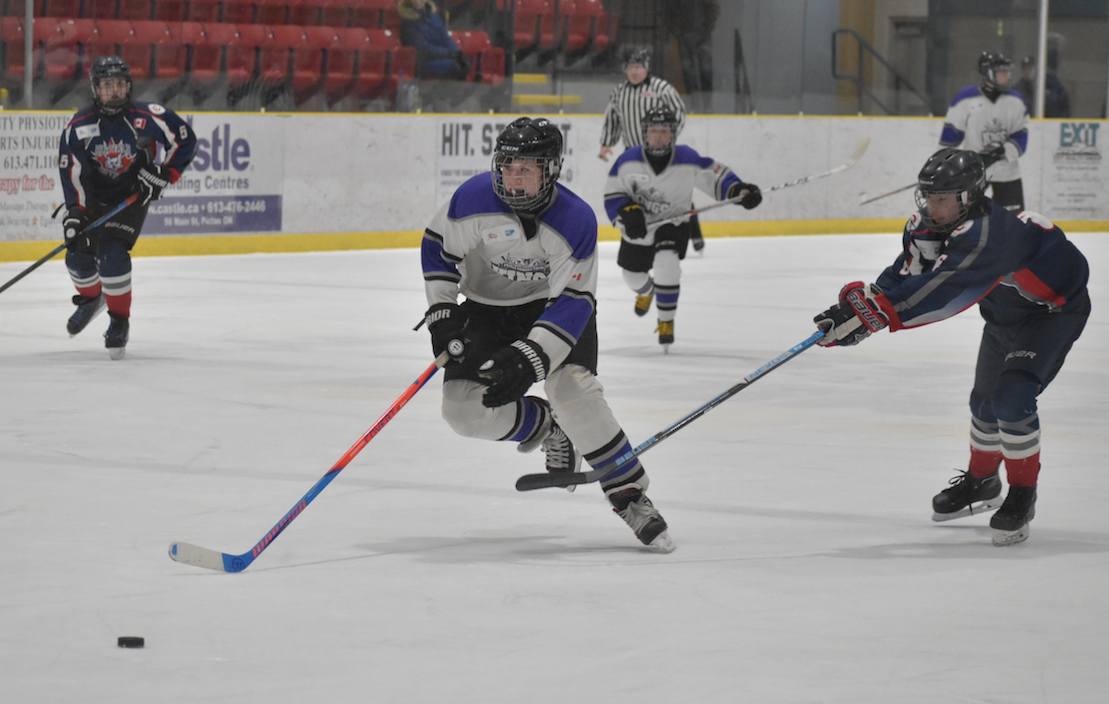 Kelly had a response for the Coyotes at 8:44 but Grimmon would fire home his second game winner at the 5:25 mark. Isaac Krentz and Reese Kleinsteuber added assists on the play.

In the third, the Kings picked up some insurance as Ben Smith tallied his first of the series thanks to Dakin Jones and Keegan Zantingh.

The Kings pushed their way into the Quarter finals thanks to a three game sweep of the Ennismore Eagles while the Coyotes came back on the Penetang Fames after facing the same situation in the OMHA preliminary round as they do when they hit the ice on Friday in their home rink.

“We are aware of what Elmvale was able to do against a good Penetang team so we aren’t taking anything for granted at this point,” Rice added. “We know they’ve come back before and we have to anticipate a big push from them.”

If necessary, the Kings are slated to play on Saturday at 3 p.m. in Elmvale. Should the six point series require a fifth game, that contest would be held at Lehigh Arena on Sunday at 2 p.m.

In other Kings action, the Terra Vista Pee Wee Kings find their backs to the wall against the Parry Sound Shamrocks who swept Games 1 and 2 last weekend. With the Wellington Dukes in Trenton Friday, the Kings take over the Dukedome Friday night and host the Shamrocks at 8 p.m.