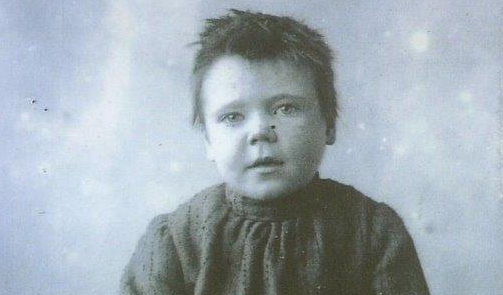 SENT OVERSEAS - Pictured is Edith Farr, the author's grandmother and impetus for her novel, The Doll in the Woodpile. (Submitted Photo Courtesy of Tanya Cooper)

Her grandmother, Edith Farr, arrived in Canada in the early 20th century as one of an estimated 80,000 poverty-stricken children who, more often than not, were swept off the streets of London and sent to Canada to work as domestic servants.

Though Cooper’s grandmother had a home and family, they were unable to care for her financially. 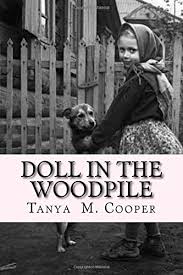 Cooper described a particularly compelling story told to her by her 90-year-old grandmother back in 1992.

“Before she passed away, my grandmother, who didn’t often talk about being a home child, shared a story with me that she had remembered. The story was about a doll she had that was given to her from her mother in England,” said Cooper. “When she was shipped over in 1908, she’d brought the doll with her. Many of the children weren’t really allowed to play a lot, so everyday when she’d go and get the cows, she’d hide the doll in a woodpile, then get it and carry it around with the cows, playing with it. Then, she would hide it again in the woodpile so it would ‘t be taken away.”

“When she told me this at 90, she welled up and said that at one point she went back and the doll was gone,” stated Cooper.

The process of sending impoverished children from England to Canada began in the 1880s and continued until the 1940s. This was carried out by several institutes, the largest of which being the Barnardo Institute.

It was 1908 when Sarah, the author’s great-grandmother, signed over her right as a parent to the Barnardo Institute.

“Some were orphans, but a lot weren’t. Some parents would sign them over temporarily until they got back on their feet,” explained Cooper.

Cooper stated that many parents, unable to handle their debt, were sent to work houses. Once their debt was paid off, parents would often go looking for their children, only to be told by the institute that they had been sent to Canada.

Many of these children were never reunited with their families, despite the parents’ wishes.

Despite the negative consequences, Cooper also describes some benefits to her grandmother’s experience.

“Thomas Barnardo, who began the Barnardo Institute, his heart was in the right place,” said Cooper. “He found a number of street kids and at the very least, when these boys came off the streets, they were educated.”

Unlike many home children, the story of Edith Farr ends happily. After her time as a home child, she met the author’s grandfather and grew her own family, eventually settling in Picton.

Nonetheless, this is a chapter of Canada history that Cooper felt was important to bring to people’s attention through her novel. If not for her own sense of family, then for the estimated 10 per cent of Canadians whose families were splintered because of this.

“I have yet to see this mentioned in history books,” she said. “We teach the 20th century history in grade ten, and as far as I know, there is no mention of the home children.”