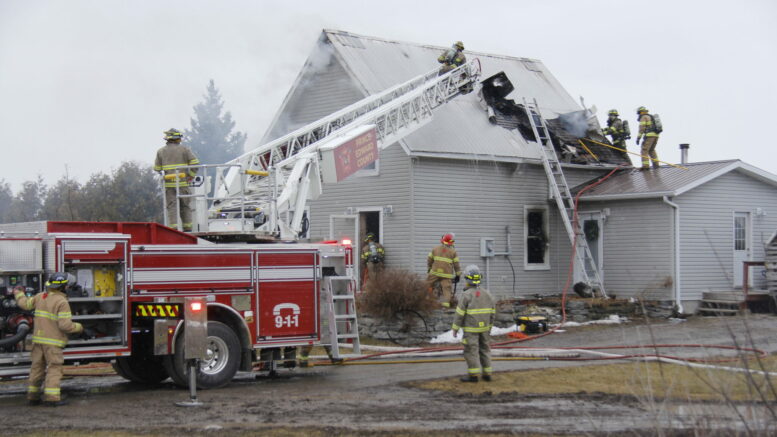 SUDDENLY ABLAZE A house fire at 1000 Salem Road on Friday started in the kitchen area and drew upwards of 45 firefighters. (Desirée Decoste/Gazette Staff)

The cause of a residential fire on Salem Road that destroyed a residence on Friday has been determined. 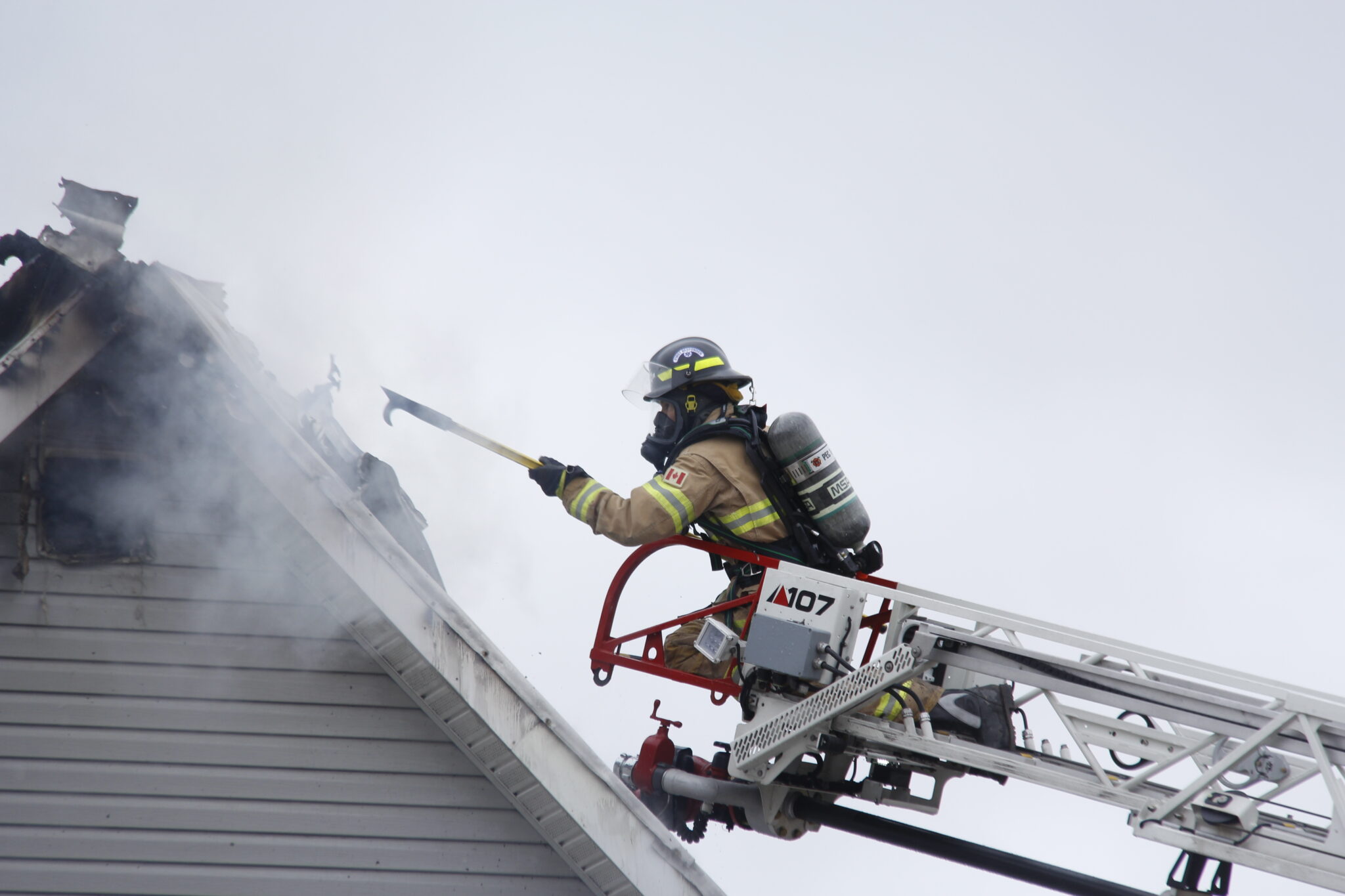 A fire call came in to Prince Edward County Fire & Rescue shortly after 1 p.m. via 911 when a neighbour noticed smoke coming from a house at 1000 Salem Road just southwest of Roblin Lake in central Ameliasburgh.

The fire, which started in the kitchen, led to significant damage of the second floor of the structure with the first floor sustaining and high level of water and smoke damage.

It’s believed a home appliance is the origin of the fire.

County Fire Chief Scott Manlow told The Gazette there were no injuries to the fire crew or the homeowner as he was working  in a nearby garage on the property.

The owner’s dog was luckily outside of the home as well.

A dollar figure in terms damages to the home were not made available to the Gazette but are considered “Significant.”